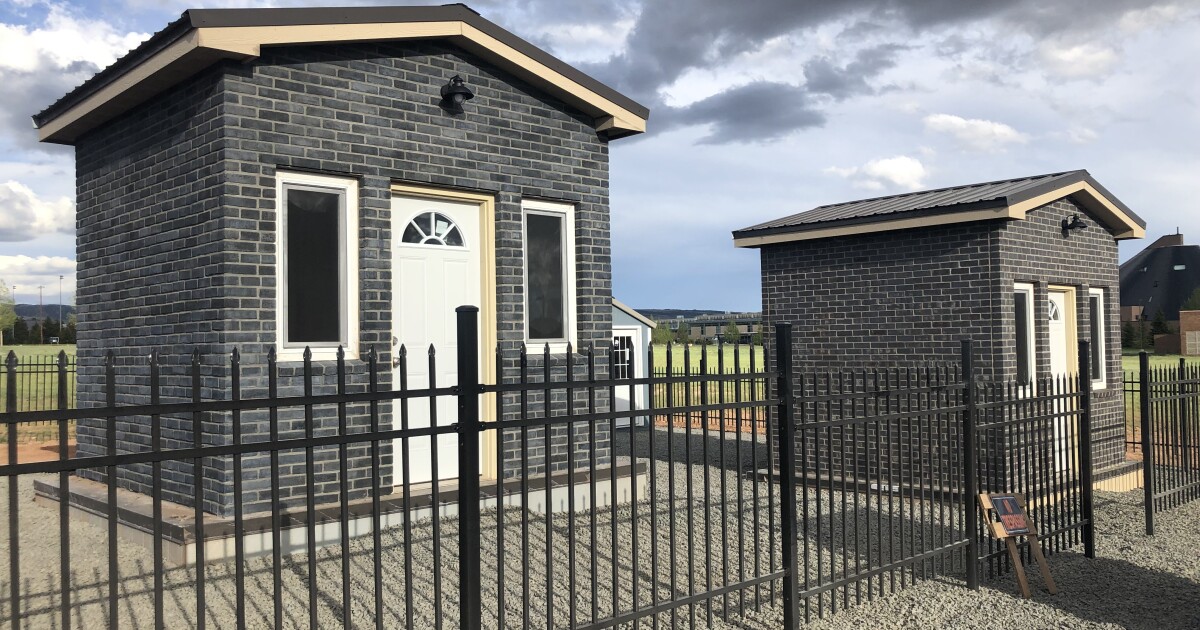 A University of Wyoming group hopes to show that building materials made from Wyoming coal are just as good, if not better, than traditional brick and mortar.

Just east of UW’s High Bay Research Facility are two nearly identical brick hangars. One of these demonstration houses was made from bricks derived from Wyoming coal using environmentally friendly processes. The other house is a witness, using traditional bricks and materials.

Over the next year, researchers from the university Carbon Capture and Conversion Center will see how the coal-derived house withstands various environmental conditions.

As the demand for coal as an energy source declines, the center seeks to find new, more environmentally friendly uses for Wyoming’s number one resource.

“Instead of destroying coal, which is what we do when we make energy and fuel-like products, in this case we are deliberately breaking it down using a proprietary process developed here at the university,” said Richard Horner, director of the Center. .

Horner said the charred bricks are almost entirely carbon, which gives them mechanical strength and other unique properties. Charred bricks are lighter than traditional bricks and more porous, so they could result in energy savings in transportation and cooling and heating the house.

“If we have airspace, that’s the best form of insulation in a building,” Horner said. “When we have porosity, we also benefit from what are called osmotic forces, which means that in cold weather, rain or cold tends to penetrate the pores and protect the interior of the house. and to keep the heat in. And in the summer we get the opposite effect. The pores become more open and we get more air conditioning through the brick itself, just by using the properties of the porosity .

Kim Lau is the graduate student behind the demonstration. She said after a year of performance testing, they would add a wider variety of coal-based materials, such as insulation, to the charred brick house. Then they can test a wider variety of building materials that may one day hit the market.

Coal mining releases methane into the atmosphere, one of the most potent greenhouse gases contributing to climate change. The manufacture of charred bricks, other building materials and other products derived from Wyoming coal does not change this.

But burning coal for energy releases carbon dioxide and a host of greenhouse gases – and new uses developed by the Center for Carbon Capture and Conversion reduce that.

Many of the center’s projects also have other green elements. Charred bricks, for example, are hardened in sunlight, avoiding the release of CO2 that would occur when firing a kiln to make traditional bricks.

Charred bricks are also recyclable. They can be pulverized and reformed into new bricks.