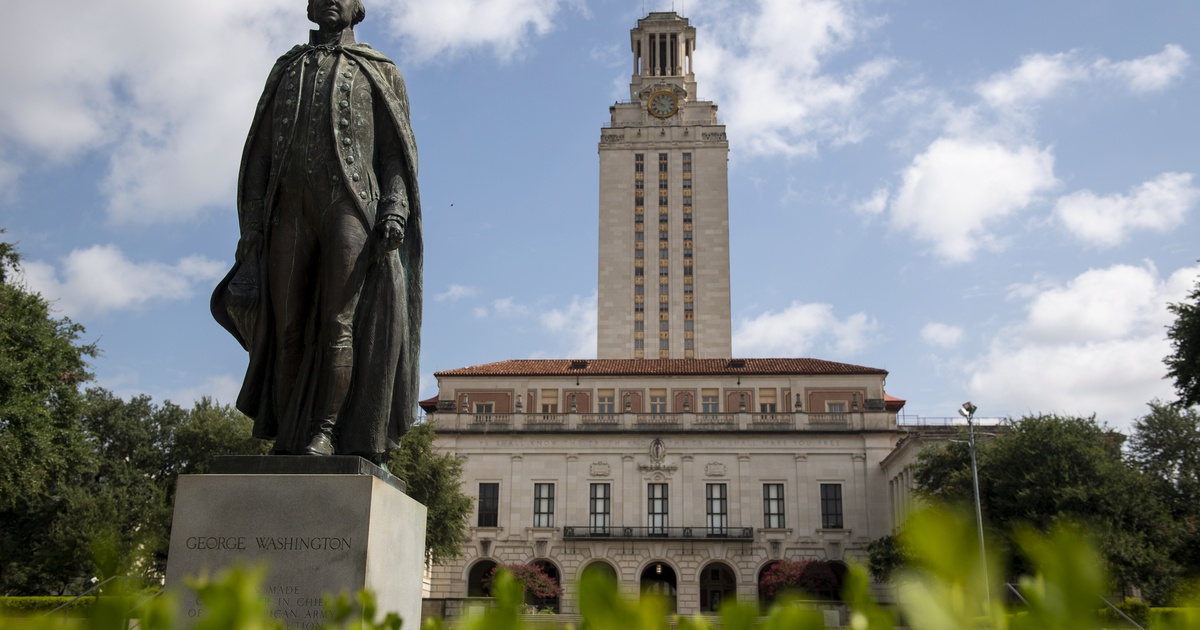 Sign up for The Brief, our daily newsletter that keeps readers up to date with the most essential Texas news.

The University of Texas at Austin has suspended a study into a program that teaches white preschoolers about anti-black racism, drawing criticism from several groups of teachers accusing the school of giving in to political pressure.

The research project itself is the target of a complaint to the United States Department of Education’s Office of Civil Rights, which claims it discriminates against children of color because only white children participate. The three researchers leading the study were asked to put their research on hold while UT-Austin administrators conducted a legal review of the complaint.

But some faculty members say the hiatus will negatively impact research and set a negative precedent that could allow anyone to “derail faculty research based on content they might disagree with,” according to a letter obtained by the Texas Tribune on Monday.

“Succumbing to political coercion, especially with regard to scholarship which confronts anti-black racism, white supremacy and all other forms of oppression, undermines the central office of a public university,” the letter said. “The university’s actions send a message that threatens to censor and cool faculty-based discourse against the central proponents of the First Amendment.”

In an email to the rector of the university, the researchers who conducted the study said that, based on consultations with people with experience with the Civil Rights Office and academic freedom experts, ” this is an atypical and unprecedented response from a university “.

UT-Austin’s Legal Advisors Committee on Academic Freedom and Accountability also sent a letter to UT-Austin President Jay Hartzell and administrators stating that they had been alerted by the three researchers that the the university’s action potentially infringed their academic freedom. The organization said it would investigate the allegation, according to a copy of that letter obtained by the Tribune.

The research complaint – and directors’ directive to suspend it – comes as conservatives in Texas and the United States wage a war on what they see as critical race theory. This academic discipline centers on the idea that racism is not confined to individuals but is embedded in policies and legal systems. Experts in critical race theory claim that the critics are in fact targeting any teachings that challenge and complicate dominant, white-centered narratives about America’s history and identity.

The Texas Legislature this year passed new restrictions on how public school teachers can discuss current events, encourage civic engagement, and teach the history of racism in the United States. Last month, State Representative Matt Krause, R-Fort Worth, asked school districts which books available on their campuses included about 850 titles, most of which include discussions about race or sexuality.

The GoKAR! Project, which stands for Kids Against Racism, is a program developed to create “opportunities for caregivers to engage in dialogue about anti-black racism with their preschool children at home”, using children’s videos and discussion guides, according to a recruiting flyer. on the school website. It was offered as part of the university’s experimental associate professor program and funded last year. He received a grant of $ 100,000.

Participants must commit from seven to 12 hours and earn a $ 25 gift card to participate. According to the leaflet posted online, the researchers wanted to recruit up to 200 pairs of caregivers and children to participate this fall. The flyer states that all participants must be white. The researchers said the study serves to further research on the potential impact of reducing bias and systemic racism.

The program garnered the attention of conservative media including Fox News and the Daily Caller. UT-Austin faculty told administrators in their letter that the decision to suspend the study after right-wing media reported it “is even more concerning, as it represents a response motivated by political pressure.” .

They call on UT-Austin to fully reinstate the study while the Civil Rights Office considers whether it will conduct an investigation. OCR investigations can take months and sometimes over a year.

Concerns about setting a precedent

According to emails obtained by the Tribune, UT-Austin Provost Sharon Wood sent an email to the three researchers Thursday evening asking them to “suspend delivery of any educational program material to volunteers who have agreed to participate in this project.”

â€œUT will work expeditiously to retain the services of an outside expert to conduct an objective review within an expedited timeframe,â€ said Wood.

On Sunday, researchers received a follow-up email that amended the guideline and said they must suspend ongoing recruitment and enrollment of new participants.

The university did not respond to the Tribune’s request for comment on Monday. The university posted on its website last week that school officials were aware of the OCR complaint.

“Because we also expect all research projects to comply with the law and university policies, the university conducts a legal compliance review of the complaint before launching this study,” indicates the website.

Yet, according to one of the researchers, Huriya Jabbar, they had started recruiting students to participate in October.

The three researchers who oversee the program declined to provide further details. They told Wood via email that they would cooperate with the legal review of the system, but asked the school to reconsider the request to suspend their work and expressed concern that the university’s decision to suspend their progress does not lead to unintended consequences.

“We are concerned about the precedent that has set, the door this opens for complaints by anyone to derail faculty research, the messages it communicates inside and outside UT, and the broader implications for the academic freedom of researchers at UT, “the email reads.

The complaint was brought by Mark Perry, a professor at the University of Michigan and a member of the American Enterprise Institute, a right-wing think tank in Washington, DC, who writes on economics. Perry has filed hundreds of complaints with the OCR against universities he says violate federal policies. Recently, OCR said it would investigate eight of the 10 complaints it has filed since March 2020. This includes its complaints against Austin jeweler Kendra Scott’s Women’s Entrepreneurial Leadership Institute at the College of Fine Arts at the UT-Austin and a meet and greet for first year female engineers at Cockrell School of Engineering known as “Chocolate Chats”.

In a letter to the US Department of Education, Perry argues that GoKAR! discriminates against children and caregivers of color by not letting them participate.

The professors argue in their letter that the research reflects the National Institute of Health’s guidelines for protecting civil rights in research.

“Research projects are often limited in scope for many reasons, such as the scientific interest of the principal investigator, funding limitations, recruitment requirements and other non-discriminatory considerations,” the guide says. “Thus, criteria in research protocols that target or exclude certain populations are justified when non-discriminatory justifications establish that these criteria are appropriate with regard to the health of the subjects, the design of the scientific study or the purpose of the research. . “

In their letter, the faculty at UT-Austin says there are several reasons the project is limiting participants to white students, including the size of the grant, consultations with experts in the field, and a review of current gaps in the literature.

“This limitation is important because the existing literature indicates that opinions, biases and the effectiveness of interventions vary across racial groups,” the professors wrote. “Sampling the study of a racial group ensures that its conclusions are more solid.”

Perry was not the only person interested in this research program, the professors say. UT-Austin McCombs School of Business professor Richard Lowery and Austin attorney Louis Bonham both filed open case requests earlier this month, requesting information from the research team.

Lowery declined to comment on the matter. Bonham wrote about the study on Minding the Campus, a libertarian-conservative website that focuses on higher education.