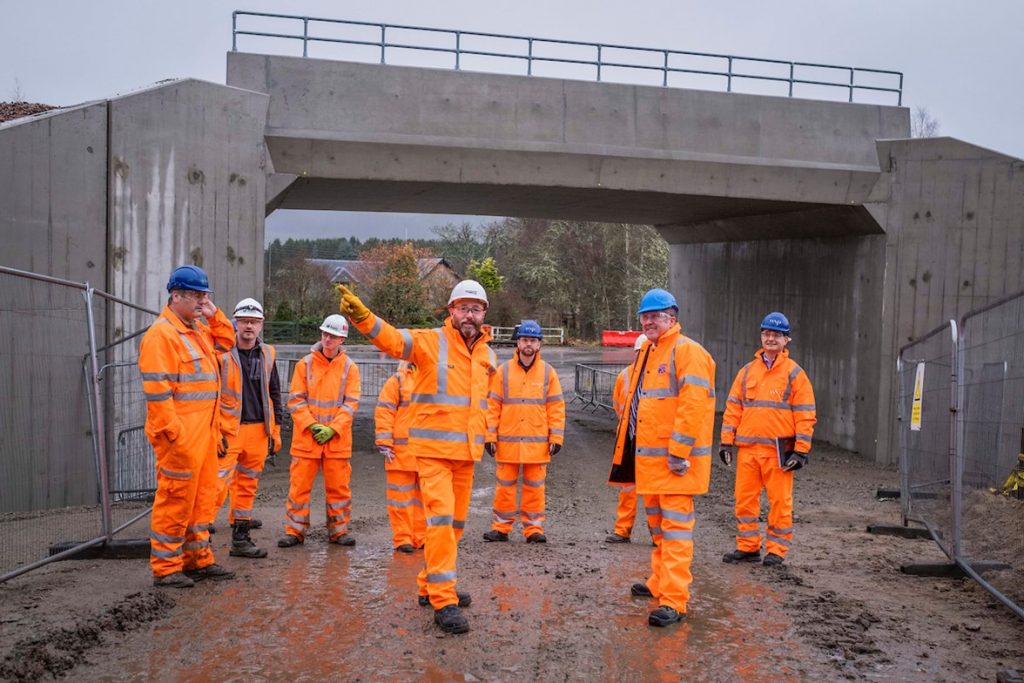 Transport Scotland said Balfour Beatty Civil Engineering, John Graham Construction and Wills Bros Civil Engineering are the latest three companies to compete for the contract for the next section of the A9 duplication project.

Scottish Government Minister for Transport Graeme Dey has revealed the shortlist of the £ 115million program, which will see a 9.6km section of the road upgraded, during a visit to the landslide site from the Lynebeg railway bridge.

The installation of the new bridge is being undertaken as preliminary works for the road project for Transport Scotland by the Bam Nuttall and Atkins Mouchel joint venture. The construction of the new bridge was completed on time, despite the poor weather conditions caused by Storm Arwen.

Dey said: “The successful installation of the Lynebeg railway bridge marks an important milestone for the A9 Dualling: Tomatin to Moy project, as the first tangible improvement in transport infrastructure as part of the preparatory work for the project. .

“Not only does this new structure protect and improve connectivity on the Highland Mainline in Scotland, but this work will help implement the ongoing A9 Dualling program and improve local infrastructure for the benefit of surrounding communities. “

In addition to the new railway bridge, further preparatory work for the A9 Dualling for the Tomatin section at Moy is expected to start early next year and will see the creation of a new route for non-motorized users (NMU) that will initially facilitate local travel. access to a new parking area and bus shelter on the B1954.

The NMU route, which will be further extended as part of the A9 Tomatin main doubling project in Moy, will encourage active travel, improve connectivity and safety for people living in surrounding communities, and remove the need for the local population to cross the A9. .

Transport Scotland said it plans to award the contract for the third section of the A9 doubling project in the second half of next year.

Dey said: “The announcement of the shortlisted contractors maintains momentum and shows further progress in the Scottish Government’s commitment to overtaking the A9.”