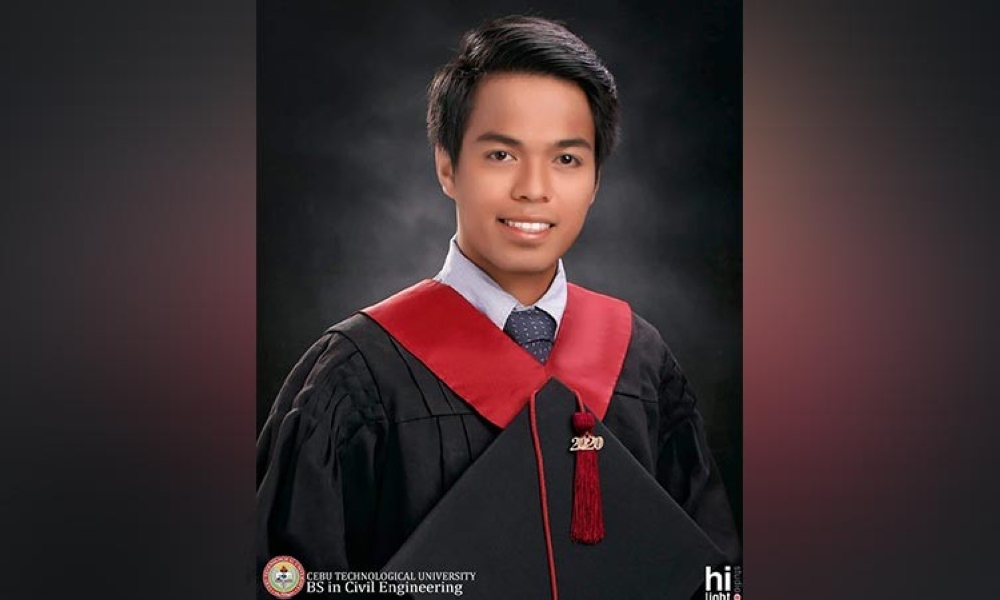 IN THE BLOOD. Angelo Hinayas Sigue was no stranger to success when he placed sixth in the recently concluded civil engineering bachelor exams in May this year. Sigue, 23, said he was inspired to succeed after his older brother, Ramel, also passed the same exams in 2015, landing in ninth place. / Photo added

MATHEMATICS will always be a difficult subject if you ask any student.

But for Cebu Technological University (CTU) graduate Angelo Hinayas Sigue, his fear of the subject did not stop him from claiming success in the recently concluded May 2022 civil engineering bachelor’s exam.

Sigue, from Lapu-Lapu City, placed sixth in the exams with an average of 92.60%. He was one of two Cebuanos who were included in the review’s best this year.

Besides Sigue, Kaizen Daniel Oriel, a graduate of the University of San Carlos, placed eighth in the exams.

In an interview with SunStar Cebu, Sigue admitted that he never thought of making engineering a profession.

But he decided to give it a shot after being inspired by his older brother, Ramel, who passed the same exam in 2015, finishing ninth.

“Engineering has never been my chosen field. There was even a time when I felt so depressed during my freshman year in college when I got a bad grade in math. But knowing that my brother also passed the exam, he inspired me and woke me up to study harder,” added Sigue.

Sigue, 23, is the fourth of five ice cream parlor siblings.

Sigue said he almost lost his motivation and interest in taking the exams due to the postponements that occurred following the coronavirus disease (Covid-19) pandemic.

But he was able to bounce back after being reminded of his goal of becoming one of the best in the exam.

“If you’re tired, rest and never give up. I keep repeating this in my head every time the frustration starts to consume me. It works every time because I really want to pass the test,” said he added.

To prepare for the grueling exam ahead of him, Sigue took part in several math competitions and quizzes while still a student.

The competitions, Sigue added, helped him hone his problem-solving and analytical skills.

Just before the release of the exam results, Sigue admitted that he was both excited and anxious.

“It took them (his family) until 1am to wait for the result. Then my brother woke me up to tell me the news. I was so happy, because I know that God has never abandoned me throughout my journey,” added Sigue.

Now that he is already a professional civil engineer, Sigue plans to expose himself more in the field.

He also plans to pursue a master’s degree in engineering to further his knowledge.

He said he was extremely grateful to all of his relatives and teachers, both at CTU and his exam center, who he said were the main reasons for his success.

Sigue also urged budding engineers like him to never give up on their goals and have strong faith.

“Keep the fire burning and always drive the nail to his head. When the time comes, it will be given to you. Just keep praying and always do your best,” he added.