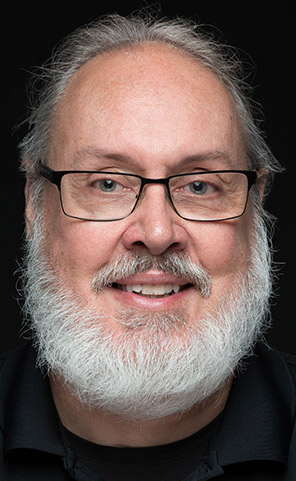 There is an interesting new trend in fiber construction. Some relatively large cities get fiber networks using microtrenches. Last week, I saw announcements of microtrenching projects in cities like Mesa, Arizona, and Sarasota Springs, New York. In the past, the technology was used for new fiber optic networks in Austin, Texas, San Antonia, Texas and Charlotte, North Carolina. I have seen recent proposals made to many cities to use microtrenching to build new fiber networks.

Microtrenching works by cutting a narrow cut an inch or two wide and up to a foot deep for fiber cable placement. The trench is then sealed with a special epoxy which is supposed to bond the hole so that it is as strong as before the cut.

Microtrenching got a bad rap a few years ago when Google Fiber walked away from a botched microtrench network in Louisville, Kentucky. The micro-trenching method used allowed water to seep into the narrow trenches, and freezing and thawing during the winter caused plugs and fibers to heave from the small trenches. Vendors backing the technology say they have resolved issues that surfaced during the Louisville debacle.

There is no doubt that microtrenching is faster than the more traditional method of drilling and placing conduit underground. A recent article quoted Ting saying that a crew can microslice 3,000 feet of fiber per day versus 500 feet with traditional drilling. Since a large part of the cost of building a network is labor, it can save a lot of money for fiber construction.

I’ve worked with cities that are very concerned about microtrenching. A microtrench is usually made in the street a few centimeters from the sidewalk. Cities are concerned since they regularly have to cut off the streets in this same sector to repair water leaks or react to leaking gas pipes. In many cases, these repair cuts are made in a hurry, but even if they aren’t, it’s nearly impossible to dig a few feet in with a backhoe and not cut the shallow fiber. This means a fiber outage whenever a city or utility makes such a cut in the street, with the outage lasting anywhere from a few days to a few weeks.

The biggest concern for cities is the sustainability of micro-trenching. Even though technology has improved, will the epoxy plug remain strong and intact for decades? Every engineer in town gets nervous seeing someone planning to make cuts on some pretty pristine city streets.

City engineers also get nervous when new infrastructure is placed at a depth they don’t consider ideal. Most cities require a fiber network to be placed a meter or more below other utilities like water and gas. They understand how many cuts are made on the streets each year and they can predict many problems with a fiber network that is regularly cut. City engineers don’t want to be constantly blamed for fiber outages.

There are new techniques that could make microtrenching less of a concern. In Sarasota Springs, New York, SiFi is digging microtrenches in greenways, the space between curbs and sidewalks. The company says it has a new technique to be able to feed fibers under and around tree roots without damaging them, minimizing damage to trees while avoiding the use of city streets. This construction method doesn’t seem as fast as full-speed microtrenching down a street, but it seems like a technique that would take most of the worry out of civil engineers – assuming it doesn’t really kill all the trees.

It will probably take a few years to know if microtrenching is a good solution in a given city. The willingness to take a chance shows how badly cities want fiber everywhere – after all, civil engineers aren’t known for taking risks. I have to imagine that in many cases the decision to allow microtrenching is approved by someone other than the engineers.