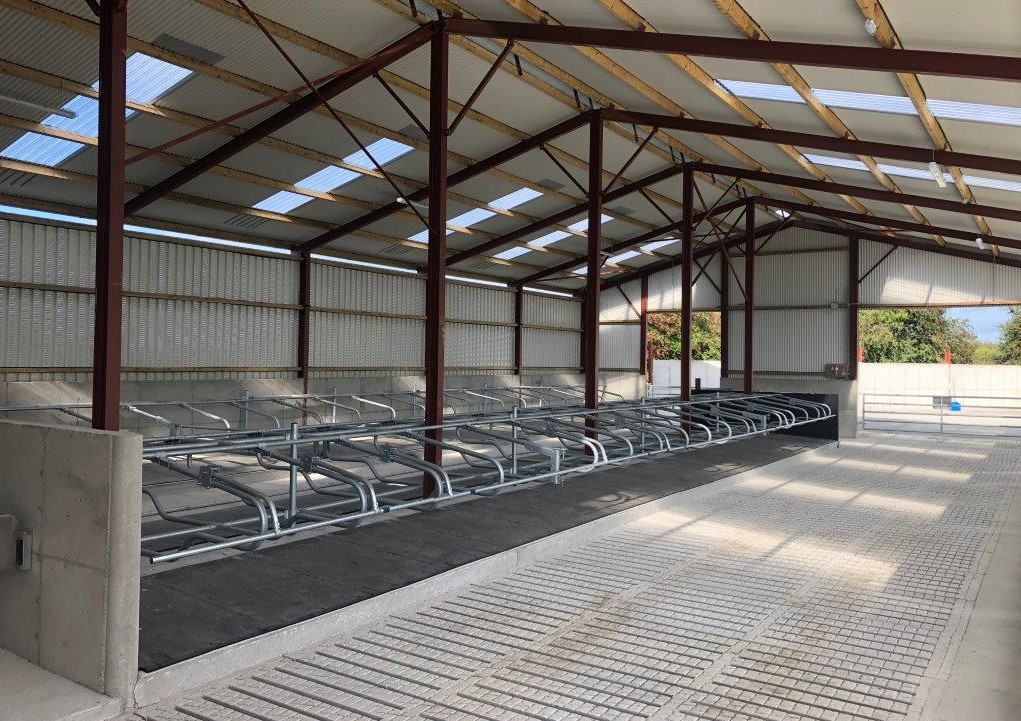 Agricultural tarpaulins have also seen a 100% increase since autumn 2020, and wood by 85%.

The rise in construction costs since 2020 has been well documented, but it appears that continued rising material costs mean that many farmers are now delaying any work until the costs start to reverse – to except for the few who simply have no choice but to build, but those are also dwindling in number.

Talk to Agriland On the current construction situation and also putting some numbers on the increase in materials seen since 2020, the Meath-based farm shed manufacturer said: “Business has gotten very quiet.

“Many farmers are putting off their jobs and you can’t blame them with the price of building materials. It’s chronic.

“I’ll give you an example of the increase in prices in a few weeks: I ordered steel on February 28, for a building site, and it cost 1,250 t € at that time.

“I haven’t rated any beams this week or last week, that’s just crazy. It’s now steel beams, steel IPEs, which are a bit cheaper, have also gone up by around €100/tonne.

“The figures that are circulating indicate that steel has increased by 50 to 60%, this is a far cry from reality,” continued the manufacturer.

“Timber prices have stabilised, but you still take standard 6×3 4.8m long timber which is €25 now.

“The tarps haven’t come up yet, but I say again; it’s gearing up for another price increase next month I’d say. Currently, tarpaulins used on agricultural buildings cost €15/m, an increase of €7.50/m compared to August 2020.

“At these prices, you can’t blame the farmers for not building and to be honest, if I were them, I wouldn’t be building either.”

Below is a breakdown of the increase in building material costs from August 2020 to March 2022, which the Meath-based shed manufacturer has put in place to Agriland.

‘TAMS II isn’t even worth it anymore’

Speaking of grants available to farmers to help construct new buildings on farms, the Meath-based manufacturer said they are now as good as valueless with how the costs have gone up.

“Even before all these prices went up, he was paying you when you got a 60% subsidy. It wouldn’t pay you if you got a 40% grant on the whole project, maybe it would be for the concrete or the tanks, but for the whole job, no, it wouldn’t.

“I was talking to a farmer I know who is gathering all his receipts and preparing everything he needs to get his TAMS II grant approved and claim the money.

“He was telling me that with all the increases in building material costs he went through building the shed, he would get a 38% subsidy rather than the 60% he was entitled to and that wasn’t not even a big shed.

“It was a standard 4 bay hangar with a lean-to and a creep area aft and an overhang over the feed area, but due to increased costs it has just cleared the value of the grant.

“As I said, I don’t blame anyone who doesn’t go ahead with a build. Even farmers who need to build or have had no choice but to build a shed have it. less because with rising costs on all fronts, whether it’s fuel, fertilizer or feed, it’s just not possible or feasible to do that now.