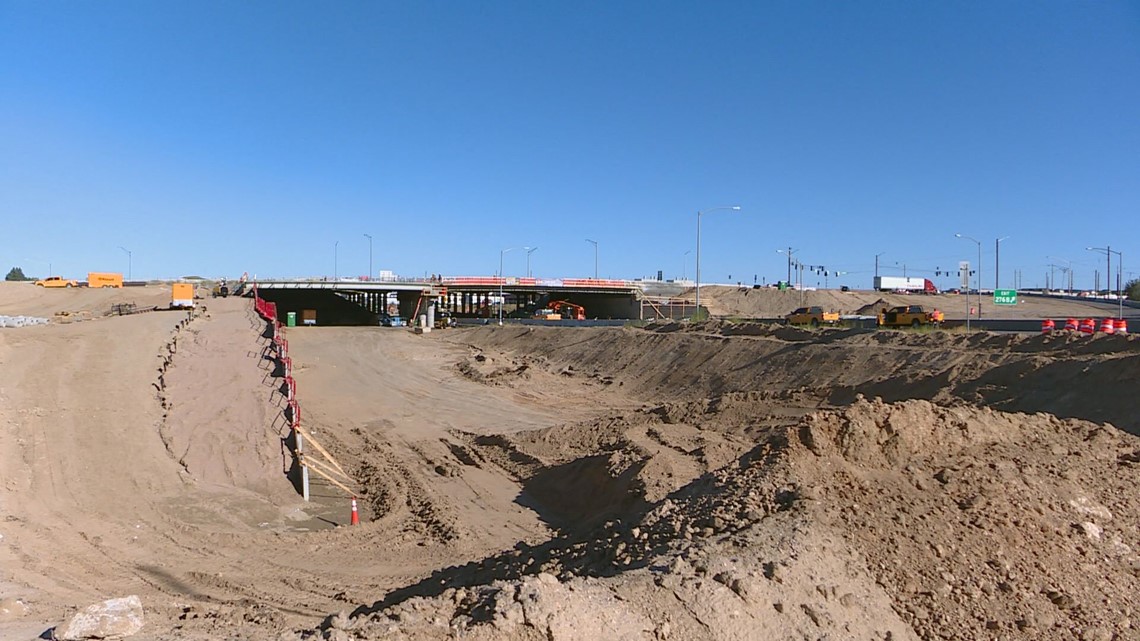 The project to widen the highway from two lanes on both sides to three lanes is entering its fourth and final year of construction.

CASTLE ROCK, Colorado – Drivers who travel regularly on Interstate 25 between Castle Rock and Monument may know that some relief is in sight for the Gap construction project.

The project to widen the highway from two lanes on both sides to three lanes is entering its fourth and final year of construction.

Since the start of the project, Colorado Department of Transportation (CDOT) invested 1.3 million hours to rebuild the 18 mile stretch. The multi-million dollar project will involve widening the shoulder, reconstructing bridges, new wildlife crossings and resurfacing the roadway.

The CDOT indicates that 620,000 tonnes of asphalt were used. To date, 75% of the paving is complete. Due to the progress made so far, drivers can expect fewer delays and closures throughout the end of the project. Most lane closures will take place at night.

â€œWe are getting closer. I guess I want to preach patience because we always say short term pain for long term gain for these kinds of construction projects,â€ said CDOT spokesperson Bob Wilson.

The budget from the start has increased. Initially, the CDOT estimated the cost of the project at 350 million dollars but had to increase it to 419 million dollars. The project has cost $ 35.7 million in salaries to be paid to field workers to date.

â€œIt’s the longest construction zone in the state – 18 miles. As you can imagine, this requires a lot of staff moving in and out of the area every day. It has also been good for the economy, â€Wilson said.

Three of the five bridges have been completed, as well as four wildlife crossings before the migration season during the winter.

CDOT urges drivers to remain patient over the past year, calling the process “short-term pain for long-term gain.”

There may still be a few lane changes, but not as many as before – a little smoother navigation as much of the project is complete, but there is still work to be done, â€said Wilson.

The project is expected to be completed by November 2022.