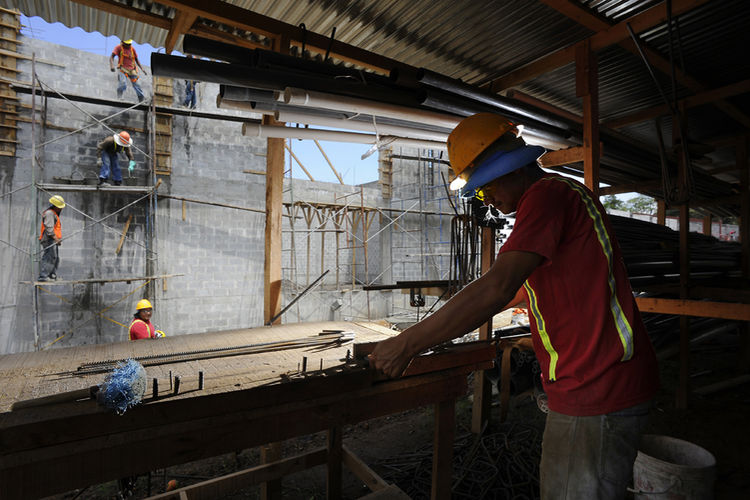 QCOSTARICA – Value Added Tax (VAT) – Impuesto al Valor Agregado (IVA) in Spanish – for engineering, architectural, surveying and civil engineering services will increase from 4% to 8% effective today, September 1, which has industry representatives concerned, due to the impact that this increase would have on the economic recovery of the country.

Data from the Monthly Economic Activity Index (IMAE) to June 2022 showed a 20.7% drop in the construction sector, the largest drop since September 2019, with a decline in building niches, too. both offices and apartments, medium and low social housing, industrial buildings, commercial premises and public infrastructure.

Despite the fact that in the first quarter of 2022 private construction increased by an average of 17.9%, for the months of April, May and June there was a slowdown in activity compared to the same month of 2021.

According to the Chamber of Construction, on average, over these three months, behavior reflected a drop of -13%, mainly driven by the significant slowdown in June.

Carlos Trejos, President of the Chamber, stressed that this VAT adjustment will have a severe impact on the economic recovery of the sector, affected by the current situation in the country and the cost pressures, due to the increase in prices international raw materials.

“The construction sector is going through a critical moment. The most recent IMAE data released by the Central Bank of Costa Rica shows a drop in levels of economic activity in our sector below those of February 2020, before the pandemic,” Trejos said.

From his point of view, certain variables have influenced this slowdown, such as the intense growth of costs and the general uncertainty regarding economic stability, which have made recovery difficult, so that the entry into force of this adjustment of the VAT will undoubtedly have a negative effect, not only for the sector but also for families and companies with construction projects.

This adjustment corresponds to the application of Law No. 9635, law to strengthen public finances (Ley of Fortalecimiento de las Finanzas Públicas), for the promotion of economic recovery, which established that the construction sector would benefit from a 100% exemption until August 31, 2021, then it would increase to 4% until August 31, 2022, and from from September 1, 2022, be 8%.

“Given the difficult situation that the sector is going through, on behalf of the Chamber of Construction, we consider it a priority for the government to take care of a series of key issues for the country that would complement the measures in terms of business facilitation – announced recently – because they need clear and forceful actions to promote economic reactivation,” said Trejos.

He stressed the urgent need to address the deterioration of national infrastructure and make decisive progress to achieve real change in the management of public works, based on better planning and carrying out pre-engineering processes. required.

Also, it is necessary to use mechanisms that guarantee competition on equal terms, as well as the best use of public resources; promote public investment as a mechanism for economic growth and improving national competitiveness.