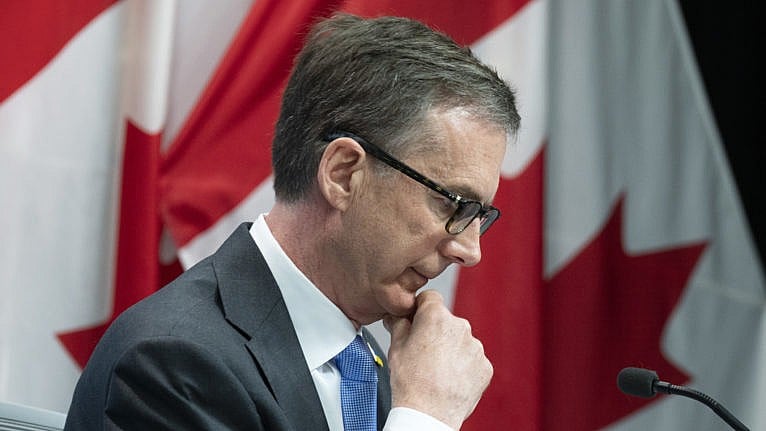 Welcome to an overview of Maclean’s Politics Insider newsletter. Sign up to receive it straight to your inbox in the morning.

The Bank of Canada has raised its key interest rate by highest amount in over 20 years and warns that more rate hikes are to come, reports CP.

Governor Tiff Macklem said inflation was too high: “The invasion of Ukraine has driven up the prices of energy and other commodities, and the war is further disrupting global supply chains. We are too concerned about widening pricing pressures in Canada.”

Unpredictable: In the Star, Heather Scoffield writes that no one can guess how the economy will react to the rate increase.

Nobody really knows how the housing market will react to a sharp rise in interest rates. Some people used their pandemic savings to pay off their debts, and they’re in good shape. Others used their windfalls to get into the housing market or to grow in size, perhaps getting in over their heads. No one is quite sure how the Canadian dollar will react to rising rates here and elsewhere even as commodity prices climb. So far, the loonie hasn’t had its traditional bounce, which means imports aren’t as cheap as once thought.

And nobody knows if the public will believe that the central bank has everything under control and we will be back to normal in two years. It doesn’t help that the favorite for the job of leader of the official opposition is actively attacking the credibility and integrity of the bank – and of Macklem.

Big rally: Speaking of Pierre Poilievrethe presumptive CPC favorite was in Calgary on Tuesday night, where it drew more than 5,000 people, the Calgary Herald reports, which is a lot of people for a campaign rally.

The G-word: At the same newspaper, Trudeau said it was “absolutely right” for more people to use the word genocide to describe Russia’s actions in Ukraine, although he did not use the word himself, CBC reports. .

Boomers versus millennials: In the World, Robyn Urback writes that Poilievre is “onto something” when he promises to remove barriers to housing, although she notes that he has no specific proposals to change anything, for good political reason.

Mr Poilievre only pledged to reduce the costs of enforcing zoning changes, or “government costs associated with building things”. There are a reason for his reluctance, of course: Mr. Poilievre doesn’t want to alienate existing homeowners who would be careless to see the value of their nest egg suddenly drop when a new quadruplex is built next door. It’s the same dance that politicians always play on housing: try to appease the millennials with words, studies and maybe a little money, but make sure baby boomers – who are more reliable voters and donors – stay happy in their $4 million structurally compromised bungalows.

No shelter: In the Double, Jen Gerson makes a similar point.

Houses are not places to live. It is an investment. They don’t exist to shelter people from the cold, they exist to stimulate the economy and keep seniors afloat on paper earnings until they retire. The shelter part is incidental. You could live in a cardboard box in certain lots in Vancouver and be a millionaire on paper. It is the same for the bank and the government. And as long as that parasitic industry in this country crushing young can convince you that you too can get rich beyond your wildest expectations just by working hard, saving, buying a house and paying off a mortgage during your golfing years, the scam is not going to stop .

Ideal zone: In the World, Andrew Coyne observes that politicians do not really want to reduce the price of housing, because it is bad for people who own housing.

We tend to forget it in most media coverage, but high and rising house prices are having far more beneficiaries than victims: two-thirds of Canadian households who own their own homes, versus the fraction of the others who would rather be owners than victims. lease. If you think rising prices are a hot political issue, just wait until mortgage rates go up, prices start to fall, and over-indebted homeowners go underwater. For the incumbent politician, therefore, the sweet spot is to be seen as doing something to reduce property prices, without actually reducing them.

Owners at the table: Speaking of people who own a home, Amanda Connolly of Global has an interesting story pointing out that about a third of the federal cabinet owns rental housing.

Harper vs. Charest: In the World, Campbell Clark has an interesting column on the CCP leadership race, using a tweet from Ben Harper to point out the bad blood that may still exist between Harper’s father and John Charesta subplot to watch in the current run.

Bad poll for Charest: Light has a new poll on potential matchups that show Charest struggling to connect.

Good poll for Poilievre: An Abacus poll finds about half of Canadians polled agree with the message in Poilievre’s launch video.

No try: Ottawa paid $20 million for COVID-19 tests from an Ottawa company that it never received because they never worked as promised, the To post reports. PHAC recognizes the money as a loss.

Contempt : Former Minister of Justice of Alberta Jonathan Dennis was found in contempt of court for threatening to sue the province’s former chief medical examiner in a civil trial, reports CP.

Justice Doreen Sulyma ruled on Wednesday that a letter sent last week on behalf of Denis was an attempt to intimidate Dr. Anny Sauvageau. Sauvageau is suing the province for $7.6 million in lost wages and benefits after his contract was not renewed in 2014.

Looks like a model: In the Calgary Herald, Don Braid notes, in disbelief, that three recent Alberta justice ministers are in trouble.

Tribute: In the Vancouver Sun, Vaughn Palmer has a moving tribute to the longtime British Columbia columnist Jim Humedied Wednesday at the age of 98. Take the time to read it.

Do you want more ?

Get the best of Macleanis sent directly to your inbox. Sign up to receive news, commentary and analysis.