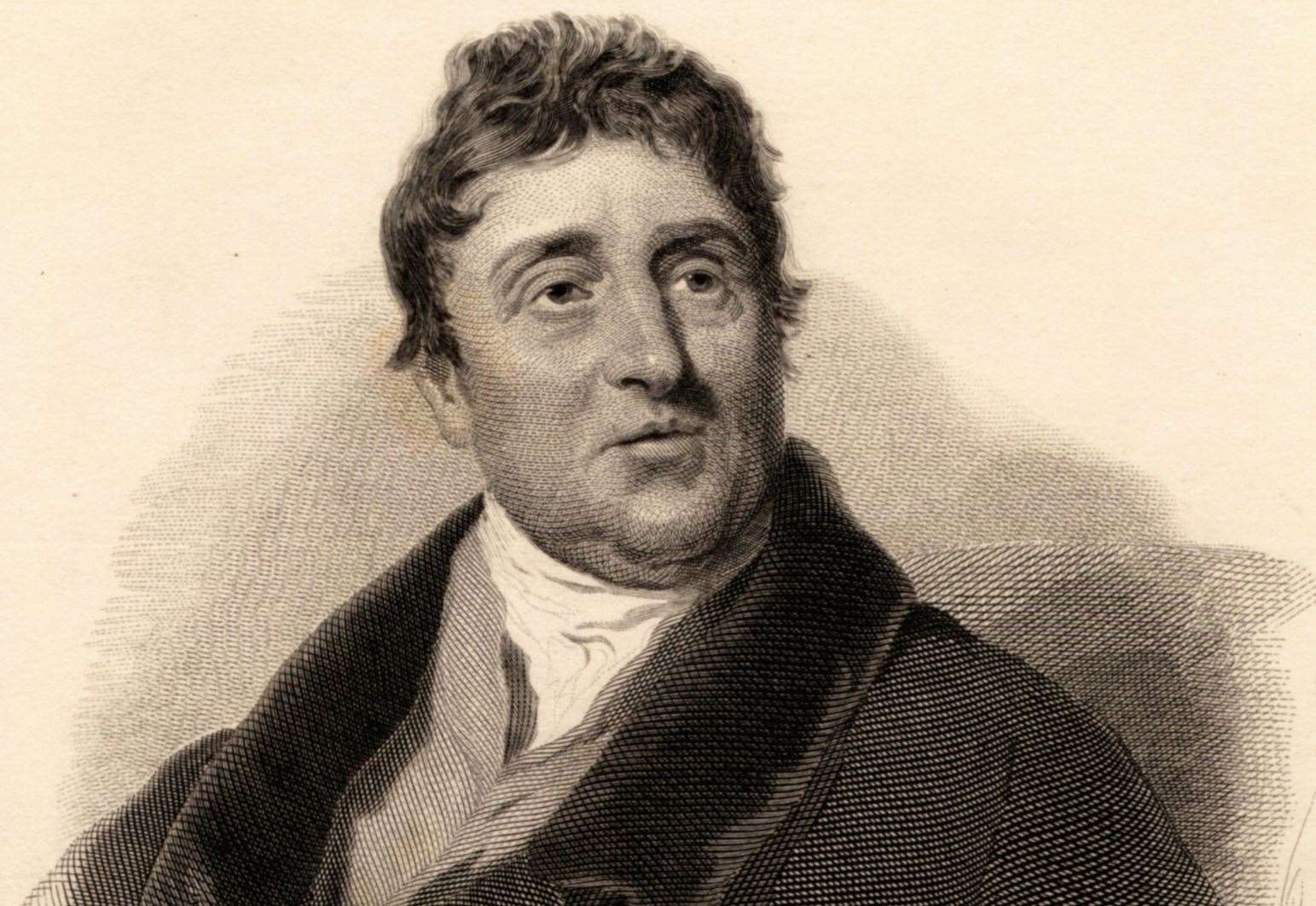 He was the “colossus of the roads”, builder of ports, bridges and canals, a powerful figure in the industrial revolution who is one of the most famous civil engineers of all time. In the many communities where he left his mark – notably in Caithness – his legacy lives on and his name is still revered.

Yet Thomas Telford (1757-1834) was much more than his seemingly indefatigable devotion to work, however prodigious his output. In a new book about the great man, author Paul A Lynn looks beyond what he sees as Telford’s somewhat one-dimensional reputation and paints him as a well-rounded character with a sense of humor, a penchant for for poetry, a love of the natural world, and “a talent for mingling with Highlanders both haughty and humble”.

Parts of the book center on an extensive six-week tour of the area by Telford and Poet Laureate Robert Southey in 1819, and the author explains how his perception of Telford was altered by reading Southey’s diary which remained unheard of for a century. “The poet’s interest in engineering and the engineer’s love of poetry had brought them together, and they got along wonderfully,” Lynn writes.

After working in England and Wales, Telford was called back to his native Scotland to address a range of social issues affecting the Highlands and Islands, including unemployment and depopulation. The Highlanders felt discouraged by poverty and repression following the two Jacobite risings, compounded by living in areas almost totally isolated from the rest of Scotland.

The book seeks to show how Telford’s program of work in the Highlands and Islands – from building roads and bridges to building the Caledonian Canal – had a profound and lasting influence on the social history of the region.

Lynn, a professional engineer, is the author of World Heritage Canal, The Lighthouse on Skerryvore and Scottish Lighthouse Pioneers and has amassed a wealth of knowledge of the maritime and civil engineering heritage of northern Scotland. A Scotsman Returns provides insight into Telford’s leading role in Wick’s rise as a major herring port through the engineer’s close ties to Sir William Pulteney – politician, landowner and Governor of British Fisheries Society, after which (of course) Pulteneytown was named .

The Scottish herring industry “grew at lightning speed in the 19th century,” Lynn writes, largely due to the development of new ports. “Telford began a lifelong relationship with the British Fisheries Society in the 1790s, giving free advice on many projects, including a new settlement and port at Wick, completed in 1811.”

Sir William had admired Telford’s earlier work and appointed him architect of a new town and harbor for the company on the south bank of the River Wick. A priority, says Lynn, was “a decent bridge” and Telford came up with a design for a three-arch masonry passage.

Telford’s design for Wick “included everything a self-contained fishing community needed”. Lynn writes: “Pulteneytown is considered by many to be Wick’s hidden gem, a fine example of Telford’s talent as an architect and town planner…Pulteneytown can still be imagined as the heart of a 19th century fishing port And if you have time to spare, consider a visit to the Wick Heritage Museum, perhaps followed by a small glass of Old Pulteney from the famous distillery founded in 1826.”

However, the story of Telford’s contribution to Caithness goes beyond the county town. Lynn notes how the last piece of road from Telford into the area was between Wick and Thurso, the route of the present A882/A9.

“On the way he built a beautiful bridge over the River Wick at Watten,” Lynn writes. “Most British villages have interesting histories and personalities, and Watten is no exception: it was put on the map in the 19th century by the infrastructure of Telford, and one of the houses at the crossroads of the village began his life as a toll on his new road.”

The arrival of the road from Telford to Thurso hastened the town’s expansion, says Lynn, but not to the extent of a major port and fishing fleet because, in the age of sailing, the Pentland Firth “had an abysmal reputation among sailors and anglers, especially when its swirling tidal runs were met by a headwind”.

While recounting the enormous growth of the herring industry, Lynn also assesses the reasons for its demise. “Fish were caught in large quantities off the east coast of Scotland in winter and spring, and off the north coast and Shetland in summer. By the middle of the century, tens of thousands of boats were engaged in trade, spurred by new railroads that gave rapid access to domestic and foreign markets.

“At the height of the herring boom in 1907, two and a half million barrels of fish were dried and exported, mainly to markets in Germany, Eastern Europe and Russia. So in the 1920s , the fishery, unregulated and heavily overfished, was unsurprisingly drifting towards collapse.”

The silver darlings have left Wick, but Telford Harbor is still a focal point for the town – now as a marina and offshore windfarm base. Reminders of his work are everywhere, such as the Telford Trail signposts inviting walkers to explore some of the history associated with him. A Scotsman Returns offers a chance to reflect on what Telford has achieved in this part of the world and perhaps assess the man himself in a new light.

Do you want to react to this article ? If yes, click here to submit your thoughts and they may be published in print.

Pre-construction work underway on the I-17 Improvement Project