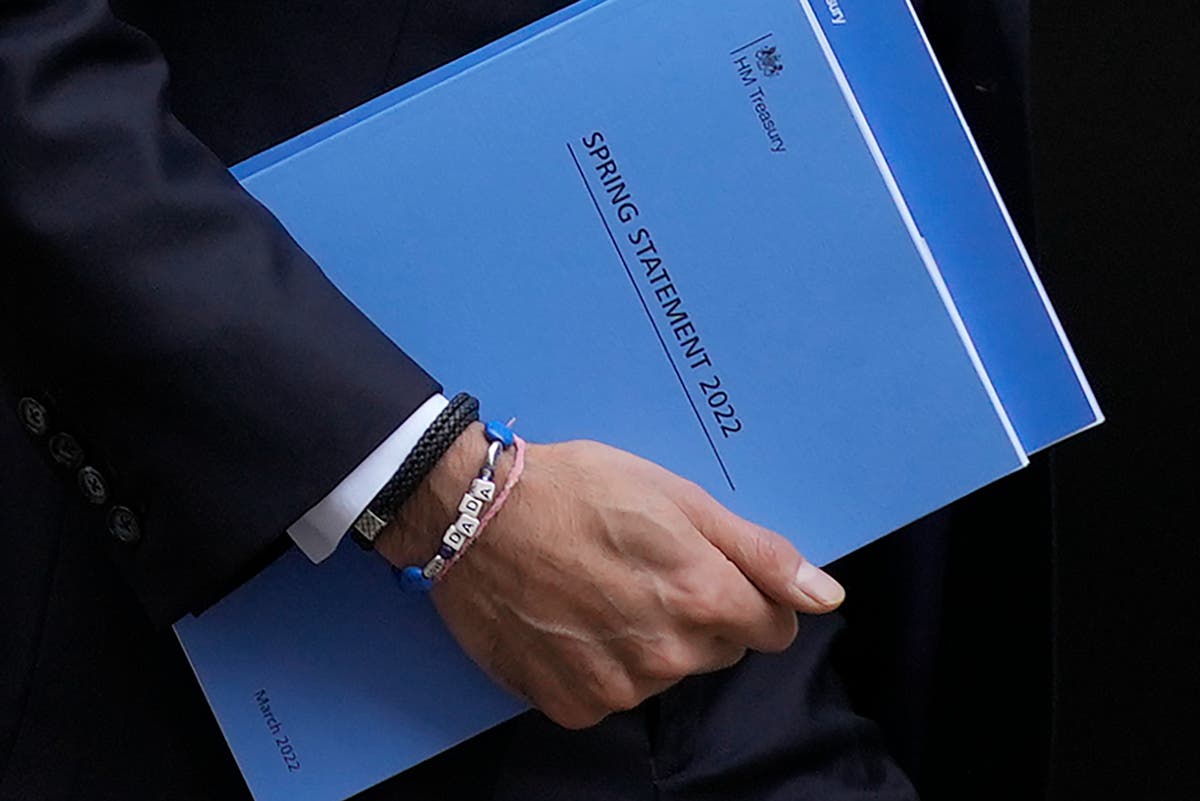 Spring statement analysis: Sunak’s announcements are low-key given the cost of living crisis

It has been almost exactly two years since Rishi Sunak unveiled a set of measures which, in his own description, were “unprecedented in the history of the British state” to protect workers, families and businesses from the impact of the first Covid lockdown.

Anyone expecting an equally dramatic response to the cost of living crisis – expected to be the worst since the 1950s – and the impact of the war in Ukraine in its Spring Statement will have been disappointed.

It was a curiously low-key series of announcements given the alarming scale of the challenge millions of Britons will face in their daily lives over the coming months. Even one of the most eye-catching freebies – 5p off duty on a liter of petrol – only wipes out a week of price increases at the pump.

We live in tumultuous and fast times and the Chancellor has at times given the impression that he is more concerned with fiscal cleanliness than with protecting those most exposed to the cold economic winds blowing from Russia. In economic, if not meteorological, terms, winter is approaching.

To the surprise of some commentators, there was nothing more to offset soaring energy bills beyond the £9billion loan and council tax refund scheme unveiled last month.

The Chancellor may be hoping that the fall in wholesale gas prices in recent weeks – partly a happy by-product of the glorious spring weather – means that the more apocalyptic forecasts for energy bills later in the year will prove far too pessimistic.

Projections shortly after the start of the invasion of Ukraine had suggested the bill cap could reach as high as £4,000 in the fall, clearly enough to cause widespread hardship and possibly even unrest civilians next winter.

But on current trends, bills will “only” rise to around £2,700. It’s still terribly bad and certainly enough to leave millions of vulnerable households facing incredibly difficult ‘heat or eat’ decisions when the cold weather returns.

In all likelihood, the Chancellor is waiting to see which direction wholesale prices go in the coming months before committing to further measures in the autumn budget. But it seems likely that he will have to step in again.

Economic forecasts compiled by the Office for Budget Responsibility suggest Britain can avoid recession, keep inflation below single digits and generate enough tax revenue for the Chancellor to cut the deficit significantly.

It was this optimistic assessment that enabled the Chancellor to “deliver on her promise” to cut taxes for hard-working families with a penny less than the basic rate of income tax by 2024. Hopefully that such a bold and pleasing promise to Tory backbenchers will not become a hostage to fortune two years from now.

Who knows in which direction the conflict in Ukraine will evolve in the coming months? Capitalism has a remarkable ability to adapt to difficult circumstances. But in a bleak scenario where prices for energy, fuel, food and other essentials continue their upward trajectory for the rest of the year, Mr Sunak may regret missing out on this opportunity to invest more in protecting the most vulnerable – and less in a £5 billion pre-election giveaway.