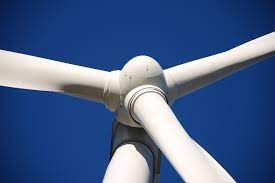 Spotlight on wind farms currently under construction in Mexico

Even though a cloud of uncertainty surrounds the large-scale renewable energy projects being built in Mexico, various wind farms are still expected to come online over the next two years.

The deployment of new wind projects was less affected than the development of solar projects last year. While the Department of Energy Sener’s 2021 figures show a significant drop in new solar capacity additions last year compared to 2020, wind additions increased slightly over the same period.

However, as the BNamericas database shows, many generators still face permit hurdles across the various stages of development, and a higher proportion of wind projects have been affected.

Some 13 wind projects tracked in the database have been canceled or suspended over the past two years, or 27% of the total. In solar, that number jumps to a staggering 31 projects over the same period, although this is a smaller proportion of the total at 19%.

Some 35 remaining wind projects are in various stages of early work and construction, while the number of active solar projects is 130. Many of these said they did not have key permits, but continue their development in the hope that a change of administration in 2024 will lead to an overhaul of licensing requirements.

Parts of Mexico are also limited by barriers to transmission.

Energy Minister Rocío Nahle said the country needs to review Tamaulipas state’s transmission capacity, given that its generation capacity has exploded thanks to its large wind footprint.

The state now has 1,725 ​​MW of wind capacity and generates 10.8% of Mexico’s total electricity demand, which current authorities say is the result of inadequate long-term grid planning and of the indiscriminate licensing of production under the previous administration.

According to Nahle, the government and the electric utility CFE plans a 609 km extension of the state network, which will require an investment of 9 billion pesos ($450 million), although the company has not yet determined where the additional funds will come from, said The Minister.

Here is a list of wind projects currently labeled as being under construction in Mexico.

This US$500 million, 400 MW wind farm in the state of Campeche has been under construction since September 2018. Although energy regulator CRE expected it to come online in March of this year, there was no news about the start of operations.

The US$250 million Vientos de Coahuila project in the state of Coahuila was reportedly at an advanced stage of construction in the first quarter of the year, with no estimated completion date given. has been made public.

The $86 million Mesa de Morenos wind farm in Zacatecas state has been confirmed to be under construction in late 2021. An estimated completion date for the 84 MW project has yet to be announced.

The US$60 million San Pedro wind farm in Querétaro state would have been 99% complete by the end of 2021. There is currently no news regarding the start of operations.

Mold and your home – what you need to know