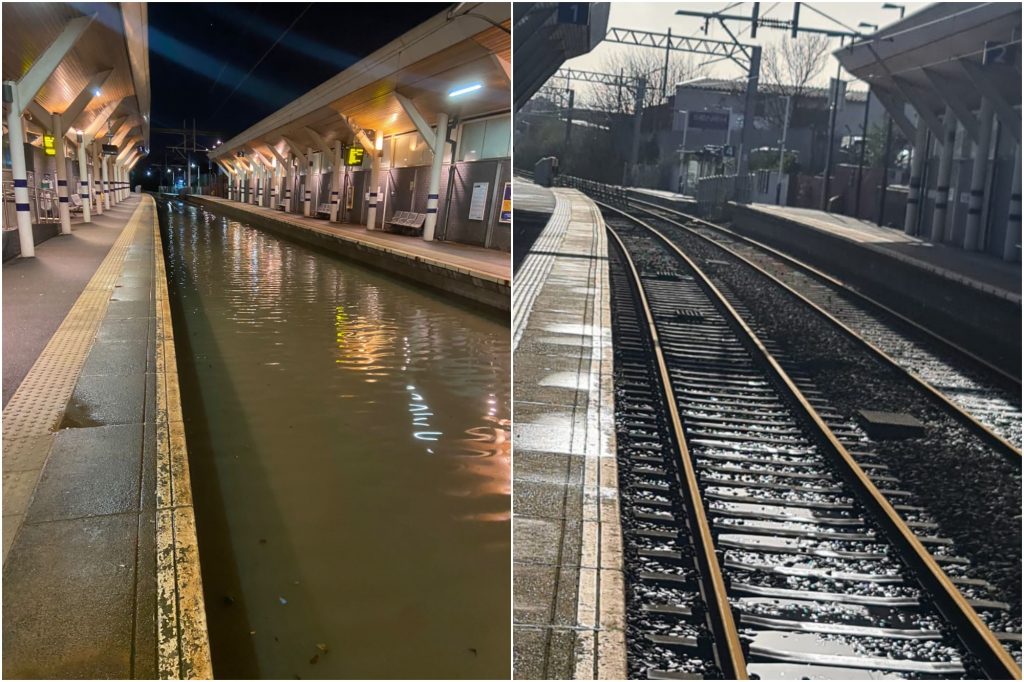 The station was preemptively closed on February 19 based on the Environment Agency’s river level readings, giving them plenty of time to remove critical equipment from the ground before flooding.

However, it is unlikely that anyone would have expected the level of water that would flow into the station. By the time people woke up for what would have been the Monday morning commute, Storm Franklin had forced the Don River out of its banks. Water had gushed through the station and left the space between the two platforms looking more like the entrance to a log ride at a theme park than a set of train tracks.

Engineers spent three days pumping water on the train line between Aldwarke and Tinsley – a stretch of around 8km – even as water and rain continued to arrive at the scene. As they succeeded in bringing the water down to a manageable level, further damage was discovered, which also had to be repaired before the station could open.

After working non-stop for several days, Network Rail engineers ensured the station was fit to resume service by 10:00 a.m. Wednesday.

Network Rail North East Route Manager Matt Rice said: ‘Storms Franklin, Dudley and Eunice have brought relentless challenges to the railway over the past week, including significant flooding in Rotherham .

“Our crews have been working 24/7 pumping water from the tracks and working to get the railway back into service for South Yorkshire passengers. I would like to thank people for supporting us as we deliver a safe and reliable railroad.

Railways were particularly hard hit by the trio of storms last week. Eunice felled so many trees on the lines and hit such high winds that all trains from London were halted on Friday. Work to clear lines across Wales and the South East continued over the weekend.

Britain’s infrastructure of all kinds, including rails, roads, bridges, airports and power stations, have struggled with the impact of the storms.

However, one of the wind winners was the Tottenham Hotspur Stadium, which was able to show off its expertly designed roof.

Supplement to the press release: Notice of extraordinary