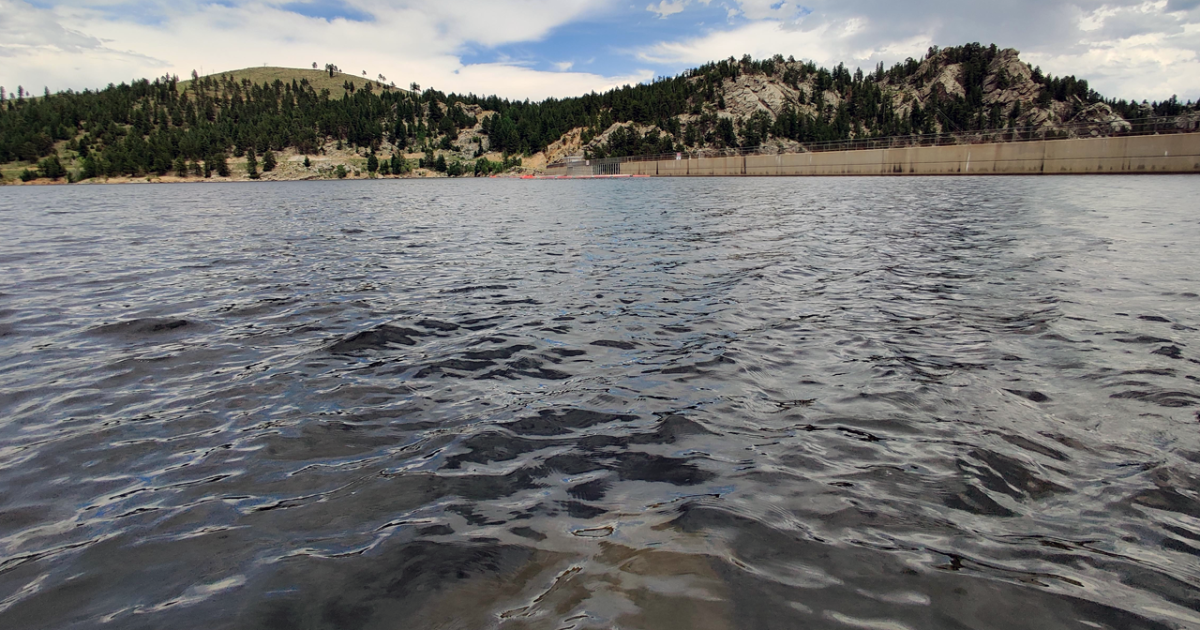 Raw tank will remain closed for weeks after engineer’s death

The employee, who was identified Tuesday as Matthew Liu, 28, died Saturday. He was driving a dump truck carrying about 7,000 pounds of rock when the road gave way near the Gross Reservoir Dam. The truck rolled down an embankment before sliding under the water.

The Colorado State Patrol determined that the truck, which fell into the water shortly after midnight, was approximately 43 feet under water. During the day, rescue divers recovered Liu’s body.

Liu had six years of construction experience. At the time of his death, he was working for Kiewit Barnard, which Denver Water hired for planning and pre-construction work at Gross Reservoir.

The reservoir and recreation area have remained closed since then. This includes water activities, hikes and picnics.

Denver Water announced Wednesday morning that recreation around the reservoir will remain closed to the public for several weeks. Crews still need to remove equipment from the tank – a process that will begin with surveying the area to ensure extraction resources are able to reach and remove equipment underwater.

“This incident will have a lasting impact on all of us. We send our thoughts to the friends and family of the engineer who tragically lost his life and recognize that the road will be long for many, especially our extended family at Kiewit Barnard, said Jim Lochhead, CEO and Director of Denver Water. “We now ask for the patience of the public as our contractor works to safely remove the vehicle from the tank and for all parties involved to fully investigate and make the necessary changes to ensure another accident like this this does not happen again.”

For years before this project, Boulder County leaders strongly opposed it. However, in early November, county commissioners acknowledged that the chances of winning a lawsuit to stop the project were slim. They agreed to the settlement at a public meeting on November 2.

As part of the settlement, Denver Water will provide more than $12.5 million to help mitigate construction impacts, which is a $2.5 million increase from what the utility company had. previously announced that it would provide. Additionally, Denver Water said it would transfer 70 acres of land to the county to be added to the Walker Ranch open space. In exchange, Boulder County cannot challenge Denver Water’s assertion that the project is exempt from review, the commissioners said.

According to Boulder County, the settlement addresses these four main points:

The settlement came after Denver Water filed a federal lawsuit in July 2021 alleging Boulder County officials were blocking a local permit that was needed for the utility to begin the long-planned reservoir expansion. Following this filing, Boulder County announced that the crude reservoir expansion proposal was on hold. In an August 10, 2021 motion, Boulder County asked federal court to dismiss Denver Water’s lawsuit, saying the utility company “lost a case in state court seeking to stop the review of the project by the county”. A federal judge was ready to hear arguments if a settlement was not reached in November, according to the Denver Post.

In 2019, Denver7 went 360 on the many opinions regarding the expansion, specifically how unhappy Boulder County residents are with the expansion.

Denver Water describes the project on its website here.