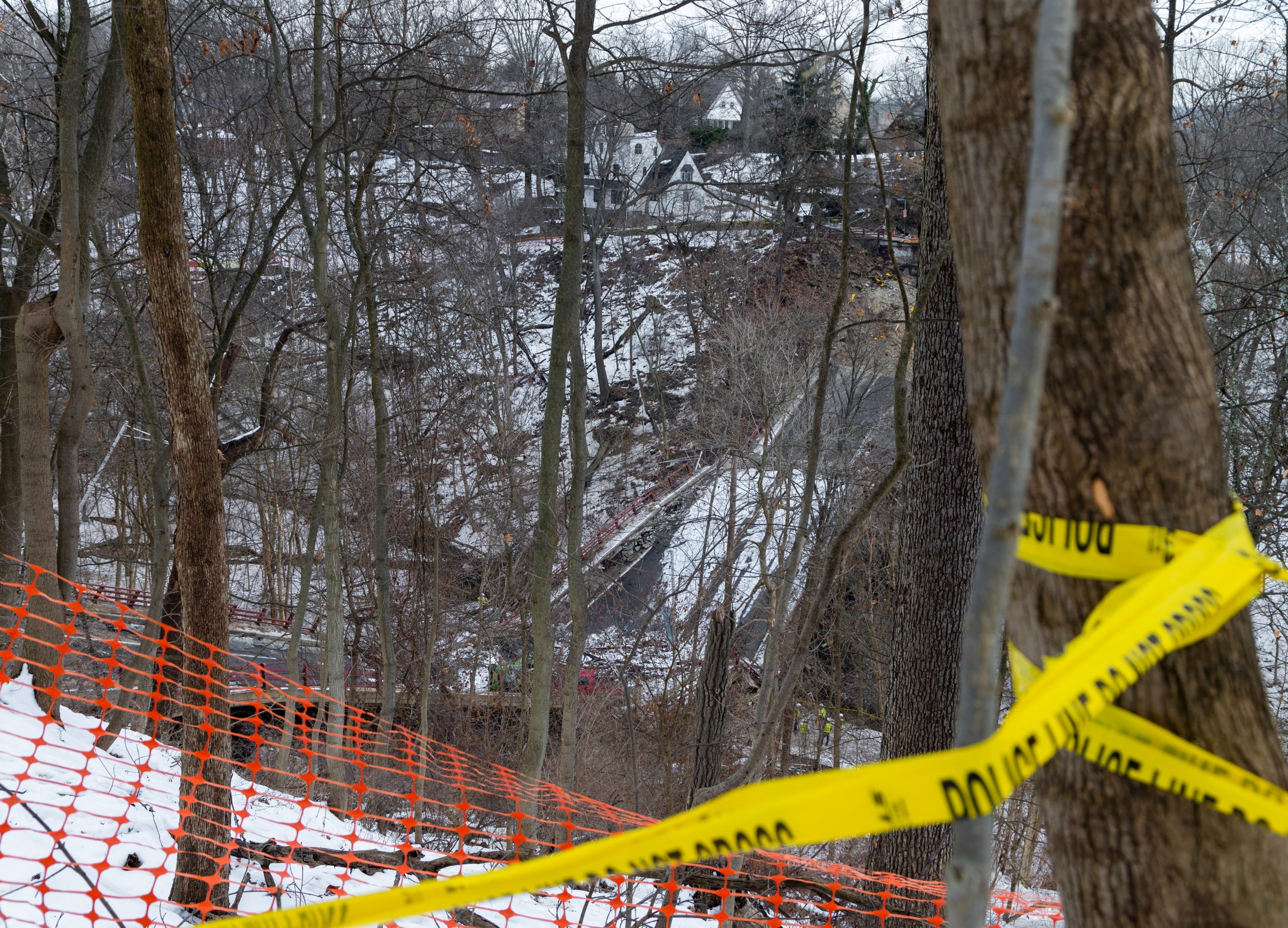 “Poor” bridges are considered safe by experts, but require investment

As the condition of area bridges came to the public’s attention after Friday’s collapse at Frick Park, many wondered how the widespread deterioration had escaped the general public’s consciousness for so long.

The next logical question for many, after it’s been widely reported that 174 other bridges in Allegheny County have the same “poor” rating as the failing Fern Hollow Bridge: what else is keeping these bridges from collapse?

The short answer, civil engineering experts told PublicSource, is that bridges rated “poor” are generally safe to drive on. The rating (which is four, on a scale of one to nine) means that repair work is needed to prevent the condition from worsening further, but experts said the inspection system of the State is effective in identifying and closing bridges before they are in danger. failure.

“This was a disaster and sadly one that happened in our district,” said Cheryl Moon-Sirianni, the PennDOT district executive for District 11, which includes Allegheny County. “But luckily it’s a situation that doesn’t happen very often and that’s thanks to the due diligence of these bridge inspectors.”

Bridges are inspected at least every two years, with some in worse condition being inspected more frequently. The federal government sets standards for inspections, and Pennsylvania inspectors must take a course and be certified by the federal government. Components are rated on a scale of one to nine, with one being “imminent failure” and nine being “excellent”.

Kent Harries, an engineering professor at the University of Pittsburgh who specializes in bridges, said the abundance of poor grades shows that our infrastructure is deteriorating, overall, but “there is no imminent danger “.

Jason Zang, PennDOT’s assistant district manager for construction, said the ratings mean “there is some deterioration on the bridge, but it’s still safe to be open.”

Harries said the thoroughness of bridge inspections can vary from state to state, but Pennsylvania’s inspections are well done. “I would absolutely trust him,” Harries said.

Nationally, the president-elect of the American Society of Civil Engineers, Maria Lehman, cited statistics: she said that drivers in the United States make 178 million trips on poorly rated bridges every day: ” And we don’t see bridge failures very frequently.You’re much more likely to die in a simple car accident while driving on a highway.

The cause of the Fern Hollow Bridge collapse won’t be known until the National Transportation Safety Board completes its investigation, which will likely take more than a year. The most recent inspection, in September 2021, deemed the bridge safe to use.

The Fern Hollow Bridge was one of six of its type in Pennsylvania, known as the “K-frame” bridge. The type has no redundancy in its support design, WESA reported, and requires more rigorous inspection and can be more expensive to maintain. A PennDOT spokesperson said the agency will conduct field assessments of the five remaining bridges in light of the Fern Hollow collapse, and all five are currently rated fair or better.

Some bridges, including about 30 in Allegheny County according to state data, are “posted for load,” meaning there is a posted legal limit for the weight of a single vehicle crossing the bridge. .

Lehman said load limits are determined by a mathematical formula, with engineers entering inspection data and indicating how much weight the bridge can safely support.

Enforcement of the limits, however, is up to local law enforcement. Harries said it is extremely difficult for authorities to monitor and enforce limits, especially in urban areas where there are no weigh stations like there are on highways.

“For the most part, it’s unenforceable,” Harries said. “There are a lot of bridges marked in Pittsburgh, and you see big trucks going by. And personally, I just hit the brakes and stay back, you know.

PennDOT officials mostly declined to comment on the application, saying it was a law enforcement matter. Moon-Sirianni, who was asked if the limits were correctly applied, replied: “I hope so, but we can’t answer that for sure.”

The Pittsburgh Department of Public Safety did not provide information about the application at the time of publication.

Harries said the vehicles that were on the Fern Hollow Bridge when it collapsed – including a Port Authority bus – were not heavy enough to exceed the bridge’s posted limit.

“You can’t drive a really big, heavy truck in Pittsburgh,” Harries said, though he noted that concrete trucks and some larger fire trucks are exceptions.

Bridges are a part of life in the Pittsburgh area. Last week’s collapse has left many wondering about the security of the infrastructure they use every day.

Although information about the condition of the bridges has been publicly available online, it took a catastrophic collapse in Pittsburgh for many people to catch on to the current infrastructure crisis.

Should poorly rated bridges be marked with road signs so drivers can be warned before using a bridge – like health inspection ratings posted on restaurant doors?

Harries said the concept would not be beneficial because bridges rated “poor” are not considered unsafe by engineers and those that are unsafe are closed as soon as authorities identify that hazard.

“I suspect it wouldn’t be constructive,” Harries said of such a posting system. “It strikes me that this won’t solve anything and we’re not going to fix bridges any faster.”

Zang said the state ratings, while posted publicly online, are primarily for internal management at PennDOT and local authorities and not for the public.

“These condition ratings are more of a tool for transportation departments to get an idea of ​​the overall condition of their bridges,” Zang said. “They are not intended to scare the public or cause concern.”

Moon-Sirianni added that inspectors go through extensive training to assign the ratings, and without that training, “I don’t think [the public] understand what they mean.

If the public gets anything from reading the notes, Harries said, it should be that the region and the country are facing a systemic problem.

“They should understand that it just doesn’t affect the people of Regent Square,” Harries said. “It’s really affecting the functioning of this whole region…Without resources, the poverty is getting worse.”

Charlie Wolfson is PublicSource’s local government reporter and Report for America staff member. He can be reached at [email protected] and on Twitter @chwolfson.

These fact-based local reports are having an impact and creating change. Help fuel that impact.

James Baldwin wrote, “Not everything that is faced can be changed, but nothing can be changed until it is faced.” PublicSource exists to help the Pittsburgh area face its realities and create opportunities for change. When we shine a light on the inequities in our region, such as the “completely unacceptable” conditions in McKeesport social housing, things change. When we ask about the decisions of policy makers, like how Allegheny County handles the safety of its employees in the face of COVID-19, things change. When we push for transparency on issues that affect the public, like in the use of facial recognition software by the Pittsburgh police, things change.

It takes a lot of time, skills and resources to produce journalism like this. Our stories are always made available for free so that they can benefit as many people as possible, regardless of their ability to pay. Corn as an independent, not-for-profit newsroom, we rely on donations from our readers to support this crucial work. Can you donate any amount (or better yet, set up a recurring monthly donation) to ensure we can continue to report on what matters and tell stories for a better Pittsburgh?

Highest unionization rate in Quebec since 2006