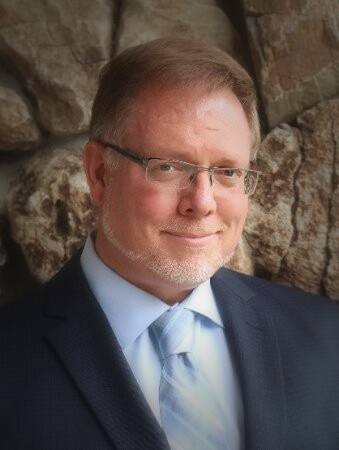 The City of Petaluma has completed its months-long search for a new director of public works and utilities, announcing this week that Christopher J. Bolt will take on the role in mid-September.

Bolt, a native of Iowan with more than eight years of experience leading public works departments in Wisconsin and Michigan, will assume the role as the city embarks on a 25 million street improvement program. dollars and amid threats of drought and wildfire.

The appointment comes just under three months after former director Jason Beatty stepped down after about 16 months on the job, citing a desire to spend more time with his family. City engineer and Petaluma native, Gina Benedetti-Petnic, served as interim manager in the search for Beatty’s replacement.

Bolt has spent over 30 years in civil engineering, public works, utilities and infrastructure management. He has served as an Assistant Administrator for Jackson County, Michigan, and General Manager of its Department of Transportation since 2014.

â€œI really enjoy leading employees and serving communities,â€ Bolt said in a press release Monday. â€œI believe that public works and utilities have a direct and tangible impact on the overall quality of life of a community every day.

One of the city’s largest departments, the Department of Public Works and Utilities oversees the Ellis Creek water recycling facility, the city’s marina and airport as well as the streets, public transport and water from Petaluma. In recent years, the department’s leadership has also played a vital role in the city’s Emergency Operations Center, a city-wide task force responding to various crises, such as the coronavirus pandemic and , increasingly, managing the city’s response to wildfires and evacuee crowds from across the county.

Beatty was first hired by the city in 2016 as a Senior Civil Engineer, a position he held for two years before becoming Deputy Director of Public Works and Utilities in 2018. Following the As former manager Dan St. John’s retires in 2019, Beatty has taken over as interim manager. before taking up the position permanently in February 2020.

Prior to Beatty’s promotion to head of the department, Principal Dan St. John’s held the position for eight years. Bolt will be the department’s third director in the past three years.

â€œWe are delighted to bring someone to our team with Christopher’s wealth of experience and passion for the environment,â€ City Manager Peggy Flynn said in a press release. â€œOur public works and utilities department is an important part of what keeps Petaluma running – leading it requires vision, creativity and a lot of expertise. “