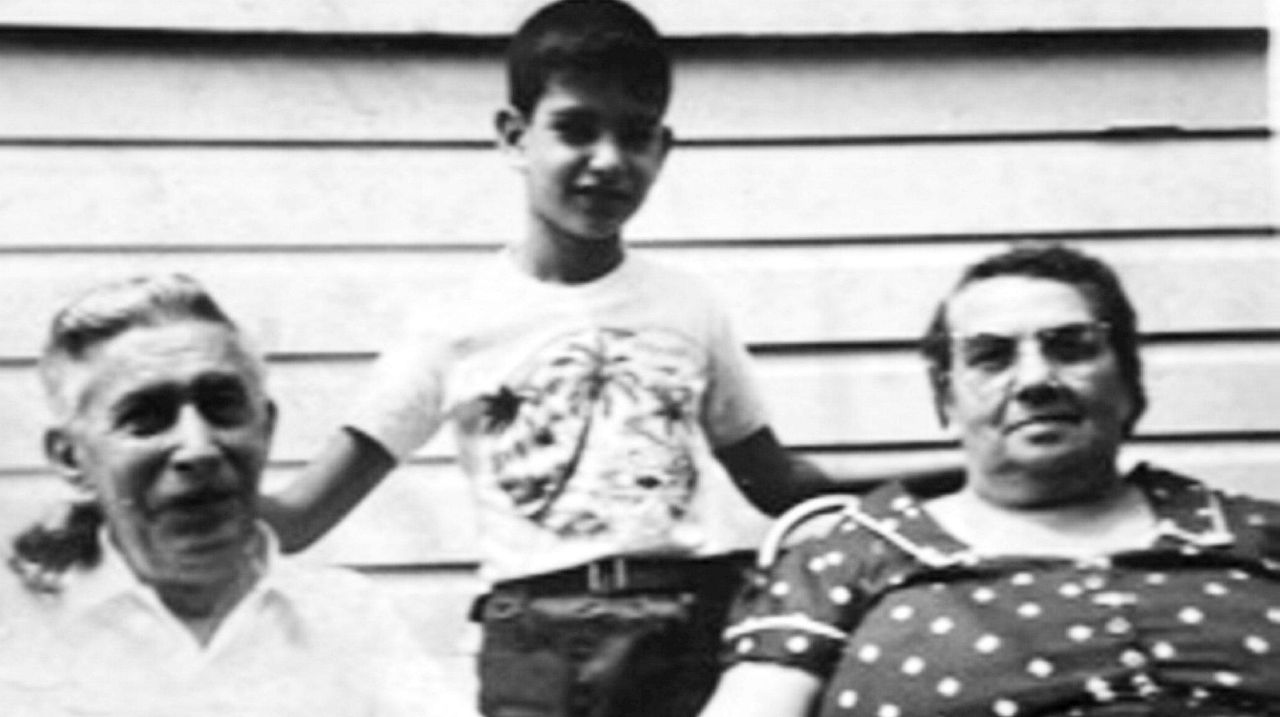 Over two floors at this Elmont house

It was 1931. The broken down truck loaded with building materials left Hempstead Turnpike on one dirt road, then another and another until they reached Keller Avenue. For months, my grandfather Jack and his friends made the arduous journey from the Bushwick section of Brooklyn to his future slice of heaven in Elmont.

They had cleared the land by hand and were ready to begin construction. But they had to meet the inspector first. My grandfather – “Papa” – had checked and rechecked the map.

The inspector, however, told him that the land he had cleared was not his. His property was the adjacent lot where he and his friends had thrown all the trees they had cut down. The newly cleared land was for sale, but my grandfather didn’t have the money to buy it. A friend, Joe Stallone, bought it and they all built his house first. It took them another three years to finish daddy’s house.

My Uncle Pat was seriously injured while installing the telephone lines, and at that time, if you couldn’t work, you were laid off. He found himself without income or medical coverage. So he, his wife and two children moved in with my grandparents into their small apartment. My mother and aunts all left school in eighth or ninth grade to work in the Garment District to pay the medical bills.

A year and a half later, Uncle Pat was back on his feet and working. After Papa’s two-story house was completed, he decided he’d like a basement, one big enough to throw parties and celebrate the holidays. Uncle Pat was grateful for the kindness of the family, and if Dad wanted a basement, Uncle Pat would build him one. Nights and weekends, he dug the basement alone, one shovel at a time. It took him two years, then he built a big table to celebrate the holidays.

My grandmother Giovanna – “Nonna” for the children – loved her new life in America after arriving from Sicily in 1912 at the age of 22. Every time she came home, she kissed the kitchen floor. And then, in the 1930s, telephone service was installed.

Be the first to know who they are supporting this election time.

In the afternoon, Nonna was having coffee with a neighbor who was beginning to have “visions”. She told my grandmother specific things about our family in startling detail. At first my grandmother was scared, but she quickly thought she understood. She suspected that her neighbor was listening to his phone line. The family, and even the phone company, insisted they would never have neighboring homes on the same line.

So my grandmother made up three tales and asked her daughters to call her for three days, telling Nonna’s made up stories. Indeed, the neighbor was telling him about them. Nonna changed her phone line.

Aunts and uncles loved to help my grandparents. Uncle Joe, who lived in Franklin Square, loved to fish and he brought eels to cook in Elmont, where most of the house numbers were down. For example, No. 3 was next to 81. One day, a family argument two blocks away brought the police. Howling sirens, they entered our block, looking for the right house.

Uncle Joe, who was cleaning the eels, came out to see what it was. His arms were covered in blood, knife in hand, as he watched the police pull up and pull out of their car, guns in hand. My grandmother, in her broken English best, explained the situation and belittled the police. Fortunately, no one was killed.

Growing up elsewhere in Elmont and Franklin Square, I heard these stories about this parent house. Many of the family are gone now, but they live on whenever I remember these stories from their early lives on Long Island.