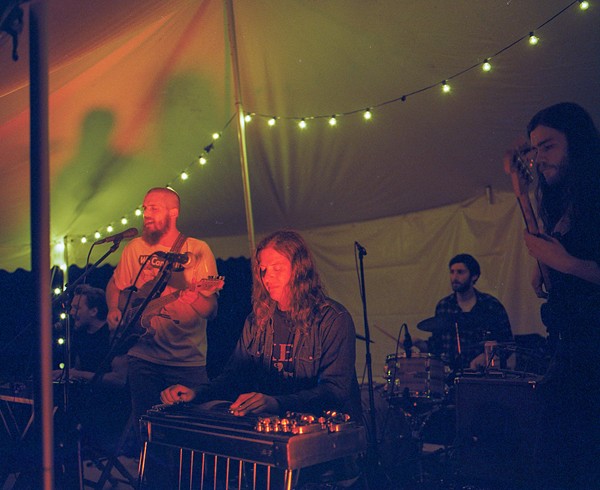 The creative voice behind OCP is Chris Sikon. Hailing from Concord, Sikon has for years performed tunes ranging from rough and rowdy protest songs like “I Dreamed America was On Fire” to the tender, hand-in-hand ballad “Can’t Help But Loving You”. The group’s self-titled debut album was released in 2020, followed by Murder! in 2021, and already have a third album in the works.

Sikon had a band called, simply, Me several years ago before moving to Texas for a while. When he returned to Cleveland one Christmas, he was pleasantly surprised when he stumbled upon an Honky-Tonk party at the Winchester in Lakewood and saw that there were some like-minded musicians tapping into similar influences. and playing complementary music to what he was working towards.

With artists like Corey Grinder, Joe Wunderle, Austin Stambaugh, Mike Uva, Merry Go Ronders and Joseph Allen Beltram coming out of the Rust Belt, there has clearly been a growing recovery of the Country Western / Americana genres in Cleveland.

“I think we have something really special going on here in Cleveland that is really starting to develop,” Sikon said.

Ohio Civil Power is Sikon and “the boys,” as he calls them, which includes his brother Matthew Sikon on keyboards and guitar, Steve Kessler on drums, Nick Yanosko on bass, and Tebbs Karney on steel pedal. Corey Grinder, whose group The Playboy Scouts was recently featured on NPR, will occasionally join them on violin. The Sikons are a musical family: Sikon’s sister, Jess Sikon, leads the Cleveland dream band John’s Little Sister.

Their father and uncles are musicians, and on road trips they have been exposed to such figures as Willie Nelson, The Eagles, BB King, Hank Williams, and Eric Clapton.

“There were always instruments around when I was growing up and once we got old enough to hold and play them, he showed me a few things and we picked them all up,” Sikon says.

OCP, it should be noted, does a heart-wrenching cover of Willie Nelson’s “Laws of Nature” on their latest album.

“You would probably think of us as Outlaw Americana,” Sikon says. “It’s basically just a musical militia with guitars and shit instead of guns.”

Get an American education from anywhere in the world

Venezuelan youth have a long-term strategy for building democracy. Biden should…