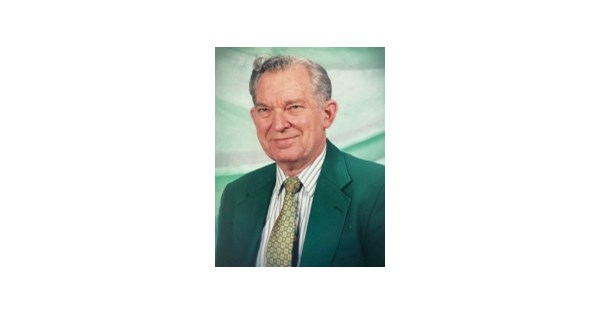 By Jennifer L. Carter Last updated Aug 31, 2021
0
Share
David Orton Karickhoff, 85, of Huntington, WV, died on Saturday August 28, 2021 surrounded by his family at Cabell Huntington Hospital following a brief illness.
He was born on April 8, 1936 in Spencer, WV, to the late Orton R. and Greta (Crislip) Karickhoff.
David graduated from Marshall University in Civil Engineering in 1958, where he was a member of the Sigma Alpha Epsilon fraternity. After graduation, he began working in the United States Corps of Engineers Department of Hydraulics in Huntington, where he worked for 45 years. He and Maudie married in 1964. David also completed 20 years of active service in the West Virginia Army National Guard, earning his wings and the rank of captain in the Special Forces. After retiring from the Corps in 2003, he worked with Habitat for Humanity as a regular volunteer for over 10 years. David and Maudie were active members of the Johnson Memorial United Methodist Church during their 57-year marriage, where David served in several ways, most recently as their Sunday School class treasurer.
Over the course of his life, David developed a passion for many things including playing guitar, golf, skiing, and volunteering as a member of the ski patrol at the Canaan Valley Resort, finishing antique furniture, and collecting fine porcelain and silver. He was a great thinker and student of Civil War and baseball history, a huge fan of westerns, a talented bridge player, and most importantly a husband, father, grandfather, brother and a devoted and loving uncle.
He was predeceased by Orton, Greta, his mother and stepfather, Ruby (Chadwick) and Walker Booth of Wayne, and his sister, Carolyn (Karickhoff) George.
David is survived by his beloved wife of 57 years, Maudie (Booth) Karickhoff, his daughters Jane Ann (Glenn) Chrumka of Stow, Massachusetts, and Connie (Andrew) Colvin of Parkersburg, his grandsons David and Adam Chrumka , and Brady and Garrett Colvin, sister Merrell O’Shea of ​​Vienna and brother John Karickhoff of Fairfax, Virginia, special nephews Jeff and Greg George, as well as many other nieces and nephews.
Visits will take place from 6 p.m. to 8 p.m. on Wednesday, September 1. at the Klingel-Carpenter Mortuary in Huntington. Masks will be compulsory. The funeral will be at 11 a.m. on Thursday, September 2, 2021 at the Johnson Memorial United Methodist Church, led by Reverend Teresa Dean. Masks will again be mandatory. Interment will follow in the Dickerson section of the Memorial Gardens Community Cemetery near Wayne. In lieu of flowers, donations can be made to the Jim Ray Community Charitable Fund at Johnson Memorial United Methodist Church

Posted by Klingel-Carpenter Mortuary on August 31, 2021.