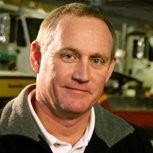 After 19 years as head of public works for the Village of Oak Park, John Wielebnicki has retired. Always friendly and knowledgeable, Wielebnicki took a hands-on approach to public works, leading by example and taking over during difficult times.

“During his time with the village, he built an incredible management team and set high expectations for the level of service provided to residents,” said acting director of public works Rob Sproule, who worked under Wielebnicki. both as Forestry Superintendent of Oak Park and, most recently, Deputy Director of Public Works.

Wielebnicki’s last day of work was June 24, but his contributions – and there are many – to the village will last for years. During his tenure, Wielebnicki oversaw several large-scale capital improvement projects, from the construction of the Public Works Center on South Boulevard in 2000 to the reconstruction of Lake Street, the latter coinciding with COVID-19 guidelines. on shelter-in-place. He also oversaw the landscaping of the streets of North Avenue, Chicago Avenue, Marion Street, and Roosevelt Road.

“John was an outstanding public servant and an incredible leader,” Sproule said.

During his tenure, Wielebnicki saw over 35 billion gallons of clean, safe drinking water delivered to the community and oversaw the installation of over 16 miles of new water pipes, 14 miles of new sewer lines and the repaving of 300 driveways. The village resurfaced over 60 miles of streets and laid about 40,000 sidewalks under Wielebnicki’s leadership.

He does not consider any of these notable feats to be his greatest achievement. These are “only part of the work” of Wielebnicki. What he is most proud of cannot be quantified in miles, gallons, metric tons or any other unit of measurement.

“My favorite project has been helping develop my staff as professionals,” he said. “That has been the most rewarding.”

Wielebnicki knows that the success of a public works department depends on more than just major infrastructure improvements. He never left aside his day-to-day responsibilities such as coordinating leaf pick-ups and working with waste haulers. And he still found time to talk easily and cheerfully with residents and reporters.

Despite his department’s long to-do list, he was also known to offer a few cheeky tips from time to time, such as last September when the West Nile virus claimed the lives of scores of birds in Oak Park. The Public Works Department is not responsible for the removal of animal carcasses found on private property. Wielebnicki found some sort of loophole and ordered Wednesday Journal readers to safely push the dead beast onto public land.

“I’m not going to split hairs here. We try to help people,” he said at the time. “If you take it out on the street or the alley, we’ll pick it up.”

This hands-on approach defined Wielebnicki’s time as Director of Public Works. He didn’t just delegate but worked alongside his staff, even taking part in some of the department’s less than desirable tasks.

“Yes, I picked up trash,” he recalls with a laugh.

The strike lasted about a week and a half, but throughout it never asked non-managerial public works employees to help with garbage collection out of professional and personal respect.

“Because we respect our unions to observe other strikes, we have not forced them to pick up trash,” he said.

Oak Park Sustainability Coordinator Marcella Bondie Keenan had the pleasure of working with Wielebnicki as a consultant on the Rain Ready Oak Park project before joining the Village staff. She praised him for being so forward-thinking and communicative.

“He is truly an expert in this area and he will certainly be greatly missed,” Bondie Keenan said.

Wielebnicki could fill a suitcase with his qualities. He received a degree in civil engineering from the University of Illinois at Urbana-Champaign and is a state-licensed professional engineer, as well as a LEED Accredited Professional with the Green Buildings Certification Institute. He also holds an Illinois Class C Public Water Supply Operator’s License and was past president of the suburban branch of the Chicago Metropolitan Chapter of the American Public Works Association.

Prior to being hired as head of the Oak Park Public Works Department, Wielebnicki had held several public works positions in the village of Elmhurst, rising to the rank of Director of Public Works there.

“I don’t even remember the number of village presidents, but a lot,” he said.

And many village trustees too. All, he said, supported the public works department and excellent colleagues.

Throughout his long career, Wielebnicki’s favorite memories were spent in Oak Park, fishing for wedding rings in storm drains and camping in his office during snowstorms because the conditions were too dangerous to drive there. He compared it to sleeping on an old ship.

When he retires, he plans to spend a lot more time on real ships. Well, boats. Wielebnicki has just bought a second kayak. He is looking forward to kayaking with his wife in Wisconsin. Fishing is also on the agenda, as is cycling and spending time with her grandchildren.

“I have a long list of plans,” he said. “My kids told me I had way too many hobbies.”

The reins of the public works department were given to Sproule, whom Wielebnicki mentored and coached. Whether Sproule gets the job permanently is a decision of the village manager, but Wielebnicki is confident he’s leaving the department in more than capable hands.

“It’s a great gig,” he said of being Oak Park’s director of public works. “People will miss me.”