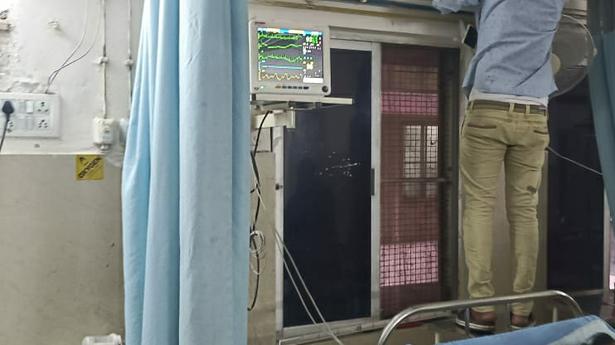 The operating room (OT) air conditioners at Osmania General Hospital that had fallen into disrepair were finally repaired.

On April 24, a report “Dysfunctional CAs in OGH Operating Rooms Soak Surgeons” published in these columns shed light on the situation at the city’s main public hospital. With air conditioners not working, doctors had to brave the sweltering conditions to perform surgeries, fearing that a tiny drop of their sweat would fall on the patient’s body, leading to infections.

As a workaround, some doctors used gauze and cotton swabs to wear as sweatbands. Sometimes a staff member would be present in the operating theater just to wipe the beads of sweat from doctors’ faces and hands as they performed hour-long surgeries.

The hospital administration began the repairs last week and is now focusing on general maintenance of the air conditioners in the operating theatres. About 50 air coolers are to be procured within days, sources said.


Civil works undertaken at Osmania General Hospital, Afzalgunj, were recently inspected by Telangana State Medical Services and Infrastructure Development Corporation Chairman Errolla Srinivas and a team of engineers. The hospital superintendent, B. Nagender, took them to the premises where food is provided for patient attendants.

Chamber Member of the Week: Payne Construction and Remodeling