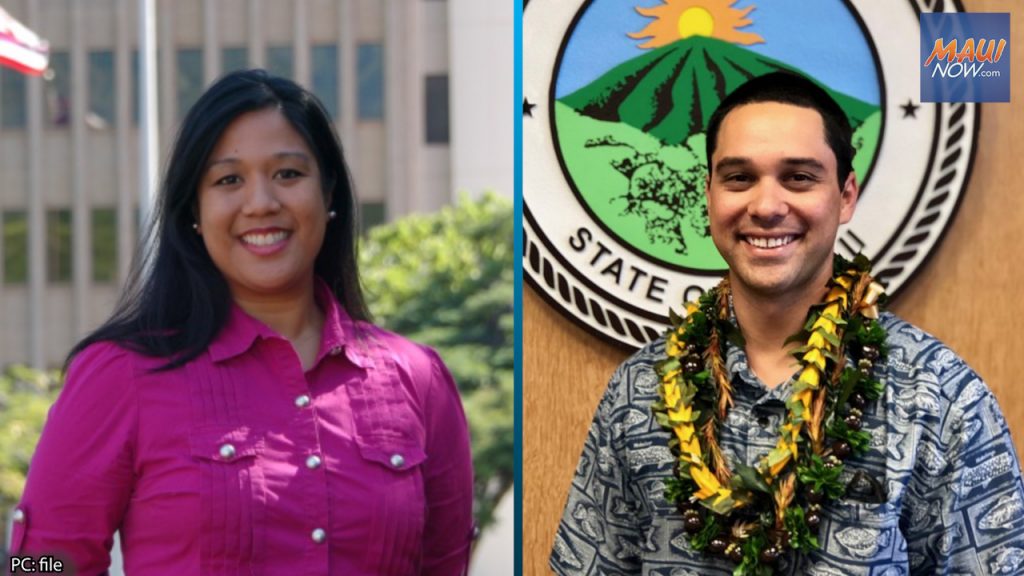 The Maui Department of Public Works will undergo a change in leadership as Director Rowena Dagdag-Andaya resigns and takes on a new position with the Office on Aging. His position will be filled with the appointment of Jordan Molina as manager and Gary Ambrose as assistant manager.

“I was recently offered the position in the Department of Housing and Human Affairs, as County Director for the Office on Aging. After carefully considering the opportunities presented by this position and reflecting on recent personal events in my life, including the death of my father, I have accepted this offer,” said Dagdag-Andaya.

“The opportunities this position provides allows me to focus on my ability to provide services and improve the quality of life for kupuna and people with disabilities in our community, while focusing on the needs of my family,” said she declared.

The announcement was made during Mayor Michael Victorino’s press briefing on Friday.

“I have truly been honored to serve Maui County as Director of Public Works for the past three years and as Deputy Department Director for nine years,” Dagdag-Andaya said.

“One of the highlights of my career has been being able to coordinate with others in advancing infrastructure projects that promote multimodal transportation and safer streets. This culminated in one of my greatest accomplishments – the construction of the Kamehameha Avenue/Maui Lani Parkway roundabout,” she said. “I remember all the collective effort and hard work put into moving this project forward by public works staff, county agencies and community members.”

In 2010, Dagdag-Andaya was appointed by the Arakawa administration as Deputy Director of the Public Works Department under David Goode; and in April 2019 she was appointed director, replacing David Goode, who retired.

When she accepted the post of director in 2019, Dagdag-Andaya said the department faced many challenges and uncertainties. “As a department, we manage and oversee operations impacted by the results of climate change, unfunded mandates, economic shifts, population growth and currently a global pandemic. As a department, we have collectively met these challenges, and I am immensely proud of what we have accomplished together in terms of emergency response, public infrastructure project delivery, project review and oversight. construction in the private sector and maintenance of existing infrastructure. ”

The appointment made Dagdag-Andaya the first female director of Maui County’s Department of Public Works.

Prior to this, she was employed as a 2nd grade teacher at Kahului School; and worked as a planner for Munekiyo & Hiraga on a wide range of residential projects, community facilities and commercial developments.

Dagdag-Andaya has served on the boards of several community and professional organizations, including the Hawai’i State Teachers Association, the United Filipino Council of Hawaiʻi, the Maui Police Commission, and the Board of the Maui Memorial Medical Center Foundation .

She graduated in 1999 from Gonzaga University.

Acting Director Jordan Molina was chosen to lead the Department of Public Works. He came to the department in September 2019 when he was appointed Deputy Director under Dagdag-Andaya.

Molina earned a Bachelor of Science in Environmental Engineering from Oregon State University in June 2010, and he graduated in 2005 from Kamehameha Kapālama Schools. His skills include managing civil engineering projects both as a contractor and as a utility operator.

When he was named deputy, the administration touted his knowledge of procurement laws and the county’s legislative process; as well as his familiarity with county permits, planning, budgeting and the public review process.

From March 2018 until his appointment to Maui County, Molina served as a project engineer with TJ Gomes Trucking Co. There he oversaw the construction of civil engineering projects, including preparing cost estimates for calls bidding and management of construction contracts. From January 2016 to February 2018, he served as Civil Engineer III with the Maui County Department of Water Supply. From December 2013 to December 2015, he was a legislative analyst in the Office of Counsel Services.

Maui Mayor Michael Victorino also announced the appointment of Gary Ambrose as Deputy Director of Public Works. Ambrose will step down from his role as district supervisor in the highways division, where he worked for 28 years.

“I am beyond honored to have the opportunity to help the department I grew up in, that I love so much,” Ambrose said.