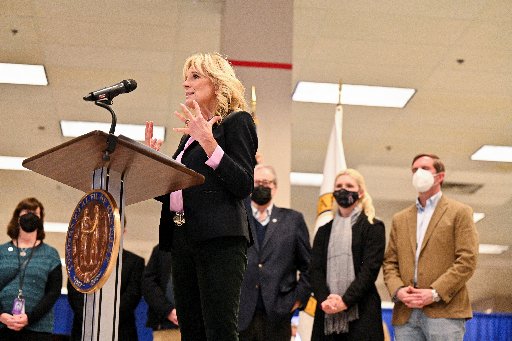 OWENSBORO, Kentucky — Families in Western Kentucky continue to deal with the impact of December’s tornadoes that tore through several communities as a Catholic charity agency walks with them along the way.

Susan Montalvo-Gesser, director of Catholic Charities for the Diocese of Owensboro, said tornado recovery is both “short term and long term.”

Help is also available from the Federal Emergency Management Agency and through a Small Business Administration loan program. The deadline to apply for both is February 11.

She said her agency was working with long-term recovery organizations in 12 tornado-affected counties as well as with storm survivors in a 13th county not included in the designated federal disaster area but which sustained damage. by the storm.

“We will have the CAP (Diocese Offered Counseling Assistance Program) and other crisis counseling available to all tornado survivors,” she said. “We will have this emotional and spiritual care.”

Montalvo-Gesser said the average FEMA award people receive is about $9,000, but the maximum FEMA award for those who lost “absolutely everything” is $36,000.

This is where Catholic Charities will step in, helping people across Western Kentucky heal and slowly rebuild their lives.

Montalvo-Gesser encouraged Catholic business owners, especially those who sell lumber and building materials, to consider offering supplies at a lower cost. Catholic Charities also plans to coordinate with area parishes to house volunteers and prepare meals for those helping with the reconstruction.

The agency director also thanked Bishop of Owensboro William F. Medley and “all the good people who generously gave of their time and talent to help.”

Montalvo-Gesser also said the influx of monetary donations from across the country has been incredible, but noted that because the work will continue for years to come, she hopes the cash donations will continue.

Montalvo-Gesser relies on donations to operate these other ministries as well.

Barnstead is editor of Western Kentucky Catholic, the newspaper of the Diocese of Owensboro.