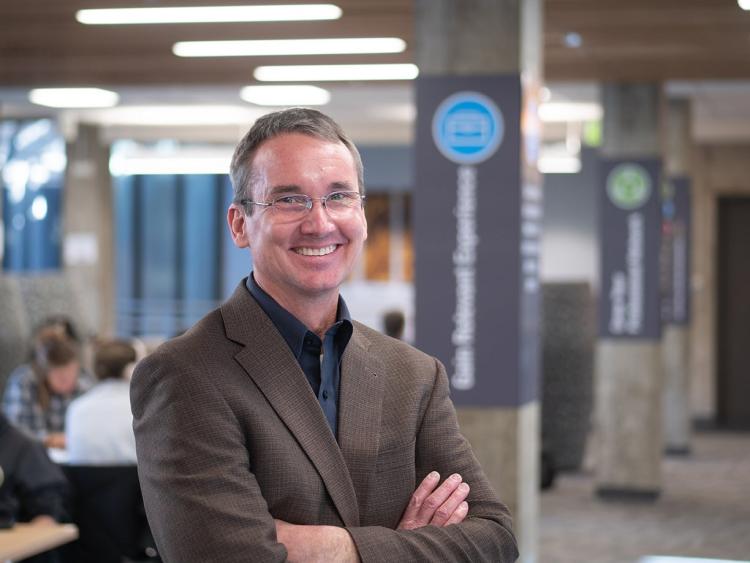 Moore said in his interviews with the finalists, Molenaar’s approach impressed him on many levels.

“I was impressed with Keith’s vision for CEAS, which is grounded in values ​​such as diversity, equity and inclusion, and is focused on student success,” Moore said.

“Keith charted a course to take CEAS to new levels of success based on a very energetic and collaborative style of leadership, and he did so with a clear idea of ​​how the college could fit into the structures and the broader orientations of the campus. All of these elements came together in a way that gave me confidence that Keith is the right leader for CEAS at the right time for the university,” Moore said.

Molenaar, acting dean since January 2020, is the K. Stanton Lewis Professor of Engineering and Construction Management at CEAS. He received his Ph.D. and Master’s degree in Civil Engineering from CU Boulder, and his Bachelor’s degree in Architectural Engineering also from CU Boulder. After a brief and successful appointment as an assistant professor at the Georgia Institute of Technology, Molenaar returned to CU Boulder in 1999 as an assistant professor of civil, environmental, and architectural engineering.

“I am honored to have this opportunity to lead and serve our extraordinary engineering school,” said Molenaar. “This fall, I will engage the college community in creating a five-year vision with big ideas, bold initiatives and positive change. I will continue the great work the college has done with the IDEA plan and am fully committed to building an inclusive culture.

“We have been galvanized as a cohesive and highly effective team through the challenges of the past two years, and our future is now wide open,” added Molenaar.

Molenaar earned a Fulbright Fellowship in 2006-2007 and received the Toulmin Medal from the Society of American Military Engineers in 2003. He was appointed to the Pan-American Academy of Engineering in 2012 and the National Academy of Construction in 2017. He was recognized as a Fellow of the Design-Build Institute of America in 2019.

“I would like to thank Scott Adler, Dean of the Graduate School and Chair of the Search Committee, for his leadership in this search, as well as the committee members for their outstanding work throughout the search process,” Moore said.

Molenaar will succeed Bobby Braun, who left his post as dean in January 2020 to join the NASA Jet Propulsion Laboratory executive team.

The Dean of the College of Engineering and Applied Science serves in the Provost’s Cabinet.