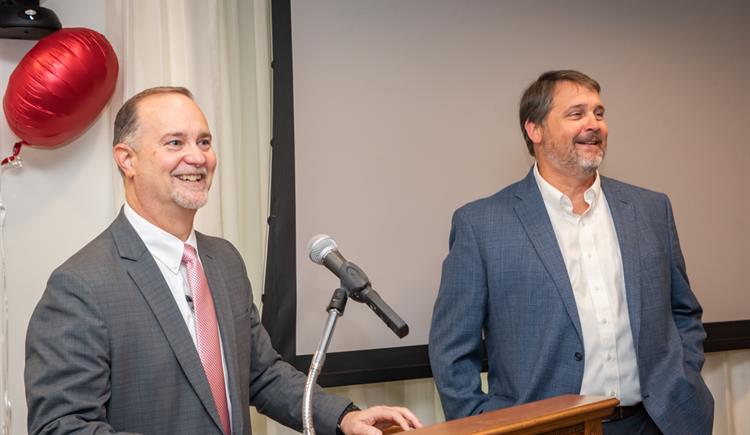 The state Department of Transportation’s top engineer retired after a career with the agency spanning nearly three decades.

He primarily oversaw the engineering and program activities of the agency’s 14 highway divisions. He also headed the agency’s Mobility and Security Department, the Central Units and the Technical Services Department.

Keeter became chief engineer in 2020, having been promoted in 2019 to deputy chief engineer East, which oversees the department’s seven eastern highway divisions.

“It was an honor to serve as Chief Engineer and manage all of our highway divisions, which strive to build and maintain roads and bridges safely and efficiently,” Keeter said. “I am pleased to be able to leave behind a talented and dedicated workforce that will continue to serve the public.”

“Ronnie has been one of our loyal engineers in the department, and he has always been willing and able to take on larger roles that have moved our agency forward through difficult times,” Boyette said. “We are fortunate to have a strong team in our leadership to carry out our mission.”

Keeter, who lives in Littleton, Halifax County with his wife and two children, began working for the department in January 1993, shortly after graduating in civil engineering in 1992 from UNC-Charlotte.

The Division 4 division has more than 400 employees and maintains more than 13,000 miles of roads in Edgecombe, Halifax, Johnston, Nash, Wayne and Wilson counties.

The main functions of a road division include the development of transport projects, their construction and their maintenance after their completion. The divisions also oversee traffic-related services, reopen and repair storm-damaged roads, and maintain roadsides by mowing and collecting litter.