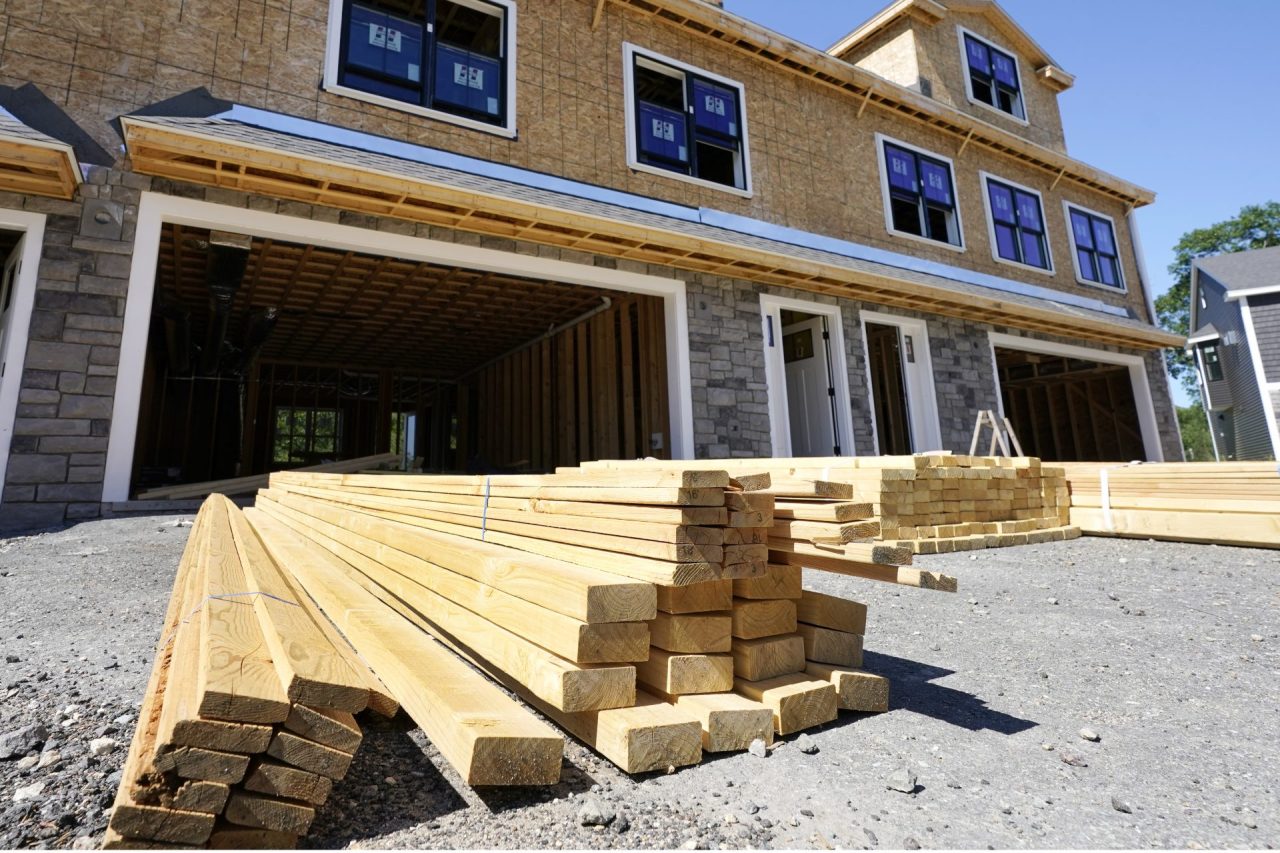 Inflation is forcing home builders to slow down and raise prices

LOS ANGELES (AP) – Even in the hottest U.S. housing market in over a decade, building new homes has become a frustrating and expensive proposition for many home builders.

Rising costs and shortages of building materials and labor are spilling over to the residential construction industry, which accounted for nearly 12% of all US home sales in July. Construction delays are common, prompting many builders to curb the number of new homes they put up for sale. As building a new home becomes more expensive, some of these costs are passed on to buyers.

Across the economy, prices have skyrocketed this year due to shortages of manufactures and components, from cars and computer chips to paint and building materials. The Federal Reserve is meeting this week, and officials’ outlook on when they might start raising interest rates could indicate how concerned the Fed is about inflation.

The strains on home builders are bad news for homebuyers, already facing historically low levels of home resale in the market and record prices. Economists fear that many first-time homebuyers will be shut out of the market. The erosion of affordability is one reason the pace of home sales has slowed in recent months.

At Sivage Homes in Albuquerque, New Mexico, the builder’s efforts to keep their construction on schedule are compromised almost daily by delays for everything from plumbing fixtures and windows to tubs and appliances.

“Today we could literally wait 30 days, maybe even 60, for one thing or another,” CEO Mike Sivage said. “I’ve been doing this since 1986 and I have to say I’ve never seen anything like it before.”

The pandemic has paved the way for higher prices and shortages of construction products. Factories are temporarily inactive and are now trying to catch up on production as demand has intensified due to a surprisingly hot housing market and a surge in home renovations.

Lumber futures hit an all-time high of $ 1,670 per thousand board feet in May. They have since fallen to $ 634, about 10% more than a year ago. Yet wholesale prices for a category of residential building components including windows, tiles, doors and steel have risen 22% in the past 12 months, according to an analysis of Labor Department data. by the National Association of Home Builders. Prior to 2020, it was common for these overall prices to increase by just over 1% per year.

These conditions are likely to persist. Robert Dietz, chief economist at the NAHB, said he heard builders say that “there are ongoing challenges, and in some cases growing challenges, with flooring, other types of building materials.” .

Meanwhile, no lumber savings have yet been made by many builders, including Thomas James Homes, which operates in California, Washington, and Colorado.

“The price we pay for lumber today is the same as we paid 90 or 120 years ago,” said Jon Tattersall, president of the builder, who noted that his company’s overall construction costs had increased by about 30% since November.

Homebuyers also shouldn’t expect cuts from falling lumber prices, as builders set their prices largely based on aggregate demand in the housing market.

A signed contract for a buildable home usually includes an allowance for unforeseen construction costs, but typically builders will have to absorb big increases and then pass them on to the next buyer.

“On our futures, these are the ones we need to cost more,” Tattersall said.

Inflation is felt throughout the economy. Consumer prices rose 5.3% in August from the same month a year ago. At the producer level, inflation jumped even more sharply to 8.3%, the largest annual gain on record.

The Federal Reserve has said it believes the surge in inflation will be temporary. For now, however, rising costs of building materials and a continuing shortage of supply are making everything from houses and apartments to commercial buildings more expensive.

To manage, many builders are slowing the deployment of new homes. Zonda Economics, a real estate data tracker, estimates that 85% of builders intentionally limit their sales.

“They are trying to make sure they have the land ready, the workers ready and the materials ready so they can actually deliver the houses they have sold,” said Ali Wolf, chief economist at Zonda.

Even with inflation, builders are taking advantage of the hottest real estate market in years. Demand for new homes has strengthened, as previously occupied US homes for sale fell to historically low levels, pushing prices higher.

Builders typically hire contractors who do the framing, electrical, plumbing, and other facets of construction. As these companies have faced higher costs to obtain skilled labor or procure the materials they need to do their jobs, they have had to pass these increases on to builders.

Tri Pointe Homes, which builds homes in 10 states including California, Texas, and Maryland, have faced higher labor costs. He has been successful in weathering those increases, sometimes overtaking his core group of entrepreneurs, CEO Doug Bauer said.

One way Tri Pointe and other builders are dealing with production delays is by asking contractors to install temporary fixtures and appliances, for example, so buyers can move in as quickly as possible.

“Then as soon as the original item becomes available, we go back and install it,” said Bauer.

To stay ahead of rising costs, Tri Pointe has raised the price of its homes and reduced incentives to buy as needed. Despite this, the builder has raised its forecast on the number of homes it plans to deliver this year from 6,000 to 6,300.

Nearly 1,400 affordable housing units under development with the help of the county fund

While the large publicly traded builders can afford to buy building materials and store them until needed, the smaller builders who make up the majority of the industry are at the mercy of the suppliers.

Sivage, whose company builds homes priced from $ 250,000 to $ 1 million, could previously lock in the price of lumber with suppliers a year in advance. This has changed in recent years as the demand for lumber has increased. Now, Sivage doesn’t know what it will cost him until he’s ready for delivery.