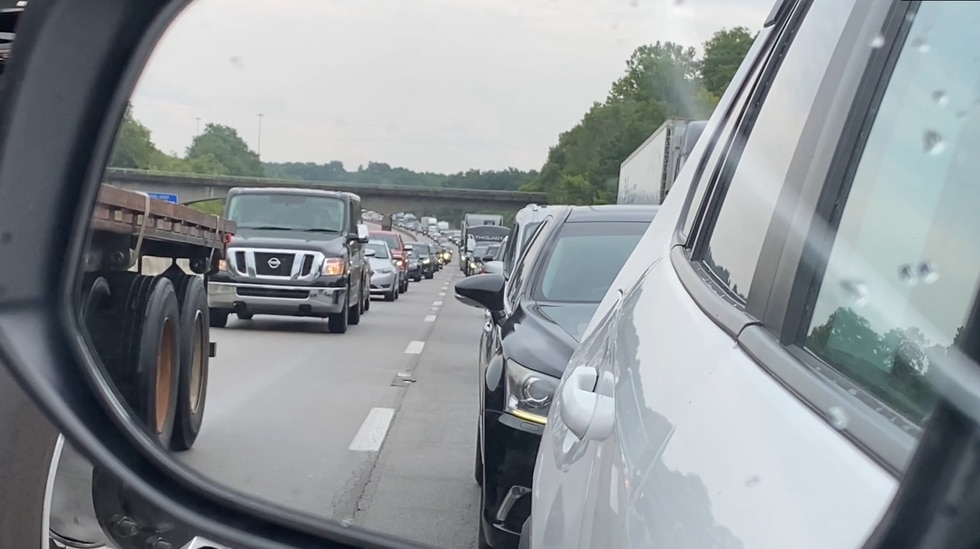 RICHMOND, Ky. (WKYT) – Anyone who’s been on I-75 South near the Clays Ferry Bridge will tell you that traffic is an absolute nightmare. Construction of the bridge deck is underway.

Trying to get to Richmond from Lexington can sometimes take almost an hour. Frustrated drivers say they have seen semi-trailers using secondary roads to get around.

Vicky Paul and her husband loaded up their campervan for an impromptu trip to southern Kentucky.

But traffic reinforcements on I-75 near the Clays Ferry bridge put the Paul’s on the brakes.

Their GPS took them off the beaten track to get around traffic, along with hundreds of other cars.

â€œEven this side road had a lot of traffic,â€ Paul said.

The traffic is the most dense during rush hour, moving back miles before the construction site.

Outside of Proud Mary, traffic slows down all day. It’s the extra traffic that notices their activity, but it also causes headaches.

â€œNormally it takes me 12 minutes to get here. Today it took me an hour and 15 to get here. It’s not just here. People are doing the crossroads, Cleveland and Grimes, and it’s all backed up at this point, â€said Proud Mary owner Emilee Sierp.

KYTC says road work on the southbound lanes will end by Labor Day, but then shift northbound. That means several extra weeks of cars and semi-trailers slowing traffic everywhere.

â€œThe people who live here, I feel bad that they have to go through this every day,â€ said Paul.

The transport firm says the teams will now also work on the project on weekends and at night. It should be finished in early October.

Officials say drivers can use I-64 to Kentucky 627 to bypass the work area.

Disability: IN and American Association of Persons with Disabilities say Nasdaq’s new board diversity rule is a missed opportunity for people with disabilities