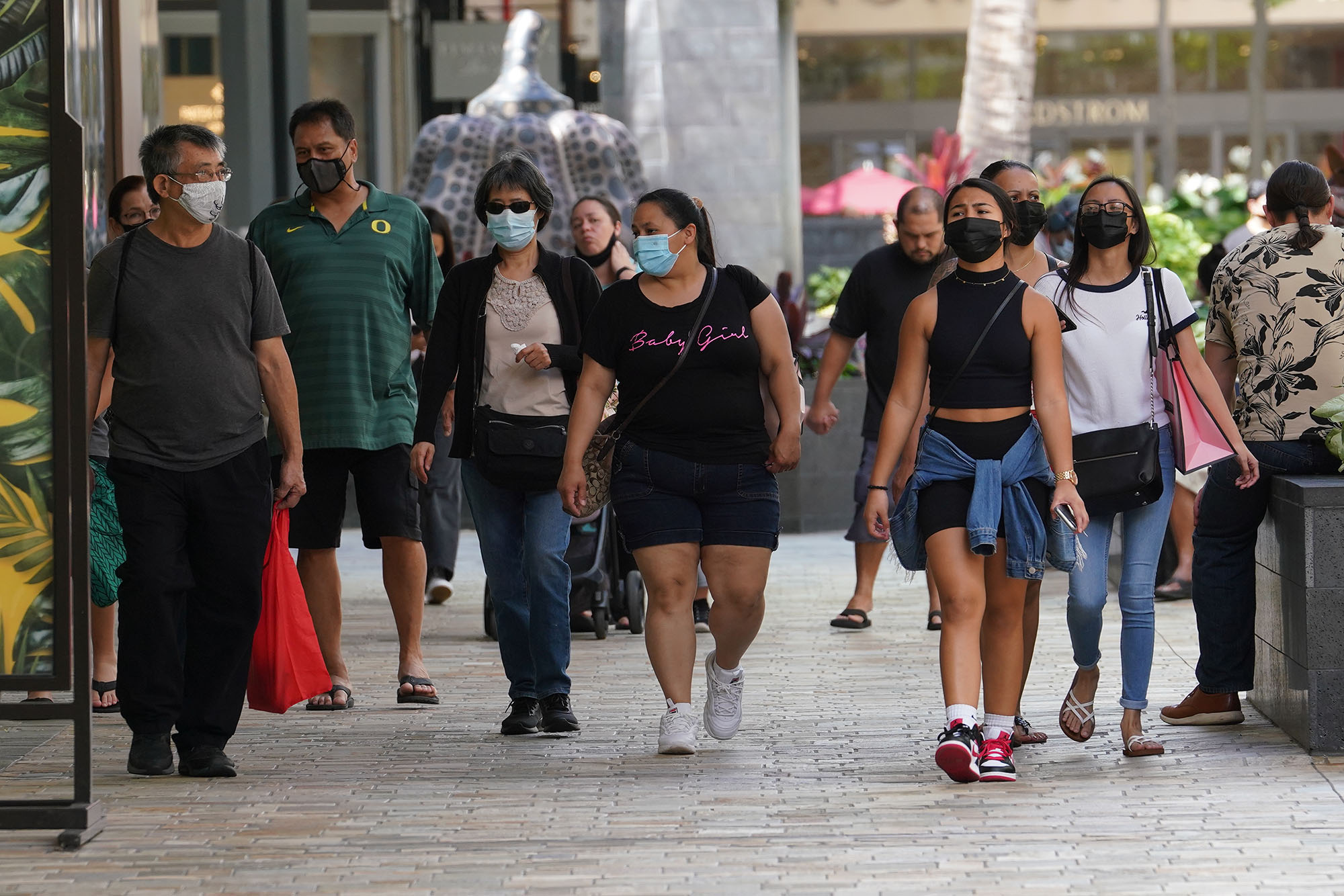 Honolulu Mayor Rick Blackgirdi said Wednesday he may consider implementing a mask mandate after the number of Covid-19 cases rose for the eighth straight week.

The rise in cases comes weeks after the state and counties lifted mask mandates and other restrictions aimed at preventing the spread of the coronavirus, although schools still require masks to be worn.

Blangiardi said a decision to reimpose the mask mandate would depend on hospital capacity and recommendations from the state Department of Health.

“Everything is a possibility while we’re still in this pandemic,” he said during an interview with the Honolulu Star-Advertiser’s “Spotlight” program.

The number of people hospitalized with Covid rose to 126 on Wednesday, including five in intensive care and three on ventilators, according to the latest state figures. This number remains well below the peak of more than 400 per day in previous surges.

DOH spokesperson Brooks Baehr said the department has not changed its mask guidance since the mandate ended March 25.

“At this point, we have not recommended to the governor or any of the mayors to reinstate a mask requirement,” Baehr said.

“If for some reason you absolutely have to be around other people in a crowd, make sure you wear a properly fitting mask and that you wear it religiously,” Baher said. “There are no real surprises here. You know how transmission goes. It happens when people are together.

Masks have been recommended in indoor public spaces and transportation in Kauai, which has the highest positivity rate of the islands, according to the US Centers for Disease Control.

On Wednesday, Kauai’s Covid positivity rate topped 23%, still higher than the statewide positivity rate of 16.9%, according to statewide numbers. Officials have expressed concern about hospital capacity, which is more limited on Garden Island.

Over 77% of the state’s population has been fully immunized. The vaccination rate is 81% in the city and county of Honolulu, 68% on the island of Hawaii, 71% on Maui and 72% on Kauai.

Kauai officials have announced no new plans to reimpose Covid restrictions, including the mask mandate, despite CDC guidance.