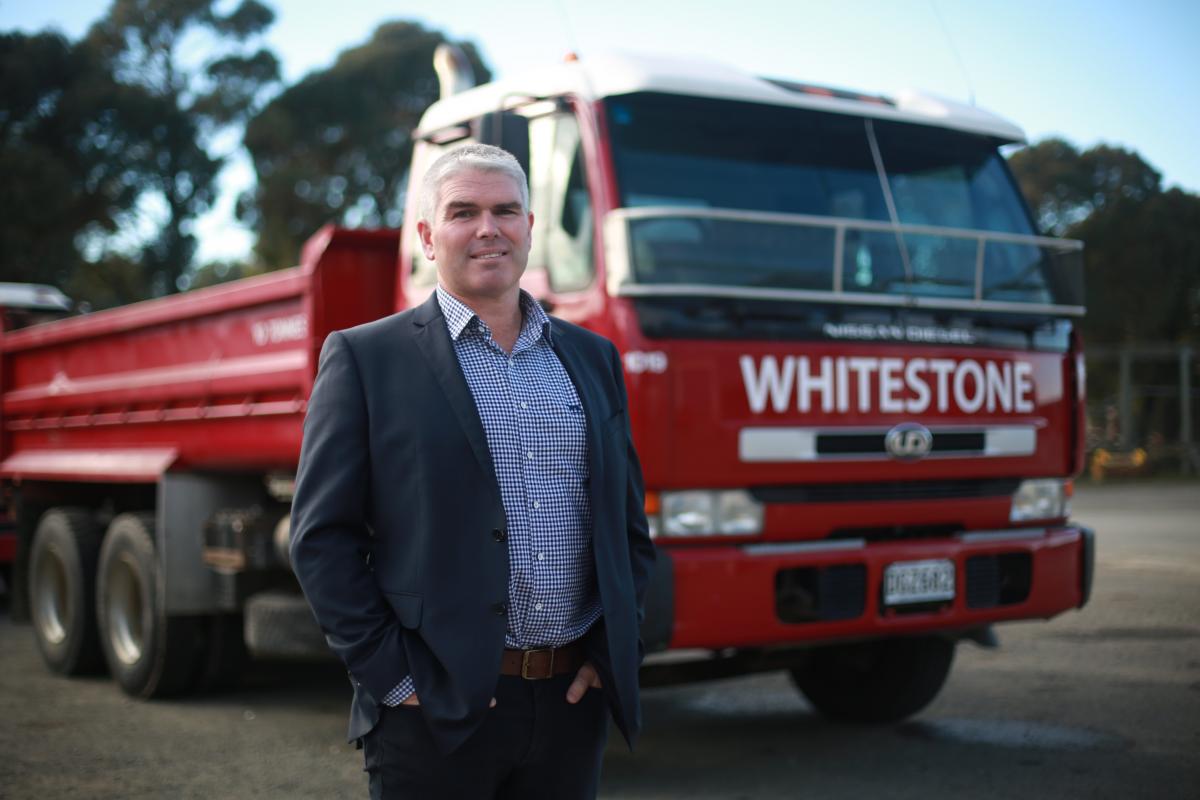 By Jennifer L. Carter On May 5, 2022
Share
Taking on the role of Managing Director at Whitestone Contracting seemed like the “natural” next step for Paul Bisset.

Mr Bisset, who has worked at the Waitaki District Council-controlled company since 2019 as deputy chief executive and chief executive of Central Otago, was appointed chief executive in March. He replaced Glenn Campbell, who resigned after 11 years to take up a position with Higgins in the North Island.

Mr Bisset was born in Twizel during the years of the Upper Waitaki Hydro projects. His father worked for the Ministry of Works and his family moved around extensively on various projects, before settling in Cromwell around 40 years ago.

Although he was brought up in the construction industry, it was not an obvious first choice for him when he left school.

After a brief stint in surveying as a chainman, he went to Otago Polytechnic to study civil engineering. He then spent six years working for Civil Construction Works in Alexandra “cutting his teeth”, before taking on various duties in the South.

In 2012, he started working for Fulton Hogan in Central Otago, and he accepted the general manager role at Whitestone Contracting in 2019.

Civil construction was “a big industry to be part of”, he said.

Completing a project that improved a community – whether it was a road, a water utility, a new housing estate or a bridge – was rewarding.

“And there are great people in the industry – everyone is trying their best to do the right thing.”

He was enjoying his new role and was building on the “really good foundation”, which Mr Campbell had laid.

Three new directors – Craig Wyatt, Sina Cotter-Tait and Jonathan Kay – had recently been appointed to the board of Whitestone Contracting Ltd, and Mr Bisset appreciated the fresh perspective they brought.

The company employs 95 people. About half are based in Oamaru, while the rest are spread across its Fairlie, Twizel, Cromwell, Alexandra and Dunedin depots. Creating a good culture and being an employer of choice was important to Mr. Bisset.

The company had felt the loss of two big contracts in the Waimate and Mackenzie districts in recent years, but “it’s shrinking and you just have to adapt and move on”, he said. -he declares.

There were opportunities for sustainable growth, but the current challenge was recruiting staff, Bisset said.

“You can buy diggers and trucks…but finding people is hard for everyone – everyone feels that.”

While the head office is in Oamaru, Mr. Bisset still lives in Cromwell with his wife and two daughters. His daughters were in their final years of high school, and he didn’t want to disrupt their lives by moving this year, he said. He also liked to be visible in all of the company’s depots.

He planned to spend about three days a week in Oamaru and enjoyed the drive over the Lindis Pass and through the Waitaki Valley.

“Time will tell what happens.”