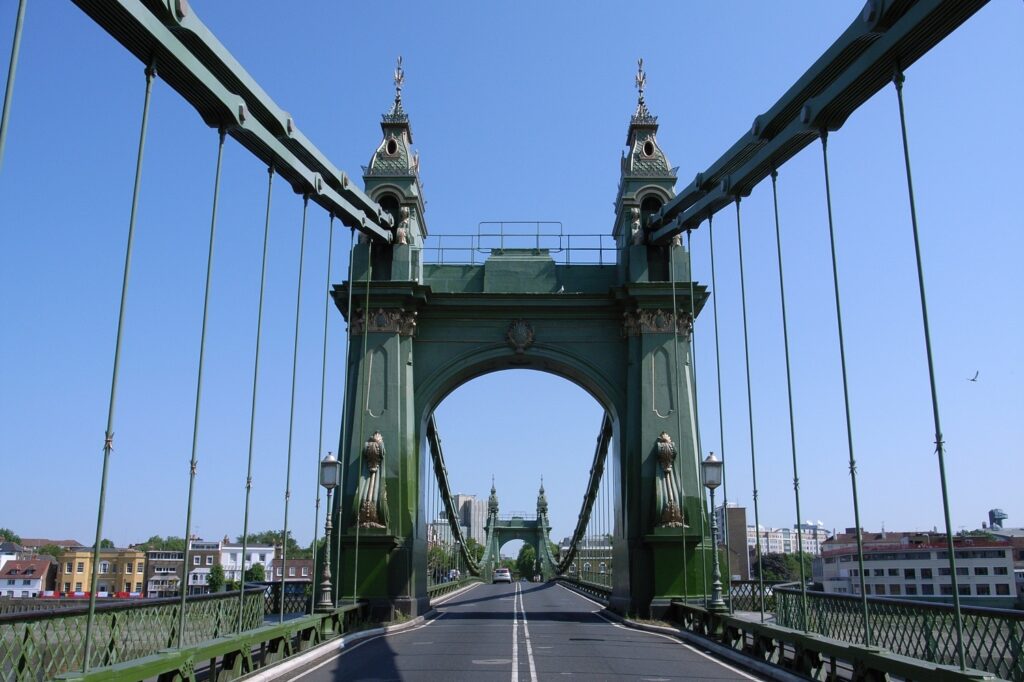 In a letter to Head of Council Hammersmith & Fulham, Stephen Cowan, DfT Under Secretary of State Baroness Vere suggests the figure of £ 5.82million attached to Motts’ plan is’ incomplete ‘ because it does not foresee “any provision for unforeseen or preliminary costs”.

Vere – who also chairs the Hammersmith Bridge task force – adds that the government will not pledge to reimburse the council for its share of the costs (around £ 2million) until the DfT carries out its own assessment of the business case.

However, RCE saw a copy of the plan’s assessment – carried out by WSP Civil Engineering, Bridges and Soils Chief Steve Denton – which gives a full cost breakdown and makes it clear that of the $ 5.82 million pounds sterling, 1.3 million pounds are set aside as “risk allocation” (or contingency fund).

A spokesperson for the board of Hammersmith & Fulham also confirmed that Denton’s report was sent to Vere’s office with a letter from Cowan on August 13; ten days before Vere’s letter questioning the costs.

In the letter, Vere says: ‘Although we have not received a breakdown of the £ 5.82million, our first conclusion is that the figure may be incomplete as the WSP report does not suggest any allowance for contingencies. or preliminary costs.

“It’s for circumstances like this that we have our governance process. I would therefore like to reiterate that any government funding is conditional on the approval of a solid business case.

“This is the norm for any local project to ensure prudent management of public money.”

She adds, “We can’t just take the costs and the program at face value; these must be adequately examined.

“If you decide to borrow the full amount for stabilization and then request reimbursement from my department in the absence of an agreed business case, it would be entirely LBHF’s responsibility. [Hammersmith & Fulham Council’s] financial risk.

“If we do not consider the submitted business case to be good value for money or does not contain the required details, we have the right to dismiss the case and / or suspend funding. “

The Hammersmith Bridge reopened to pedestrians and cyclists earlier this summer, about 10 months after it closed over fears of a catastrophic collapse. It has been closed to motorized traffic for more than two years after the appearance of cracks in its cast iron structure.

The board opted for the Motts design after commissioning Denton to review the proposal and compare it to Pell Frischmann’s original plan.

He concluded that Motts’ proposal was’ technically superior ‘, could be implemented faster and was’ more cost effective’ than the £ 30million scheme presented by Pell Frischmann.

The Motts solution requires the removal of the end panels to install a temporary frame on the deck. The deflection saddles will then be lifted from the pedestals using a system of oblong flat jacks to facilitate the replacement of the existing steel rollers with rolled elastomer bearings.

Talk to RCEDenton pointed out that Motts’ proposal benefited from being drafted after the bridge investigation was completed, adding that Pell Frischmann’s original proposal made sense at the time it was developed.

As well as saving £ 24million and reducing the work schedule to 46 weeks, the new plan – which has also been favorably reviewed by Heritage England – is expected to reduce the need for temporary closures. Engineers believe it will also avoid having to divert gas lines on the bridge for stabilization work.

‘Don’t lose heart. Always trust the education you have ‘

Water levels in Lake Erie drop in August. What are the forecasts for the coming…