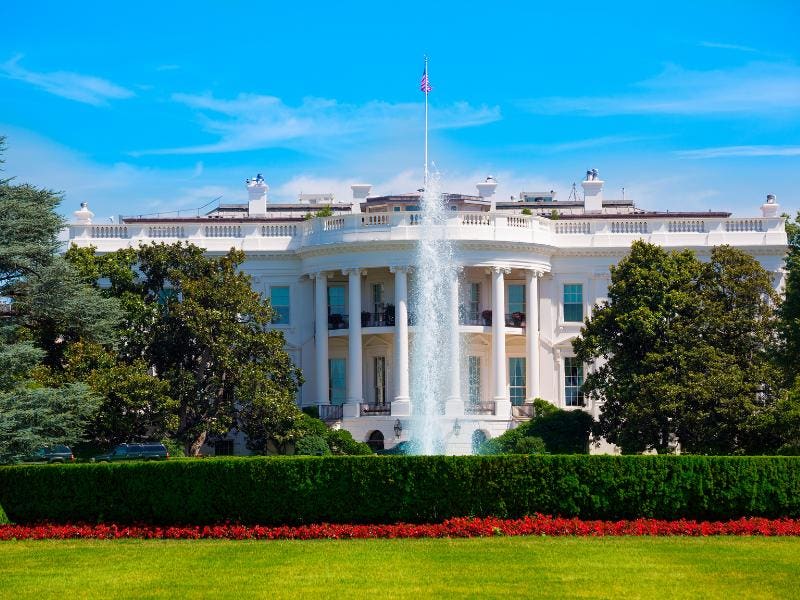 Greening the federal government’s massive procurement system, as required by the Biden administration’s executive orders, is not just an environmental issue. Yes, it will help address the climate crisis, but it will also strengthen national security, reduce federal spending in the long run, and ultimately save lives.

Take the Department of Defense, which has long recognized the strategic advantage of using solar power in conflict zones like Afghanistan to reduce devastating attacks on fuel convoys. Or the National Park Service, which uses electric shuttles to reduce worsening air pollution in national parks congested with cars. Or the Environmental Protection Agency, which achieved $218 million in savings in 2018 through its environmentally preferable purchasing program.

Yet even with such broad benefits, the federal government has barely scratched the surface of green procurement, which covers a wide range of products, from high-efficiency heating systems and electric vehicles to low-carbon building materials. carbon.

While many presidents have prioritized green procurement — President Carter installed solar panels in the White House in 1979, only to have them removed seven years later by President Reagan — tangible success has been hampered by bureaucracy. bureaucratic.

President Biden’s executive order in December, calling for a “whole of government” approach to tackling the climate crisis, aims to reverse that trend. Combining ambitious carbon reduction targets with a climate-focused overhaul of federal procurement regulations, this is a huge opportunity to leverage the government’s vast purchasing power to accelerate the deployment of proven climate solutions while fostering innovation in the private sector. The government spent $665 billion on goods and services in 2020.

But what will it take to turn ambitious words into concrete actions?

While the President’s executive order establishes important benchmarks, the ongoing efforts of the Federal Acquisition Regulations Council and the Buy Clean Task Force to develop new climate-focused procurement rules are potentially transformative. If done well, they will send an important signal to companies and investors that they will be rewarded for their innovative climate solutions. Rather than being forced to choose the lowest-cost options, federal agencies may finally have the opportunity to consider the long-term implications of their choices, including direct carbon reductions and social benefits.

In January, Ceres submitted formal recommendations to the FAR Council, which helps lead the supply overhaul. Among these, large federal suppliers are being asked to disclose their greenhouse gas emissions and to set science-based targets to achieve net-zero emissions, aligned with the goals of the Paris Agreement on the climate.

As the regulatory process moves forward, many federal agencies are moving forward with their own green procurement plans.

In the case of the Department of Defense, which has more than 200 military bases around the world, climate solutions have long been embraced. As more U.S. facilities are threatened by rising sea levels and insurgent attacks on fossil fuel infrastructure, the military has long recognized how green infrastructure can strengthen the both climate resilience and national security. One of the first lessons of this was the war in Afghanistan, when the military began using solar power in remote locations to reduce attacks on fuel convoys. More than 3,000 American soldiers and contractors were killed in refueling convoys between 2003 and 2007 in Afghanistan and Iraq.

The US military’s first climate plan, which aims to halve greenhouse gas emissions by 2030, identifies decarbonized electricity, energy storage and non-tactical electric vehicles as immediate priorities . A bigger and thornier challenge for the military is to reduce the US Air Force’s carbon footprint – it accounts for more than half of the military’s energy consumption – by expanding its use of fuels from sustainable aviation or green hydrogen for military aircraft.

The General Services Administration (GSA), which leases 376 million square feet of space in 9,600 federal buildings across the country, faces its own unique challenges. With only a few dozen of its buildings certified as LEED sustainable, sourcing low-carbon building materials is an immediate priority, along with improving energy efficiency and using more renewable energy. Low-carbon asphalt and cement are of particular importance, especially as the GSA seeks to spend billions to upgrade two dozen ports of entry along the US border with Canada and Mexico. The GSA’s recent announcement of sourcing standards for concrete and asphalt is an encouraging start. The production of cement, used to make concrete, alone accounts for around 8% of global carbon emissions.

Greening the world’s largest supply chain will surely take years and, no doubt, there will be bumps and legal disputes along the way. We’re already seeing it, in fact, at the US Postal Service as it prepares to upgrade its massive fleet of mail delivery trucks.

Its first order for 50,000 trucks – 80% gasoline, the rest electric – has been the subject of lawsuits from 16 states that want a higher percentage of electric vehicles. The Biden administration also wants more electric vehicles, but its hands have been tied for over a year because the Postal Service is an independent agency that is currently headed by Postmaster General Louis DeJoy, an administration appointee. Trump who could not easily be fired until recent changes. were made to the USPS Board of Directors.

The government now has the opportunity to use its purchasing power to accelerate the climate solutions the world desperately needs, boosting American leadership in innovation, strengthening the economy and tackling environmental injustices. .