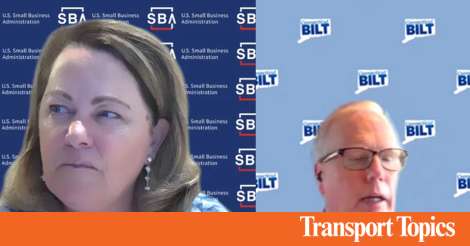 [Stay on top of transportation news: Get TTNews in your inbox.]

State and local government groups are calling on Congress to create a national workforce strategy for transportation jobs as Connecticut grapples with a need for 450 engineers to spend federal infrastructure funds.

They called on Congress to invest in national skills training systems and programs to meet employer demand. They also called on Congress to increase legal immigration by increasing the caps on the employment-based visa program to increase the number of people qualified for hard-to-fill jobs such as truck drivers, operators heavy equipment, farm workers and engineers.

“Increasing the pool of qualified candidates to fill critical positions is essential to strengthening our economy in the years to come,” the statement said. “State and local governments are committed to collaborating with our federal partners toward our common goal of adopting effective strategies to meet our nation’s workforce needs.”

The Connecticut infrastructure czar revealed that the state is already spending IIJA funds on construction projects, but “our challenge is that we need help. The DOT alone needs about 350 new employees to help us deploy this money,” said Mark Boughton, who is also commissioner of the state Department of Tax Services.

Host Michael Freeze discusses coverage and insurance costs with Jane Jazrawy of Carriers Edge and David Berno of Hub International. Log in above or by going to RoadSigns.TTNews.com.

Boughton was appointed by Governor Ned Lamont in December to serve as a senior infrastructure adviser and works directly with the heads of several state offices, including the Departments of Transportation, Energy and Environmental Protection. environment, policy and management, economic and community development and administrative services. .

“We only produce about 200 engineers in general [annually] in the state in all our institutions, so we need 450 from the start. We have our work cut out,” he said, adding that civil engineers are in high demand.

He is working to speed up the state hiring process from three months to three weeks.

“People can’t wait. What’s happening is we’re going to lose them to the private sector or other states that are also trying to spend all that money,” Boughton said. “We hire like crazy for ourselves and leverage all of our private vendors and outside engineering companies and organizations.”

Of the $1.2 trillion in IIJA funds, Connecticut will receive $6 billion, about half of which will go to highways, Boughton said. It uses infrastructure dollars to accelerate targeted future projects from 2025 to 2027 that were supposed to be paid for with bond issues, but are now being accelerated with infrastructure discoveries. Boughton said the state has already identified how it will spend half of its IIJA stipends.

“We are ready to go for them. We just didn’t have the money. Now we have the money and we are pulling the trigger,” he said. “Any DOT construction project you see has already been expanded and improved with infrastructure money, and we have shovelfuls of ground right now.”

Another hurdle in Connecticut is that projects are costing up to 30% more than two years ago due to inflation and supply chain issues.

“We’re going to have to work with that and work our way through, unfortunately,” Boughton said.

Tanisha Baptiste, economic development specialist with the state’s SBA, spoke about the importance for small businesses to have access to government contracts and subcontracts. She noted that the SBA has adjusted some of its size mandates so that more companies can qualify as small businesses and increase their access to IIJA funds.