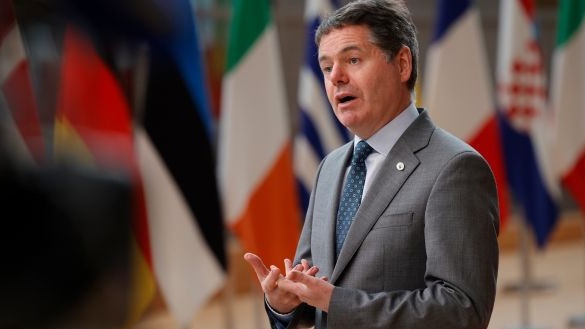 The government has begun to privately survey key business leaders on the implications of a 12.5 percent corporate tax rate hike in Ireland, if the state has no choice but to ” accept a global tax deal.

The pressure on Finance Minister Paschal Donohoe emerged this week when Ireland was one of nine countries not to sign the Organization for Cooperation and Development’s corporate tax deal economic.

Ministers and government officials plan to make major changes to the state’s tax system, although Mr. Donohoe publicly insists he will defend the 12.5 percent rate that is the basis Irish politics for decades.

He accepted OECD proposals to tax a portion of corporate profits in countries where sales are made, a move that could cost the government more than € 2 billion, but he refused a minimum effective rate. on large companies.

A formal public consultation on the OECD plan is due to begin shortly, but private consultations have been underway for months as officials explore how companies might respond to any move away from the 12.5 percent rate.

“They are exploring all kinds of options right now,” a person closely involved in the informal talks told the Irish Times. “The line they continue to follow is, ‘We want to stick with 12.5 percent.’

“Unlike, say Brexit, where UK officials haven’t worked out what happens in a no vote. In the interest of fairness to the Finance Department, all options are being considered, including what will happen if we couldn’t keep 12.5 percent.

Meanwhile, ministers and officials are discussing the possibility of taking action to continue to tax domestic small and medium-sized businesses at 12.5% ​​on their Irish profits, or on their profits up to € 1million.

Despite the backing of US President Joe Biden, the OECD plan still faces a difficult test to pass the US Congress, although a senior Irish business official said: “Ireland will inevitably have to move at the same pace. than the United States. “

My turn: Justice for all