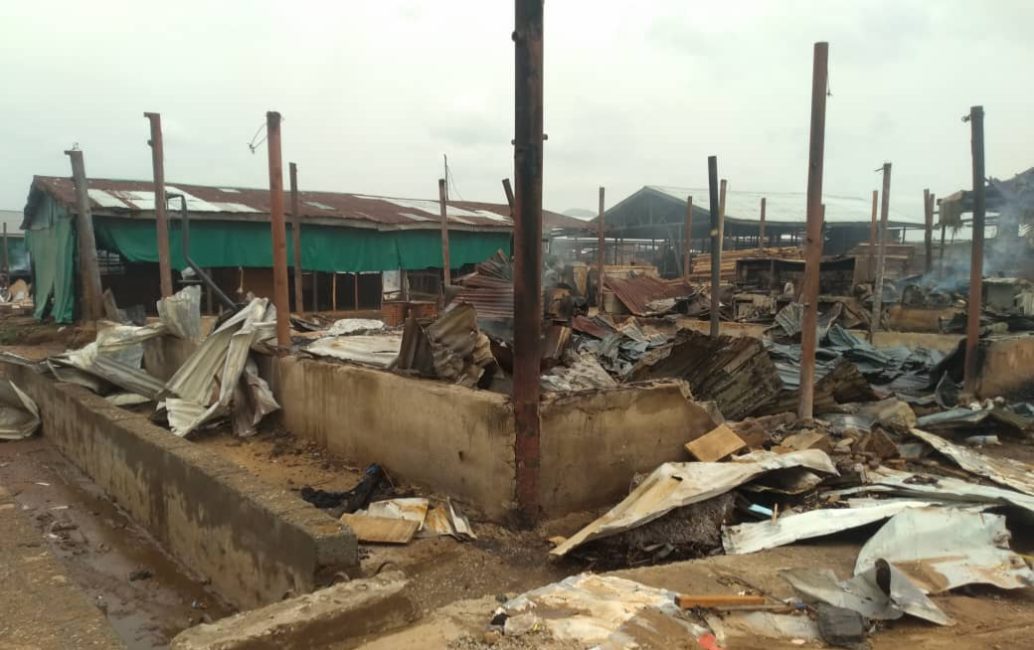 The attack on the Dei-Dei building materials market along the Kubwa-Zuba highway in Abuja has prompted some furniture makers to raise prices as a survival strategy.

There was a crisis at the market last week on Wednesday after a woman fell from a commercial motorbike and was run over by a trailer, leading to some shops being set on fire by commercial cyclists.

Since May 19, the market had been closed, but the administration of the Federal Capital Territory on Thursday ordered it to reopen.

Many people were confirmed dead by the FCTA while the market was temporarily closed.

As many as 20 cars were destroyed, while around 30 industrial machines worth N70 million each were lost in the fire, according to the vice president.

Furniture makers who spoke to THE WHISTLER said they now had few options on where to source materials.

Emma, ​​the owner of Xtreme Furnitures is among the furniture makers whose business has slowed due to the market shutdown.

Emma said: “Even we who produce have seen the price of materials go up due to the shortage of materials. Those who trust to open shop (illegally) in the shade of the woods sell at exorbitant prices.

“It affected the price of my products and for me, I am in Kugbo market, but most of the materials we use are in Dei Dei market because theirs is cheaper.”

Mr Wale, another furniture maker, described the impact of the disaster as frustrating.

Wale obtains its lumber, plywood and other materials needed for production from the Dei Dei Building Materials Market.

But recent development left him with few options as he said THE WHISTLER that he no longer gets what is necessary for his work.

“The situation has become so frustrating for us furniture makers in Abuja. I’ve been there several times to see if I could buy it, but it’s next to impossible,” Wale said.

Not being able to buy the materials needed for production has made materials scarce and has driven up the prices of wood and other materials in the shadow of other woods.

According to Wale, both large and small scale furniture makers now resort to the small building materials market at Kugbo in Nyanya in FCT.

He said, “We are now going to buy shade wood from Kugbo and they have raised the price slightly. Some of the things we need to buy are not available in Kugbo, causing serious trouble for furniture makers.

“Personally, I now spend more on transporting materials, material prices are now more expensive, and I can’t even find everything I need for production. So all of these things already appear on the prices of my furniture products.

George, a furniture maker from Jahi district, said the development could lead to an increase in the cost of building materials.

He said: “Prices will go up because we have to look to smaller markets where material prices are higher. We are just trying to manage the situation.