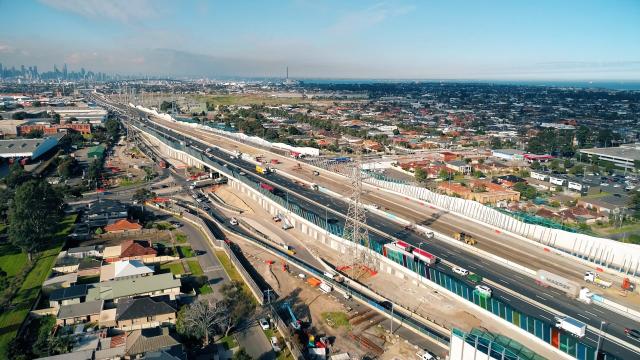 West Gate Freeway users are urged to change their plans regarding upcoming closures along the Millers Road exit and entrance ramps, as part of ongoing work for the West Gate Tunnel project.

The closures will be part of the final two months of work at the Millers Road interchange, which will begin on Friday August 19.

The closure of the inbound and outbound exit ramps will begin Saturday, September 17 and continue until Monday, October 24, while closures along Millers Road northbound under the West Gate Freeway will be in place from Saturday September 17 to Monday October 3. .

West Gate Tunnel project acting general manager Peter Lellyett said the next two months will see the majority of work at the Millers Road interchange under the project.

“We would like to thank local residents for their patience as this work continues,” he said.

The closures will allow crews to complete pavement work, install curbs and drainage, complete noise barriers and most walking and cycling paths.

Some minor work will be required after October, including finishing the east side cycle and pedestrian path, installation of technology, emergency response area, landscaping and other civil works.

Do you have a rent increase notice? Know your rental rights and how to negotiate a better deal | Inequality

Lamu Port in Kenya was supposed to deliver big things, but it doesn’t!