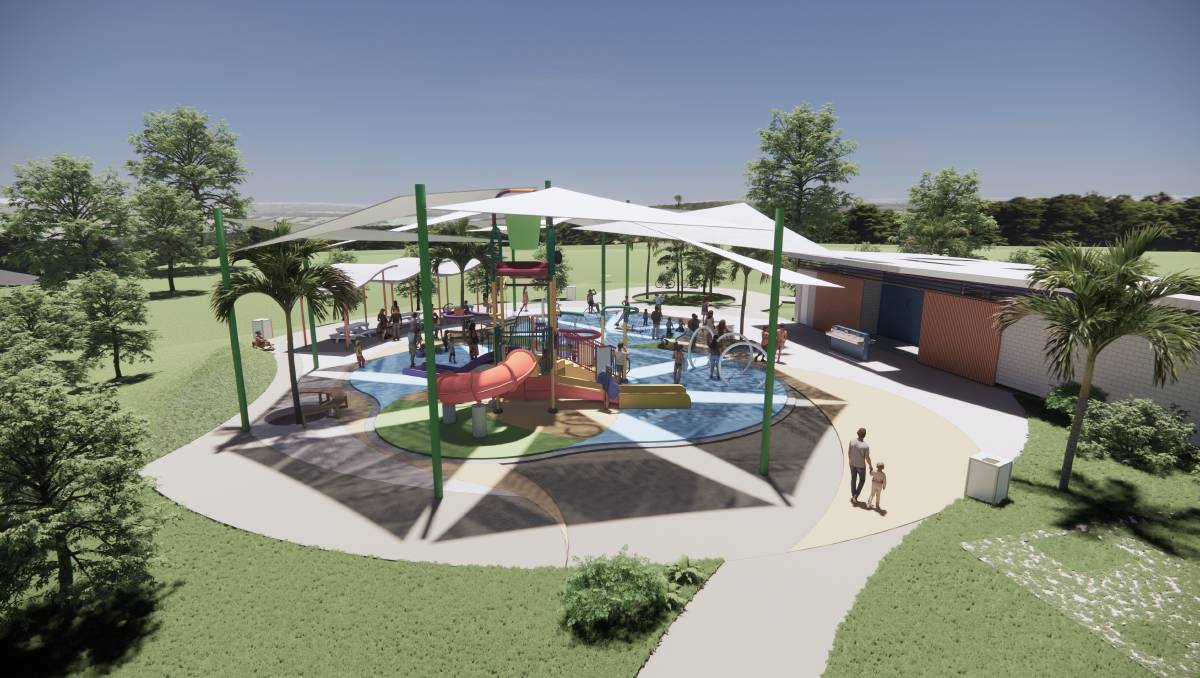 Mothers of young children were among the most excited residents of Charters Towers who learned that construction of the area’s newest water park project was underway.

So far, play equipment has been received and construction has begun.

Mayor Frank Beveridge said he was delighted to see the project come to fruition, with the arrival of the playground equipment signifying a key moment.

“The council and I are looking forward to seeing the project complete now that the equipment has arrived on site,” said Cr Beveridge.

It will be part of the zero-depth interactive water park, featuring several slides, a bucket and a tunnel.

Catherine McCabe described the initiative as a game changer for the community.

“Lifestyle infrastructure like this is so important to attracting and retaining families – I can’t wait to take my little ones,” she said on the council’s social media page.

The project is on track and expected to be completed by mid-year, he said.

The original completion date was moved to allow for the removal of contaminated soil after the discovery of low concentration heavy metals in the soil.

“Now that the contaminated soil has been removed, we can continue to move forward with the project,” said Cr Beveridge.

Some social media comments, like Tess Pemble’s, questioned the park’s location near the IGA.

Mrs. Pemble thought it necessary be in the park next to the 25m swimming pool, and integrated into the aquatic complex.

Once completed, entry to Charters Towers Water Park will be free, which would be a great attraction for children after school and during school holidays.

It is expected to become very popular with locals and tourists.

Cr Beveridge said the park, which has been identified as one of the council’s ten priority projects for 2020-2024, would “nurture a culture of growth, health and well-being”.

Want daily news highlights delivered to your inbox? Sign up for the North Queensland Register newsletter below.

Cyberattacks increase amid Covid-induced digitization; The third wave could peak in the next 3 weeks