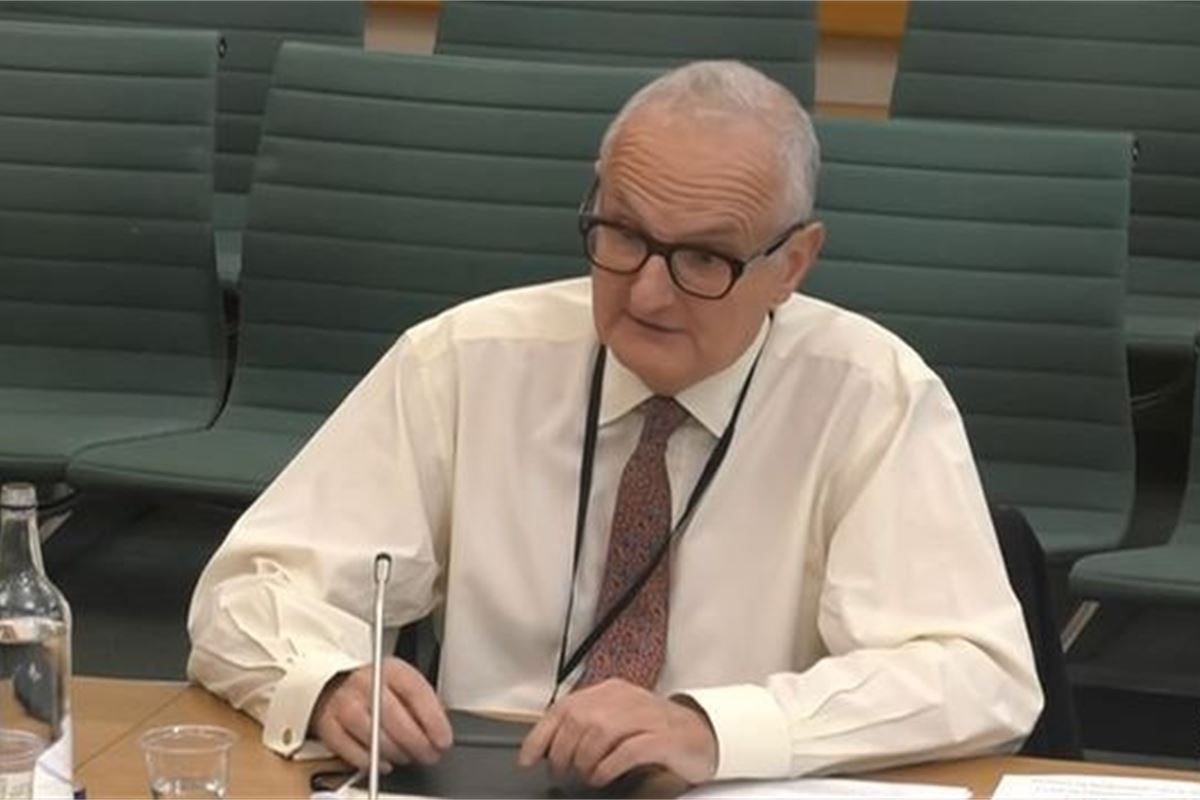 Ex-minister tears up Treasury dry perm for ‘complacency’ in fraud

Former minister Theodore Agnew has launched a scathing attack on Permanent Secretary to the Treasury Sir Tom Scholar over the department’s attitude to fraud in one of the government’s biggest Covid support schemes .

Lord Agnew said a recently published letter from Scholar to MPs, answering their questions about the criminal abuse of government pandemic support schemes, ’embodies everything about the complacency gripping the public service’ .

He went on to describe the Treasury’s handling of fraud in relation to the £47billion Business Rebound Loan Scheme as “a daddy’s army operation,” referring to the BBC sitcom focusing on the clumsy antics of a Home Guard unit during World War II.

Lord Agnew abruptly left government in January over what he described as unacceptable handling of fraud and error by officials in pandemic support schemes, particularly the loans scheme. The program was administered by the Department for Business, Energy and Industrial Strategy, but developed in conjunction with and also controlled by the Treasury.

The previous month, the National Audit Office reported that BEIS’ best estimate was that £4.9billion had been paid in fraudulent loans made under the scheme. But the public spending watchdog warned the figure was “highly uncertain” and that some £17billion of loans issued under the scheme may not be repaid.

Appearing before Parliament’s Select Treasury Committee yesterday, Agnew – whose former ministerial tenure included both the Cabinet Office and the Treasury – reiterated his support for the Bounce Back Loan Scheme, but criticized his stance on fraud.

“I have no problem with the principle of doing it, but it all depends on the implementation,” he said.

“We will likely see very significant credit losses on this program. Again, that’s good. We had to get the money to our legitimate businesses and give them the lifeline they needed. So, it’s all right. But on the fraud side, it was just a daddy’s army transaction.”

Asked by acting committee chairwoman Dame Angela Eagle if he meant the Treasury’s efforts had been “a bit of a joke”, Agnew replied “yes, absolutely”.

Referring to the 11-page letter from Scholar, the former minister – who was responsible for anti-fraud work as well as driving intergovernmental efficiency and civil service reform – said he there were many vague details that required further investigation.

“It epitomizes everything about the complacency that grips the public service,” Agnew said. “This letter, he clearly didn’t write it because he didn’t correct the grammatical errors. But he is the second highest civil servant in the country and I think he could have done much better.

“I really hope you will investigate this letter.”

One example Agnew gave MPs was the Treasury’s decision to seek fraud advice from consultancy PwC rather than the Cabinet Office-based fraud function.

“They’re a very good team,” he said. “They are only a small team, but they have great expertise in this area. They were simply shut out of the room. They were never consulted when the Bounce Back Loan Scheme was set up for reasons that I have never explored.

Agnew asked, “Why didn’t he go to the people on his doorstep, who fully understand fraud in all its manifestations?”

Higher than normal degree of fraud and error “always expected”

The researcher’s letter contained updated estimates of fraud in relation to the government’s Covid support schemes.

The researcher’s letter says the government has provided nearly £400billion through Covid support schemes, including initiatives such as the Bounce Back Loan Scheme and the Coronavirus Retention Scheme – also known under the name of leave program.

“While doing everything possible under the circumstances to protect the taxpayer, the government always expected a higher than normal degree of fraud and error,” the letter said.

“It was inevitable when launching schemes whose essence was to pay large sums of money, as quickly as possible, to millions of economic actors, individuals and companies.

“This risk was explicitly taken into account in the decision-making at the time, where ministers had to judge the overall public interest in providing support, while taking into account the risks to the economy and public finances of ‘inaction or delay in acting.’

Scholar said the actual incidence of fraud and error in the schemes had been within the original estimate “in almost all cases.”