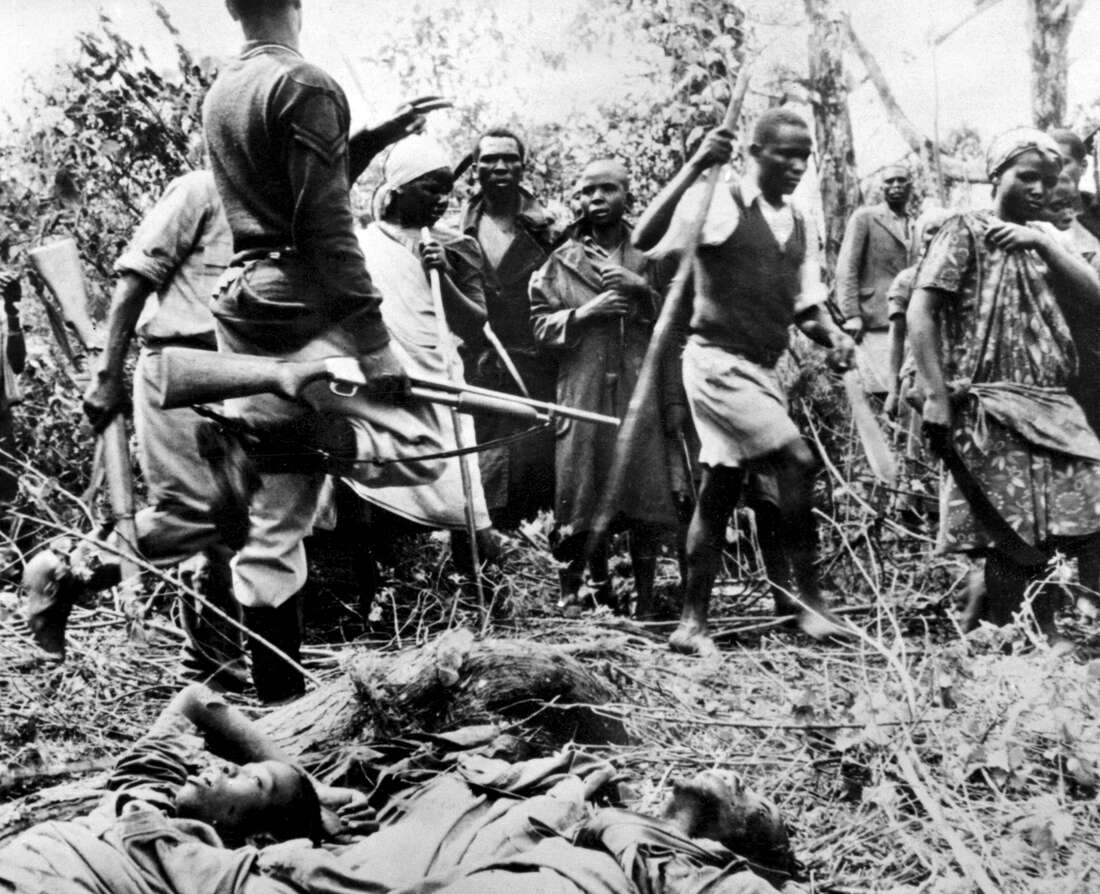 Even in an emergency in Kenya, getaways were never far away

While detention camps for those who were reputed to have taken the Mau oath or were perceived to sympathize with his cause, had been established soon after the declaration of a state of emergency in 1952, it was not until June 1954 that the colonial government decided to create Villages” in central Kenya.

This forced relocation was intended to cut Mau Mau supply lines. By the end of 1955, over a million Kikuyu were held in 800 of these villages and this strategy had, for the most part, sealed off the routes used to deliver food and weapons to combatants in the forest.

Initially, all members of each household were expected to leave their homes in the early evening and assemble at their designated “kiaga” (fortified village). Every evening, men, women and children walked towards the “kiaga” carrying with them the bedding for the night composed of “matharara” (dry banana leaves).

At sunrise, families would return to their homes and spend the day digging trenches, clearing bushes and doing all sorts of civil works under the strict supervision of ‘ngaati’ (home guards) to ensure that they could not come into contact with the Mau Mau. .

Towards the end of 1955, the order for entire families to sleep in “kiagas” was relaxed and only men were required to spend the night in confinement. During the night, the “ngaati” regularly patrolled the villages in search of any man who might have been left behind.

Heavy fines were imposed on any man found outside the “kiaga”, ranging from a goat to imprisonment. If anyone was unlucky enough to be caught while Githunguri’s mzungu DC was on patrol, you would be shot as a warning to those who might be considering breaking the law.

There was a particularly notorious “ngaati” known as Njuuka wa Kibunyi. He was a ruthless little man with an athletic build and his home was beyond the farms of Kimani wa Kiguongo and Dauti wa Muhia at Gate-Iguru.

He had a large swelling on his neck which added to his ogre-like appearance and he was feared among the villagers. Nevertheless, he had two wives and several children. As if that wasn’t enough, he had a thing for other people’s wives.

During the night, Njuuka had made a habit of breaking away from his patrol party and visiting the wives of the men who were either in detention or in the “kiagas”, forcefully sharing their favors. Fearing Njuuka’s reprisals and the public shame that would surely follow, the abused women fell silent and suffered in secret.

But Njuuka was soon to meet his Waterloo, when a young woman from the Gichiri family who had suffered at his hands decided that enough was enough.

Returning to the young lady’s house for a rehearsal with his usual bravado, Njuuka proceeded with great haste and when he was finished the lady extended an invitation for a well-brewed drink of muratina.

Thinking it was in thanks for his good deed, accompanied by heaps of praise from the lady, Njuuka helped himself to large quantities of the potent drink with the end result that he became totally drunk and s is asleep.

Even at daybreak, he was still asleep when the rest of the “ngaati” returned to camp and the men went home for breakfast and their daily chores.

The young lady had planned the showdown to perfection, and she had alerted Njuuka’s young wife, who was her agemate, and in turn, she had whispered her misdeeds to some of the ‘ngaati’ who were only only too happy to confirm the facts and inflict them. punishment for his transgressions.

Coming out of the hut in the early morning, looking very groggy, Njuuka could hardly believe his eyes as he was confronted by his two wives who breathed fire and brimstone.

The conversation that followed went as follows:

Of course, the ngaati were not to be left behind and one of them was heard to say: “Ni ukuona uria arutite wira, tukumuthinja iria noru”. (See how hard he worked (pointing to the evidence), we’ll fine him fattened sheep!)

All the while, Njuuka was extremely embarrassed and tried to cover his nakedness amid jeers from his wives and the crowd that had gathered to witness the spectacle of the unloved in the village.

Later in the day, the ngaati happily fined Njuuka a ndurume (a fattened sheep) to appease his misdeeds.

(You will be publicly shamed like Njuuka going to sow wild oats!).

And so on ! I would like to thank one of my regular readers, Michael Kimani of Kibichoi, for much of the material for this story.

Supplement to the press release: Notice of extraordinary

The construction industry faces a huge shortage of workers in 2022