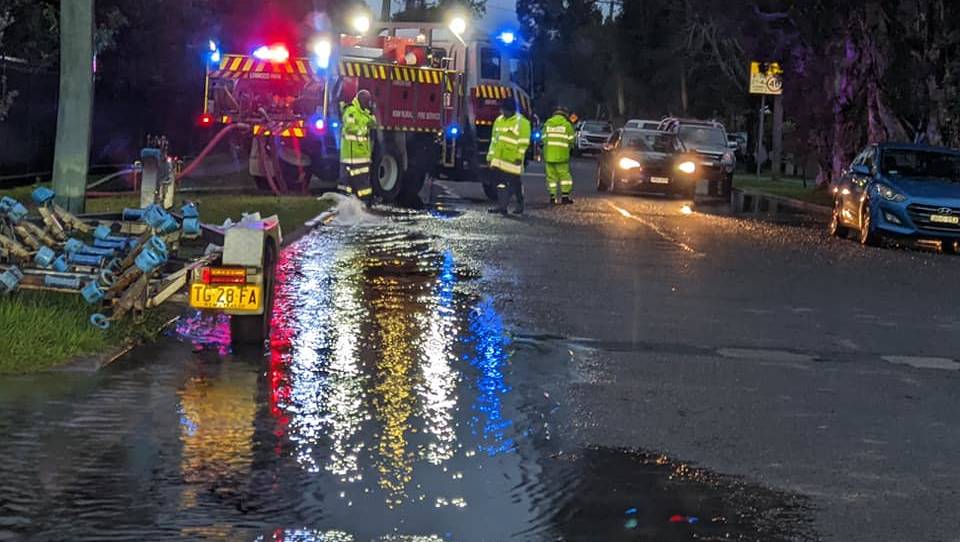 The Environmental Protection Authority (EPA) has launched an investigation into a fuel spill at Kurnell, saying it will take action if any violations of the legislation are revealed.

The EPA was on the scene April 8, investigating uncontrolled releases of oily water following a pump failure at a sewage treatment plant.

“We understand that heavy rain, coupled with a fuel terminal pump failure, caused the releases,” he said. “These have been shut down. Properties and the local marine environment have been affected.

EPA is working closely with other response and recovery agencies, including the NSW National Parks and Wildlife Service, Port Authority of NSW, Transport for NSW Maritime, Fire and Rescue NSW, Emergency Services and Department of Primary Industries Fisheries.

“Water samples are being collected in the area by AMPOL and independently by us to measure the level of contamination,” the EPA said.

“We are investigating the incident and will consider regulatory action if breaches of environmental protection legislation are discovered.”

Ampol said he was in the process of clearing all affected areas, including along Captain Cook Drive, down to the creek, to the Marton Park wetlands and to the eastern end of the bay of Quibray.

An independent environmental consultant has also been engaged to assess the effect on the environment.

“After consultation with the Sutherland Shire Council civil works team, the section of Captain Cook Drive between Bridges Street and Torres Street will remain closed over the weekend,” Ampol said.

“We apologize to residents for the inconvenience. If you have any immediate questions or concerns, please contact our Guest Feedback Team on 1800 240 398.”

Sarah-Jo Lobwein, whose Tasman Street home was flooded by the downpour, said there was a strong smell of gas and her toilets and sinks were bubbling after the incident.

“The fumes were very overwhelming next to the creek. I had a massive headache,” she said.

The marine expert said local wildlife was also at risk.

“There are still petrochemicals in the creek and so many have gone into the storm water,” she said. “The black oil was flowing through the streets and by daylight much of it had washed away into the environment. We are very angry as a community.”

Other residents said traffic controllers told them roadblocks would be in effect until Wednesday.

“We were directly told not to walk on the road and it was deemed dangerous and too dangerous for motorists and yet it is OK for families with children to still reside here? What a joke,” a mother posted on Facebook.

“We are all having headaches and feeling uneasy. I think anyone in the affected area should be accommodated in a hotel.”

Residents can report effects on their property to the AMPOL hotline on 1800 802 385.

Concerns about potential contamination of water and waste water lines can be directed to Sydney Water on 1300 143 734.

Horned frogs in the news, April 1-8

Work resumes on construction of I-94 in Jackson County