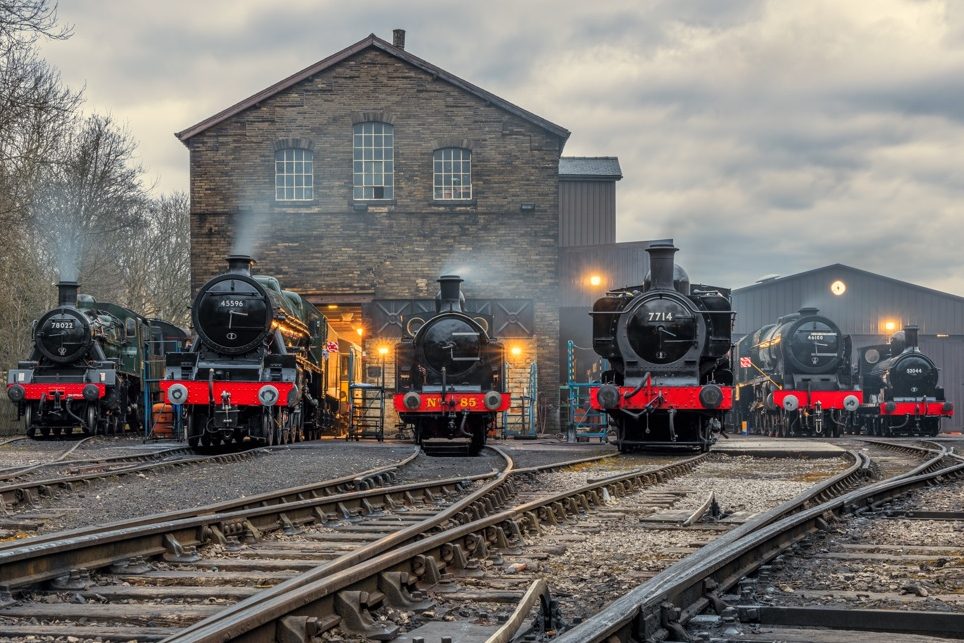 Engineering consultancy sets out to care for valuable transport heritage

Dudleys Consulting Engineers were appointed to safeguard the legacy of building the Keighley Worth Valley Railway.

The important part of the UK’s industrial heritage was made famous by Edith Nesbit’s 1970s film ‘The Railway Children’, the sequel to which is set to premiere today, July 15.

Opened in 1867 by local factory owners, the Keighley and Worth Valley Railway is a preserved standard gauge line which joins the national rail network at Keighley and travels five miles through the River Worth and Bridgehouse Beck valleys to Oxenhope.

When the line was closed by British Railways in 1962, the Keighley and Worth Valley Railway Preservation Society was formed with the aim of restoring daily passenger service to the Worth Valley area.

The Company reopened the branch line from Keighley to Oxenhope in June 1968 and has since operated steam train journeys every weekend, every day during the summer, and also runs special events.

The railway has hosted many film crews, the most notable of which in recent years have been the First World War drama Testament of Youth, the children’s classic Swallows & Amazons and the hit TV series Peaky Blinders.

Dudleys, based in Leeds, advises the Keighley Worth Valley Railway Preservation Society on its buildings at Haworth and Oxenhope stations.

It provides structural inspections and surveys and advises on the maintenance needed to keep buildings in good condition for the next 50 years.

James Barlow, Civil Engineer at Keighley and Worth Valley Railway Ltd, said: “As a voluntary organization we rely on the skills we have at the time.

“Our current civil engineers handle civil works and railway drainage, but inspecting large buildings is not something we have the capacity to undertake.

“Dudleys have stepped in and supported us in this process and we are very grateful for the work the team has done to enable us to begin to develop a long term maintenance strategy for our Haworth and Oxenhope sites.

“We are really pleased with the work that has been produced and look forward to working with Dudleys in the future to develop plans for the venues and other areas of the railway.”

Andy Walker, Managing Director of Dudleys, added: “We are honored to work with the Keighley and Worth Valley Railway Preservation Society in their mission to preserve these important heritage sites for the future.

“We provide our services at charitable rates since the Society relies on volunteers and donations to keep it operational.

“In addition to iconic public buildings, we are evaluating functional buildings at each site where mechanical work takes place and where parts are stored.”