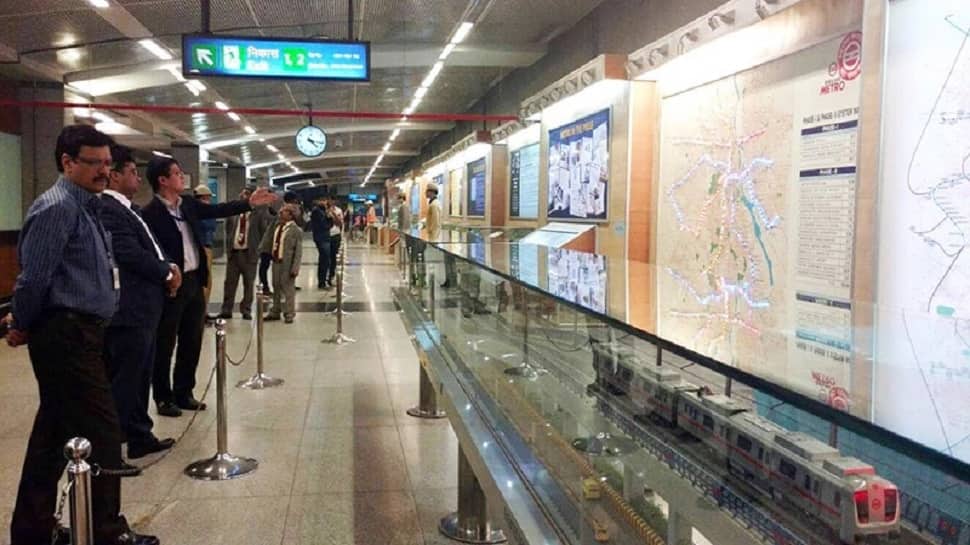 The Delhi Metro Museum was started in 2009 at Patel Chowk Metro Station and has around 50 different panels, models, exhibits and photo galleries. Explaining a pantograph, a senior metro official said it was equipment mounted on the roof of the train and used to draw power from overhead electrification (OHE) wires.

“One of these pantographs, currently out of use, has been refurbished and put on display at the museum. An information panel, as well as photographs of pantographs used in subways, were also on display,” he said.

To show the growth of metro networks in the country, models of eight different metro trains, including those used by the Delhi Metro, were also displayed at the museum, the official added.

“This exhibition will give visitors an idea of ​​the rapid growth of metro networks in India over the past few years,” the official said.

Despite the constraints posed by the Covid-19 pandemic, the Delhi Metro Museum has added another exhibit showcasing the prestigious Japan Society of Civil Engineers (JSCE) award received by the DMRC, he said.

According to metro officials, a specialized agency has been mobilized to maintain the giant digital screen as well as other metro models, stations and the cutting head of a tunnel boring machine (TBM).

“An extensive redevelopment and maintenance exercise has also been undertaken to make use of this period of fewer visitors to the museum. In a major exercise, the exterior facade of the old panels has been refurbished with new designs to give the appearance general make the museum more attractive,” added the senior official.

The rubble brings opportunities and risks to Gaza

Cyberattacks increase amid Covid-induced digitization; The third wave could peak in the next 3 weeks