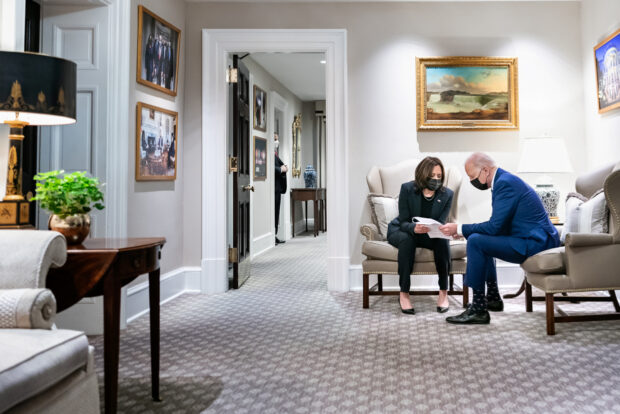 US President Joe Biden, pictured here with Vice President Kamala Harris in March, was featured in many flagship stories of the Global Government Forum in 2021. (Official White House photo by Adam Schultz)

What you have read in the last 12 months

This year has once again been dominated by the coronavirus. From the deployment of vaccines – and their mandate for workers in certain public services around the world – to the gradual return to some form of clerical work, the pandemic and its impact have continued to shape the news agenda of the world. civil service in 2021 – and, if the spread of the omicron variant is to follow, this will also continue in 2022.

Here are some of the most popular stories from the Global Government Forum from the past 12 tumultuous months. Thanks to all of you for reading. The GGF team hope to provide you with more information in 2022.

The Biden administration’s decision to require all federal workers to be fully immunized, with an initial deadline of November 22, has been one of the top stories of the year. In addition to reporting on the original White House edict, the GGF also reported on progress in its implementation, with the departments of commerce and transportation at the top of the table of U.S. federal vaccine mandates.

America was not the only country to impose vaccinations. Canada followed suit, saying in August that the move was necessary to help the country achieve the high levels of immunization needed to maintain a recovery from COVID-19, and it was later to put unvaccinated federal workers in leave without pay.

In other parts of the world, GGF reported on the public service implications of deploying the vaccine. This story looked at the details of the Australian government’s plan for vaccination certificates to open international travel, which was also developed by many other countries in 2021. For example, Italy made vaccination passports mandatory for all. officials.

Canada was also among the countries where GGF reviewed plans to return to the office, as the vaccine rollout allowed people to move from their makeshift office at home to the workplace. This article discussed Public Services and Procurement Canada’s voluntary guidance project to support a return to office work, which more than 200 employees signed up for when it was launched in August. That same month, GGF examined how governments were shaping telecommuting policies in the US, UK, Canada and Australia – surveys revealing UK officials wanted to keep working remotely.

And finally, somewhat far from the issue of the pandemic, compensation continued to emerge at the top of the current agenda. One of our best stories was President Joe Biden’s announcement of an average 2.7% pay rise for federal civilian employees in 2022. Elsewhere, plans to introduce ability-based pay continued to advance in the UK, while a major independent report on the future of the country’s civil service called for fewer but better paid civil servants. Meanwhile, at the end of the year, Biden pledged to “prove government still works” by improving federal services and reducing the “time tax” Americans pay when they interact with the government. government.