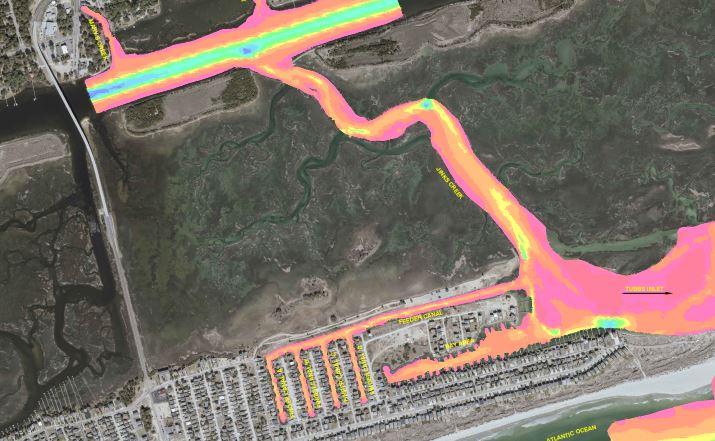 As more and more people move to the coast, there is a constant struggle between developing and protecting our coastal environment.

We must all work together to solve the complex issues facing our North Carolina coast. Currently, this is not happening. The United States Army Corps of Engineers stands at the forefront between future development and the environment. The Corps is an engineer formation of the United States Army that has three main missions: Engineer Regiment, Military Construction and Civil Works. These engineers build dikes, renovate beaches, dredge creeks and authorize others (cities and contractors) to carry out activities such as the construction of terminal groynes and the creation of new or existing navigation channels by dredging. Another important mission is the protection and restoration of aquatic ecosystems. Therefore, and unfortunately, the future of our coastal environment is not in the hands of natural resource agencies and coastal scientists, but rather in the hands of engineers.

A generalized difference between engineers and coastal scientists is that scientists are trained to understand natural systems while engineers are trained to manipulate natural systems. Protecting our coastal environment should require and combine both; the practical expertise of problem-solving engineers as well as the scientific expertise of how nature works. Unfortunately, in problem solving, coastal engineers generally ignore the scientific concerns expressed by coastal scientists. It is this scientific uncertainty about natural events that can negate engineering interventions on the coast. In some cases, the consequences of an intervention can take decades to manifest. This makes it difficult for the general public to access the applications and make the connection between the Corps’ intervention and the consequences it triggers.

The Corps recently approved permits to place a terminal groin at the east end of Ocean Isle Beach and to re-dredge to create a navigation channel in Jinks Creek at Sunset Beach. What does science say about these two projects? What are the likely future consequences that taxpayers, residents and vacationers of Ocean Isle Beach and Sunset can expect?

Example 1. A terminal groin has been approved for the east end of Ocean Isle Beach as the beach in this area is eroding. A groin is a long, solid structure that extends through the water, perpendicular to the shore, and is usually made of cement or rock. The groynes prevent erosion by trapping the coastal transport of sediment on the upward drift side of the groyne. Wave action naturally removes sand from the beach and this sand enters the shoreline current and moves the sand parallel to the shoreline. On the beaches of Brunswick County, this sand moves from east to west. Terminal groynes act as dams, physically stopping the movement of sand. The groins cause a buildup of sand on the upstream side of the groin, which they are specifically designed for. However, areas further downstream are cut off from natural coastal transport, triggering further erosion.

Figure 1 shows that once the first groyne is constructed, additional groynes will be needed to protect the beach downstream. This figure shows a series of six groynes along a beach. Notice the erosion downstream of the groin at the top of the figure.

On the other hand, soft stabilization such as beach filling, dune construction, marsh systems and living shorelines should be considered before working with hard structures such as terminal groynes. The flexible structures will not subject the beaches of Ocean Isle Beach and possibly Sunset Beach to a series of terminal groynes.

Scientists have clearly expressed concern that dredging a 1,700-foot-long, 80-foot-wide shipping channel that is 5 feet away means that the water level in South Jinks Creek increases the risk. flood and erosion after storm surges at the east end of Sunset Beach. The city-hired engineering consultancy Moffat and Nichol said their computer modeling indicates there will be no increase in flooding or erosion. Engineers say their modeling data estimates that the maximum increase in flooding that can occur in South Jinks Creek could be on the order of only 1/64 of an inch.

According to Dr Pietrafsea, the study by the consulting firm did not take into account non-local wind forcing installed at the mouths of tidal arms, such as Tubbs Inlet which connects to South Jinks Creek, which are stochastic or cannot be accurately predicted, and may exceed the amount of volumetric transport that can be driven into the system, particularly for South Jinks Creek. There is already significant erosion in this area, as evidenced by the extensive sandbag network where Tubbs Inlet meets South Jinks Creek. If the three independent university scientists are correct, landowners in this area can expect more sandbags over the rest of South Jinks Creek and possibly Canal Bay. Sandbags are probably only a temporary fix. What’s next, other hard structures like bulkheads or dikes? What will happen to property values â€‹â€‹in this area?

After the initial dredging, maintenance dredging will be necessary every few years to keep the man-made channel open. What will be the increasing costs of the additional dredging required? Who will pay them?

Another consequence of dredging South Jinks Creek is that it will increase the sediment load deposited in North Jinks Creek. This will bury the high density of the oyster beds. Oysters are a â€œkeystoneâ€ species, which means that their elimination could radically change the ecosystem. What will be the ecological impact on North Jinks Creek and the surrounding primary nursery areas? How can dredging a shallow water tidal stream that has never been dredged before be considered to protect and restore the aquatic ecosystem?

In addition, the increased sediment load deposited in North Jinks Creek will most likely necessitate dredging of North Jinks Creek followed by more intensive maintenance dredging. Again, what will the escalating costs be and who will pay?

The civil engineering work component of the Corps mission includes:

If you protect wisely, you don’t have to restore. They are naturally a function of each other. If we are serious about protecting what little natural environment we have left, we must convince Corps engineers to collaborate with independent university scientists who have dedicated their professional lives to studying our coast. True collaboration leads to win-win solutions.

To stimulate discussion and debate, Coastal Review welcomes different perspectives on topical coastal issues. See our guidelines for submitting guest columns. The opinions expressed by the authors are not those of Coastal Review or the North Carolina Coastal Federation.