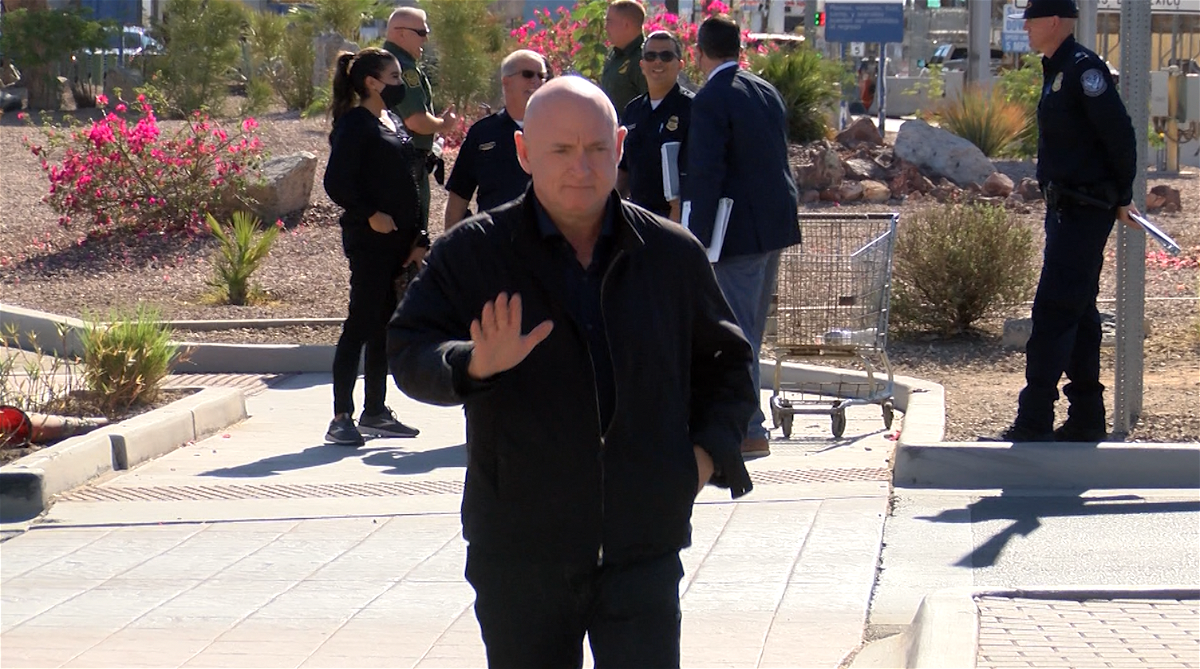 It specifically refers to the current situation in Yuma.

Kelly could very well be one of the first Democrats to take a public stand.

He says he is concerned about border security and wants to fill alleged gaps. The Morelos Dam in Yuma is considered one of those gaps, where literally hundreds of people are being routed through this open section every day.

He says he supports barriers and fences, “where they make sense.” In addition to technology like lights and sensors, as well as personnel.

Kelly said Washington has failed on immigration for decades now.

He goes on to say in this letter to the president, that the obvious short deviations are straining the community, the border patrol and the already overwhelmed hospital.

â€œWe need better border security technology. We also need to address some of the gaps that exist in the border fence in the Yuma region. I mean, those little gaps that just present a big challenge for the border patrol, â€said Senator Kelly.

Senator Kelly said the president responded to his latest request, which called for more agents from Yuma – but again, he believes more needs to be done to secure a quote – “a more secure, humane process. and ordered “.

Our conversation with the senator will continue on Friday. Make sure you keep it here for exclusive border coverage. News 11’s Cody Lee, will have more of his interview with Mark Kelly regarding the current crisis – and what he’s trying to do at the federal level.