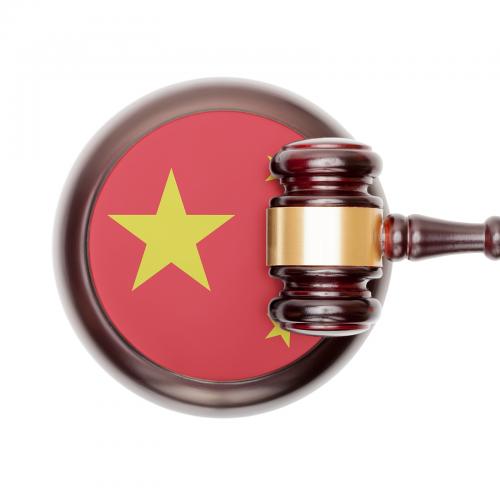 In a decision published on September 18, 2022 by 知识产权那点事 (not yet available on the Supreme People’s Court website or China Judgments Online), the Supreme People’s Court (SPC) of China upheld the right of Chinese courts to set the worldwide prices for FRAND licenses. for standard essential patents based on a connection to China. OPPO had sued Nokia in Chongqing asking the People’s Court to set global license rates for Nokia’s Standard Essential Patents (SEPs), which it did. On appeal, the SPC upheld the right of Chinese People’s Courts to set global SEP license prices in a decision that follows the earlier Sharp/OPPO case. Note OPPO suffered an earlier loss in Europe to Nokia’s SEPs and this SPC decision could effectively undo it by allowing a relatively low licensing rate.

Relevant factors in the decision included OPPO is a Chinese company, a large percentage of patents are Chinese, China will be the primary source of revenue, China was where license negotiations took place, and China is where there are property that can be used for enforcement.

The SCC explained that there are three questions: (1) whether the Chinese court has jurisdiction to hear this case; (2) Whether it is appropriate for the court of origin to exercise jurisdiction over the case; and (3) Whether the trial court is appropriate in this case to rule on the terms and conditions of license of the relevant standard essential patents.

(1) Whether the Chinese court has jurisdiction to hear this case

The contentious issues in this case are primarily based on the SEPs arising from OPPO’s request to Nokia to set licensing terms (including but not limited to China’s global licensing rates) in accordance with the principle Fairness, Reasonableness and Non-Discrimination (FRAND) . OPPO is the enforcer of the SEPs involved in the case, which is a Chinese company; the counterpart, Nokia Beijing, a subsidiary of Nokia, is also a Chinese company. There was a patent license agreement between OPPO and Nokia. The two parties negotiated the renewal of the agreement and the licensing of certain new standard-essential patents when the previous license agreement expired. The main trading site is in China, and Nokia Beijing also participated in the trading. The statement provided by Nokia to OPPO as part of the jurisdictional objection filing stated that the Chinese patents accounted for 46% of the affected MS family. Based on the FRAND license commitment made by Nokia for the relevant SEPs, if OPPO insists on asking Nokia to grant a license on FRAND terms, it can be reasonably expected that the place of performance of the contract between the two parts will be mainly in China. Therefore, China is the primary place of authorization for the standard essential patents involved in this case, the place of negotiation of the license agreement, the place of performance of a contract reasonably foreseeable after the conclusion of the contract and the place main implementing license, and has an extremely close geographical connection to the dispute in this case, so the Chinese court has undisputed jurisdiction over this case. Nokia Corporation claims that this case does not fall within the jurisdiction of the Chinese court and has no factual and legal basis. Therefore, the Supreme People’s Court refused to support it.

Once the holder of a standard essential patent makes a FRAND license commitment, the licensing choice they face is no longer a question of whether to grant a license to use in principle to the performer. , but a matter of specifically allowing the use of the performer under what conditions. The dispute mainly relates to the negotiation and conclusion of the standard-essential patent license agreement, that is, a contractual dispute. In principle, licensing disputes are contractual disputes; at the same time, in such litigation, the patent holder may claim that the unauthorized implementation of the patent by the executor constitutes infringement, which has some characteristics of infringement litigation. As mentioned above, as the patent holder of the affected SEPs, Nokia Corporation has an obligation to negotiate with the licensor in good faith on reasonable terms based on its FRAND license commitment. Evidence provided by OPPO initially shows that OPPO Chongqing is located in Yubei District, Chongqing, and develops, manufactures, uses and sells mobile phone products in Chongqing. Chongqing is one of the main places of implementation of relevant standard essential patents. As the people’s court where the patent in suit was primarily enforced, the trial court had a proper connection to the dispute here, and therefore it was not improper to exercise jurisdiction over this case accordingly. Nokia argued the original court lacked jurisdiction, saying the case should be transferred to the Beijing Intellectual Property Court, which lacks factual and legal basis, and the Supreme People’s Court does not support it.

The evidence in this case shows on a preliminary basis that the two parties have negotiated the global license terms for the relevant standard essential patents, and both parties are willing to reach a license agreement, which forms the basis factual basis of this case to determine the overall license terms. for the standard-essential patents concerned. In addition, the evidence in this case also shows on a preliminary basis that Chinese patents account for a large portion of the standard essential patents at issue, and that China is the primary location where the standard essential patents are at issue and the main source of revenue, and where the parties negotiate the licensing terms of the relevant patents. This is also where the patent license applicant, OPPO, can provide preservation of ownership or enforceable ownership. Therefore, the SEP licensing dispute in this case is clearly more closely related to China. It is not only more useful for OPPO to have a Chinese court set the license terms, but also to facilitate the execution of the judgment. In principle, the court of first instance has jurisdiction over this case, i.e. it has the right to hear the disputes in this case and to make judgments on the issues in dispute in this case. Nokia’s assertion that the trial court is not competent to adjudicate the civil litigation in this case, i.e. the license terms of the SEPs involved in the case at scale world, lacks factual and legal basis, and the Supreme People’s Court does not support it.

The text of 知识产权那点事’s review can be found here (in Chinese only).