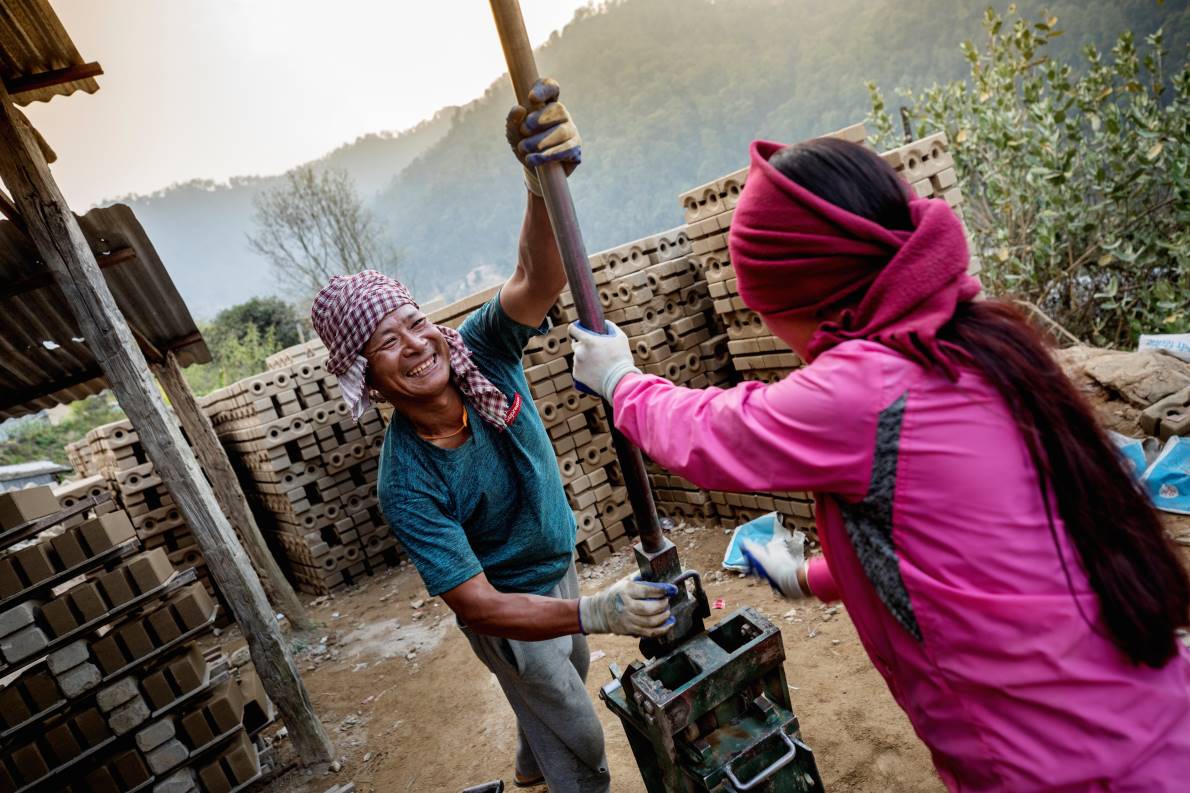 Build Up Nepal solves the housing crisis in Nepal

COLORADO SPRINGS, Colorado – In April 2015, “a 7.8 magnitude earthquake” rocked Nepal. The disaster claimed 9,000 lives, shattering almost all of the surrounding infrastructure. The earthquake destroyed hundreds of thousands of homes, leaving the impoverished people of Nepal without shelter or resources to help them get back on their feet. As a social enterprise, Build up Nepal intervened to solve these problems.

Bina Shrestha is a Nepalese entrepreneur who was inspired to help her country recover from the 2015 earthquake. Shrestha and her husband Björn Söderberg decided to join other humanitarians to rebuild homes for Nepalese who do not couldn’t afford to rebuild their lost homes. But, for Shrestha, providing housing for needy Nepalese was not enough.

“There were no jobs and [citizens]couldn’t afford a new home, ”Shrestha said in an interview with The Borgen Project. “We realized that the only way to rebuild on the scale needed in remote villages is to allow people to build themselves using local materials. We interviewed several families, all of whom dreamed of living in a safe brick house. But no one could afford it. As a solution, Shrestha launched Build Up Nepal with the objective of “creating long term economic development in rural Nepal where people are often forced to migrate because they cannot find work”.

A nation in peril

Before 2015, many people in Nepal were already living below the poverty line. According to Global Hope Network International, “only 46% of the population has access to basic sanitation” and access to clean water is limited. In addition, quality education is scarce and the literacy rate is around 65%. Estimates indicate that the 2015 earthquake pushed nearly a million Nepalese below the poverty line. Not only did the earthquake destroy countless homes and surrounding infrastructure that communities needed to function, but it also destroyed much of the land on which Nepal depends for agriculture and farm income. As such, the process of rebuilding and recovery was going to be arduous.

Shrestha understood immediately how much Nepalese families needed help, especially the need for women to achieve financial independence. When she was only 18, Shrestha was forced into an arranged marriage. “I had ambitions beyond staying at home, cooking and cleaning, but I was not allowed to leave the house,” she told Global Citizen. “I divorced my husband at a very young age and struggled as a single mother for years. It is a socially discriminating environment, where women have had to fight. After her divorce, Shrestha obtained a BA in English Literature and a Masters in Business Administration. She then became an entrepreneur and started two businesses.

Since the inception of Build Up Nepal, Shrestha has devoted all of her time to helping the recovery of the hardest hit and neglected areas of the country. The organization provides the most optimal assistance by employing community members to bring long-term stability and growth to impoverished communities.

Build Up Nepal also guarantees that it does not destroy the environment during the rebuilding process. The organization uses inexpensive and environmentally friendly building materials. So far, Build Up Nepal has rebuilt over 4,500 homes across Nepal, thanks to Shrestha and her humanitarian work. The Build Up Nepal website describes its impact. Build Up Nepal works with “250 entrepreneurs and communities”, creating 2,500 job opportunities.

For the construction of the houses, Build Up uses what it calls interlocking bricks, which “are produced in the village using sand, earth and 10% cement allowing poor families to build resilient houses. low-cost disasters “. The specific masonry technique used by the organization has already reached more than 300 Nepalese villages. “With our technology (Compressed Stabilized Earth Bricks), [Nepali people] can build tiny homes 20-25% less than fired bricks, cheaper, and better than any charity can handle.

The process of rebuilding houses across Nepal has not been entirely smooth and straightforward. To begin with, Shrestha explains that it is always a challenge to have a “lasting impact on poor villages” where so many factors contribute to the villagers’ lack of income. Every factor, such as bad roads, corrupt politicians, alcoholism and lack of jobs, is a hindrance on the way to progress.

“After the first two years, we decided to abandon our model of donor-funded projects to work directly with entrepreneurs and rural communities as a social enterprise,” Shrestha and Söderberg told Project Borgen. “Our main goal now is to help local micro-entrepreneurs start small construction businesses in their villages, make eco-friendly bricks and build low-cost houses. The couple say the change in leadership has been a struggle, but it has also led to more job opportunities, greater sustainability and more efficiency.

In 2021, a staff member from Build Up Nepal nominated Shrestha for the Waislitz Global Citizen Award. “I never thought we were going to win the grand prize! Said Shrestha. “Corn [I] I feel very honored and hope this will make others believe in their ideas. She plans to use the $ 100,000 price to achieve Build Up’s 2030 goal: “1,500 trained entrepreneurs, 15,000 jobs and 200,000 low-cost housing. In addition, Shrestha hopes to expand the business to cover all of Nepal and support even more micro-entrepreneurs in setting up construction companies specializing in affordable and safe housing for the poor.

Build Up Nepal also has other goals for the future of the organization. “Over the next five years, we aim to support 1,000 micro-enterprises and build 50,000 low-cost houses in Nepal. In addition, the organization aims to “expand to other countries and replace polluting fired bricks.”

Build Up Nepal understands the impact of safe and affordable shelter on poor communities in Nepal. Safe, clean and solid housing is not only a basic right, it is also a chance for a family to escape poverty. “A house is the biggest investment” an impoverished family can make because shelter provides “a basis for a stable life”, which is why the organization aims to make houses “affordable for all”.

Construction of the I-70 Rocheport bridge to begin in October