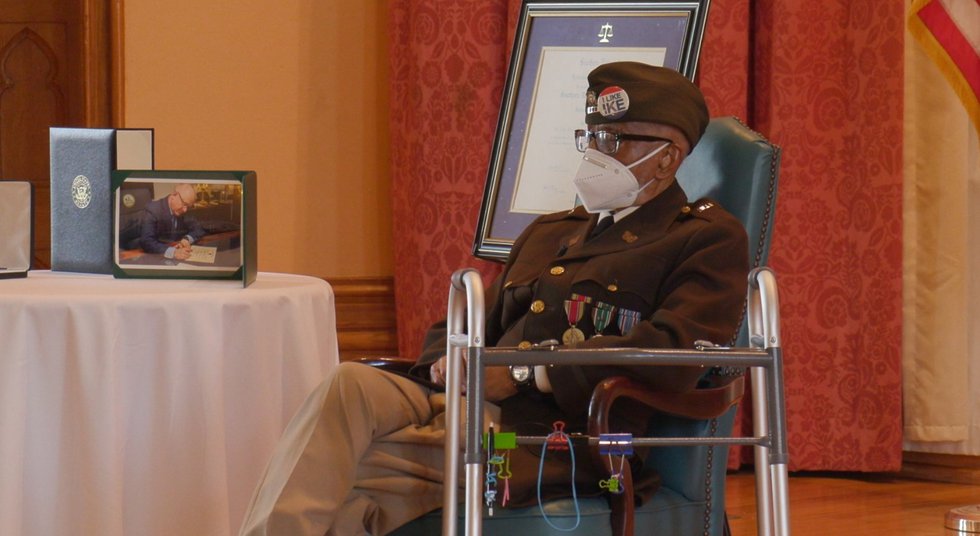 Mada McDonald, a goddaughter of Jones, said he died early Saturday morning, April 23, at the Veterans Facility in Jackson, Louisiana. He was 102 years old.

RELATED: The lawyer who was instrumental in the Baton Rouge boycott celebrates his 100th birthday

Johnnie A. Jones Sr. was born November 30, 1919, in Laurel Hill, Louisiana, where he was raised on Rosemound Plantation by his parents who farmed 73 acres of land. At 22, he was tested as the first black soldier for the position of warrant officer in the army. He returned from Mississippi to Louisiana during the Jim Crow South era and worked selling insurance to black families in the state. He was also very involved in the NAACP.

Last year, when he was 101, heads of state honored Jones with a Purple Heart. He was a World War II veteran who earned the Purple Heart honor for fighting while wounded on the beaches of Normandy.

Jones has received numerous awards, certificates, plaques and medals during his life in the Baton Rouge community, and he has been recognized at the local, state, national and international levels, McDonald said.

“We truly appreciate his tireless work in the Baton Rouge community,” McDonald said.