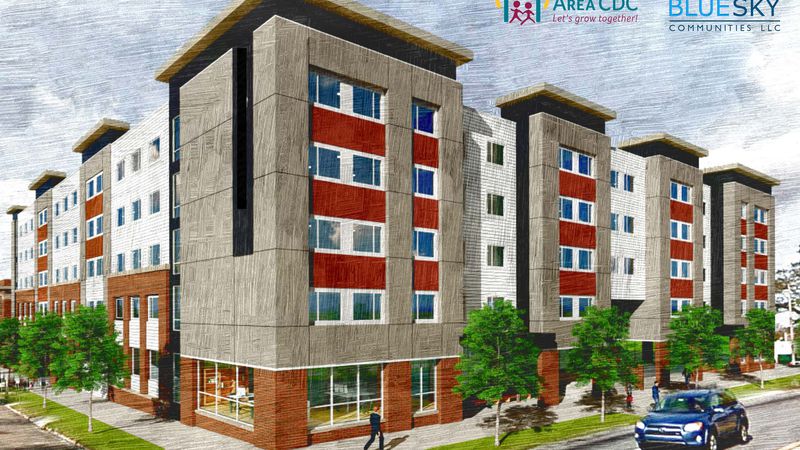 Affordable housing complex under construction in the University District of Tampa

Affordable apartments are badly needed across Tampa Bay after a year of record rental hikes. But they’re especially needed in Tampa’s college district, say those building a new compound there.

The apartments, called Uptown Sky, are under construction at the intersection of 12th Street and Fletcher Avenue after the project began in September.

When the complex is completed, it will have 61 units, all reserved for people earning less than the region’s median income. This means that, depending on the type of unit and the number of people in the household, they will be available to families earning between $ 25,850 and $ 55,860, one of the developers said.

“The Uptown neighborhood has a decades-long history of being a place where the poor rent out old units… and a lot of them are in disrepair,” said Shawn Wilson, president of Tampa-based Blue Sky Communities, which is developing the complex in partnership with the University Area Community Development Corporation. “A building like this, in an area with so many shoddy options for residents, is going to give them a better quality of life.”

The total cost of the complex is expected to be $ 17.9 million, he said. The project is funded by a combination of bonds issued by the Hillsborough County Housing Finance Authority, a low-interest county loan, and a tax-deductible investment by the Aetna health insurance company , according to a press release.

The complex is expected to be completed by the end of next year.

All floor plans will include two or three bedrooms, as the development is geared towards families, Wilson said.

There is no formal waiting list for Uptown Sky, although interested tenants can register on the development site be notified when the property begins to receive inquiries, likely around August. Wilson said that once applications are open, it will be on a first come, first served basis so that the people who submit them fastest are considered first.

He also said he expects demand to exceed the number of available apartments.

“We have 61 units but we’re going to have at least 500 people on the waiting list when we open the applications, I’m sure,” Wilson said.

In addition to the apartments, Uptown Sky will also offer programs for renters, the developers said, such as swimming lessons at the resort’s pool, yoga and karate. There will also be a computer lab with courses in resume writing, applying for jobs and other professional skills.

The name of the project was chosen after a series of events for local residents, said Sarah Combs, CEO of the University Area Community Development Corporation. The “sky” was inspired by Blue Sky Communities.

We’ll provide you with the latest news and information you need to know every weekday morning.

You are all registered!

Want more of our free weekly newsletters delivered to your inbox? Let’s get started.

Explore all your options

“This song by Bruno Mars, Upscale funk, was very popular at the time, ”Combs said. “So Uptown Sky was born. “