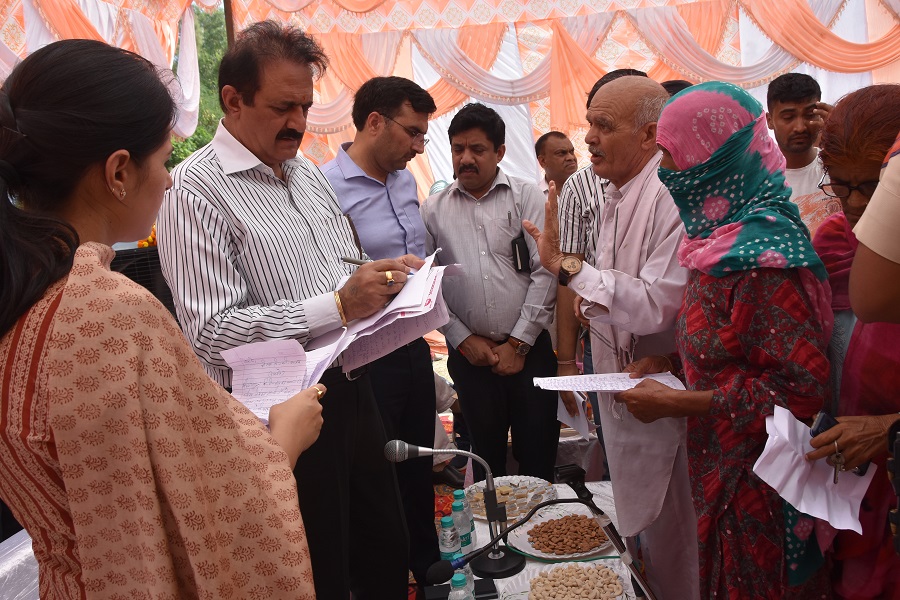 The Janata Darbar was held in the village of Garhwal after about four years. The DC also gave a nod to development works worth Rs 82 lakh, which had been pending for a long time.

DC also started a special collection of drops for polio by donating a dose to a child at the primary health center.

The DC ordered officials to build streets, an outer road (firni), renovate the chaupal, the return wall of a pond, a shed in the ground of the crematorium and a rainwater harvesting system in a school. He also ordered the repair of a transformer, the construction of a school street and the resolution of the problem of the shortage of teachers in a school at the request of the villagers. He also gave his approval to the authorities for the construction of a drain from Gharwal to Banwasa and an open gymnasium in the village.

Siwach, while addressing the rally, said the government had ordered officials to go to villages to solve people’s problems.

He and officials traveled to Garhwal village, the last village in the district and touching the border of three districts – Sonepat, Jind and Rohtak.

He assured people that he would try to complete the genuine works first. It is a waterlogged area and people have to face many problems every year. If people show up to evacuate the water through their tractors by motor pump units, the administration would be ready to bear the diesel expense, he said.

The DC called on people not to burn crop residues as the NGT had a special watch on this and if anyone was found burning the residues strict action would be taken against them. He called on farmers to manage their crop residues for which agricultural tools were available.

On this occasion, the farmers also made a commitment not to burn the stubble. The DC also asked them to submit the KYC for Kisan Samman Nidhi Scheme.